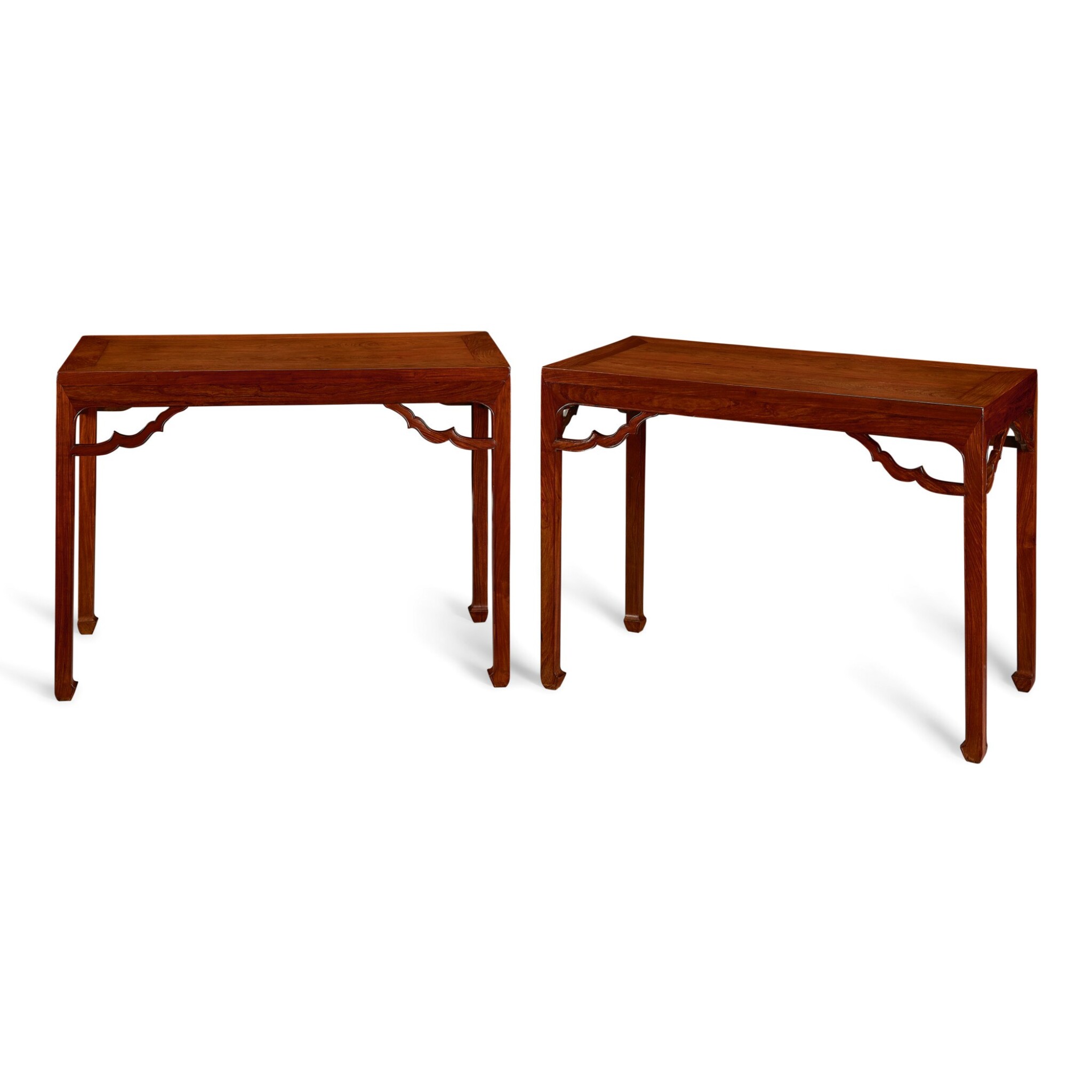 each of simianping, 'four sides flush' form, the top panel set within a rectangular frame above a plain beaded apron, all raised on four straight legs of square section, beaded along the inside edge ending in hoof feet, joined to the apron at each corner by ruyi-shaped scrollwork spandrels

This elegant pair of tables exemplifies the ingenuity of Ming carpenters, who developed sophisticated joinery techniques to create tables that could support heavy loads with the minimum use of material. The restrained elegance of these tables is achieved through their simianping, or ‘four corner’s flush’, construction where the legs are set flush to the table top, and joined by carved spandrels that add stability and strength. This design, which first emerged in the Song dynasty (960-1279), was considered one of the most attractive furniture designs in the Ming period.

Narrow rectangular tables with legs at the four corners (zhuo) were some of the most versatile types of furniture, ubiquitous in every Ming households. Woodblock printed illustrations depicts them being used in numerous different ways, according to different needs and contexts. They are commonly depicted in bedrooms and used as writing desks or for informal meals, against the side walls of reception halls where flowers or other tasteful objects were displayed, as well as for formal dining. In such occasions, they were generally fitted with textile frontals, as in a Ming dynasty woodblock illustration of the drama Fen Xiang ji [A record of burning incense], illustrated in Craig Clunas, Chinese Furniture, London, 1988, fig. 34.