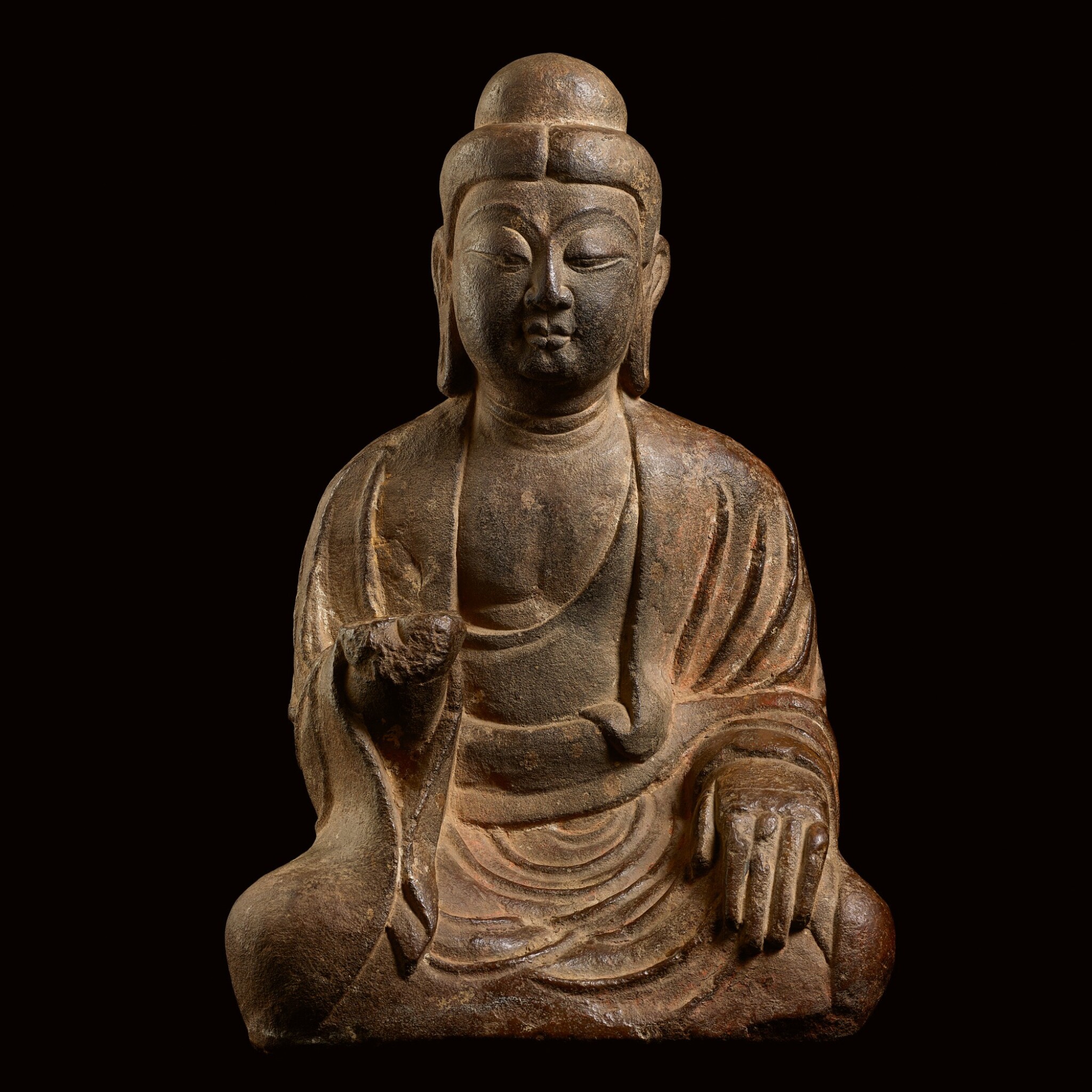 carved seated with the right hand held in bhumisparsha mudra, portrayed dressed in a traditional style Indian garment draped over the shoulders and partially exposing the chest, the textiles depicted cascading in folds, all below the serene facial expression flanked by a pair of pendulous earlobes, wood stand

This sensitively carved figure of Shakyamuni Buddha encapsulates the sensuous naturalism of the Tang dynasty, where the religious message is delivered through an accessible form of human beauty, a period marking the fully matured style of Buddhist stone sculpture in China. The Buddha is depicted wearing a traditional Indian garment over his shoulders, the folds of the drapery naturalistically depicted. The figure closely relates to carved figures of Buddha in other media from the Tang dynasty. See, for instance, a larger dry lacquer figure of Amitabha Buddha in the collection of the Metropolitan Museum of Art, New York, illustrated in Denise Patry Leidy and Donna Strahan, Wisdom Embodied: Chinese Buddhist and Daoist Sculpture in the Metropolitan Museum of Art, New Haven, 2010, cat. no. 13. For a larger limestone example, see a Buddha from Shaanxi province, dated to AD 639, illustrated in Osvald Sirén, Chinese Sculpture from the Fifth to the Fourteenth Century, vol. 2, Bangkok, 1998 ed., pl. 365. See also a painted marble figure of Buddha with similar iconography and treatment of the drapery, from the Arthur M. Sackler collection, sold at Christie's New York, 18th March 2009, lot 359.