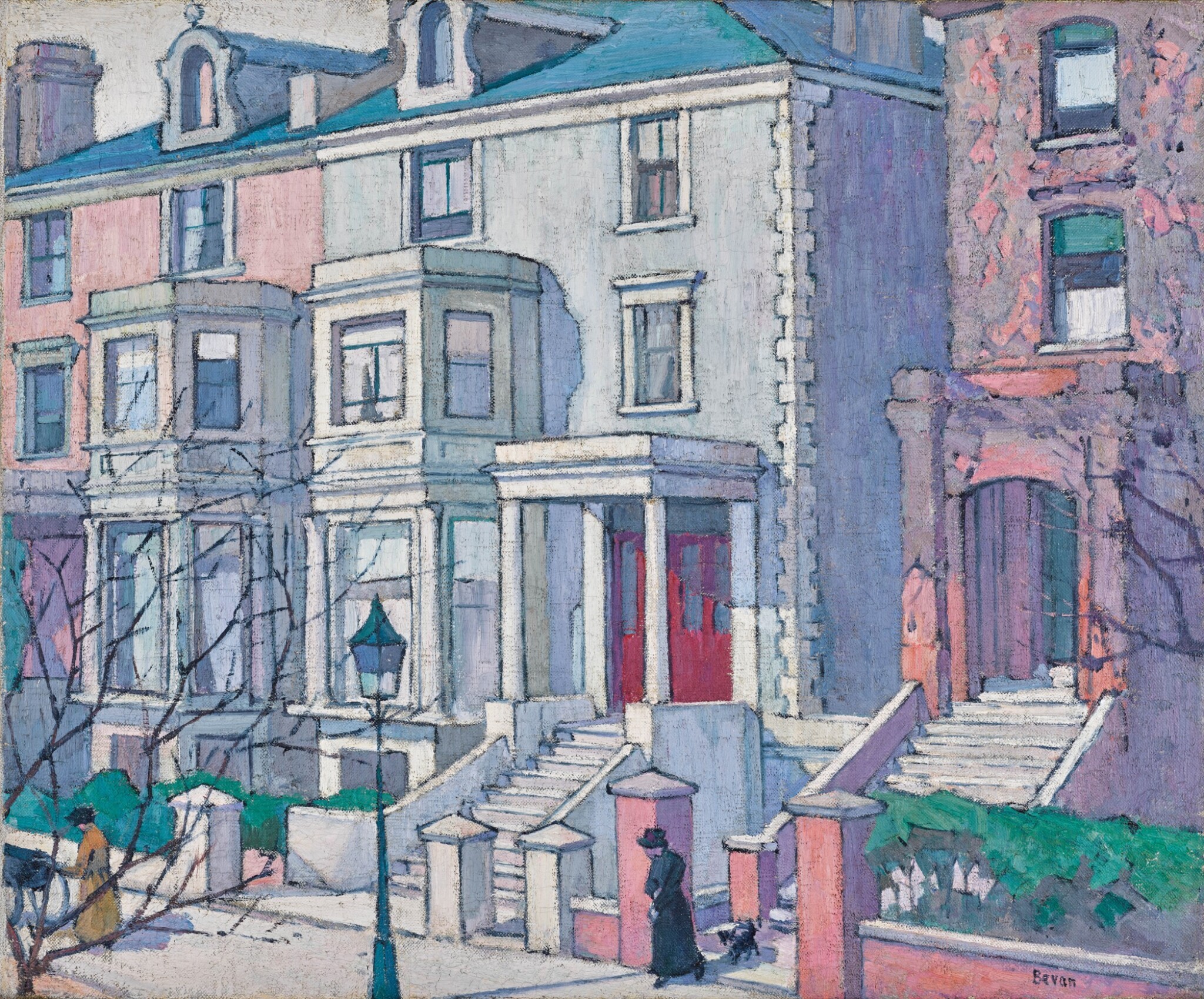 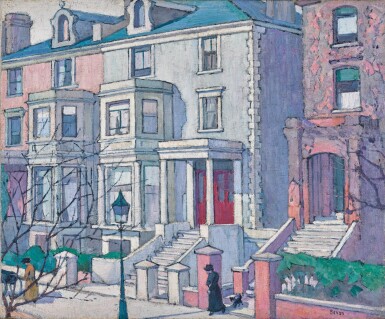 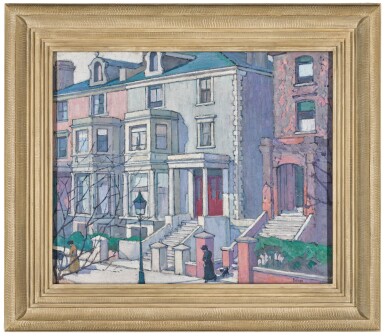 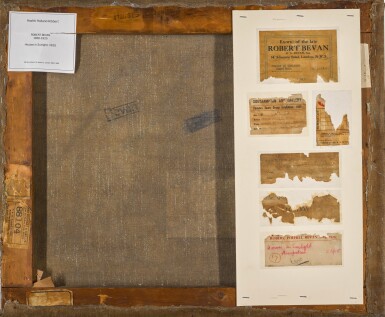 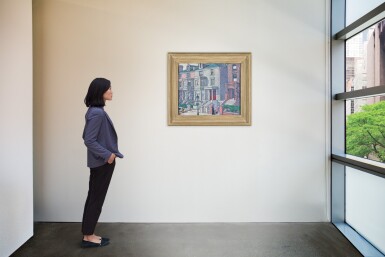 We are grateful to Patrick Baty for his kind assistance with the cataloguing of the present work. Patrick is currently compiling the catalogue raisonné of the Artist’s work, and would like to hear from owners of any works by Robert Bevan, so that these can be included in this comprehensive catalogue. Please write to Patrick Baty c/o Modern & Post-War British Art, Sotheby’s, 34-35 New Bond Street, London, W1A 2AA, or email modbrit@sothebys.com.

The following condition report has been prepared by Hamish Dewar Ltd:

The canvas is unlined with the artist's stamps on the reverse. The turnover and tacking edges have been strengthened with what appears to be a partial strip-lining and are attached to the stretcher-bars with staples.

The painting would therefore appear to be in very good and stable condition and no further work is required.

Acquired by the Mellon Bank, Pittsburgh, by 1986

Hazlitt Holland-Hibbert, London, where acquired by the previous owner

London, Goupil Gallery, Fourth Exhibition of Works by Members of the London Group, June 1916, no. 69

London, Anthony d’Offay Gallery, English Paintings from the Bevan Collection, 16 April – 9 May 1975, no. 6, illustrated in the catalogue

New Haven, Yale Center for British Art, The Camden Town Group, 1980, no. 11, illustrated in the catalogue