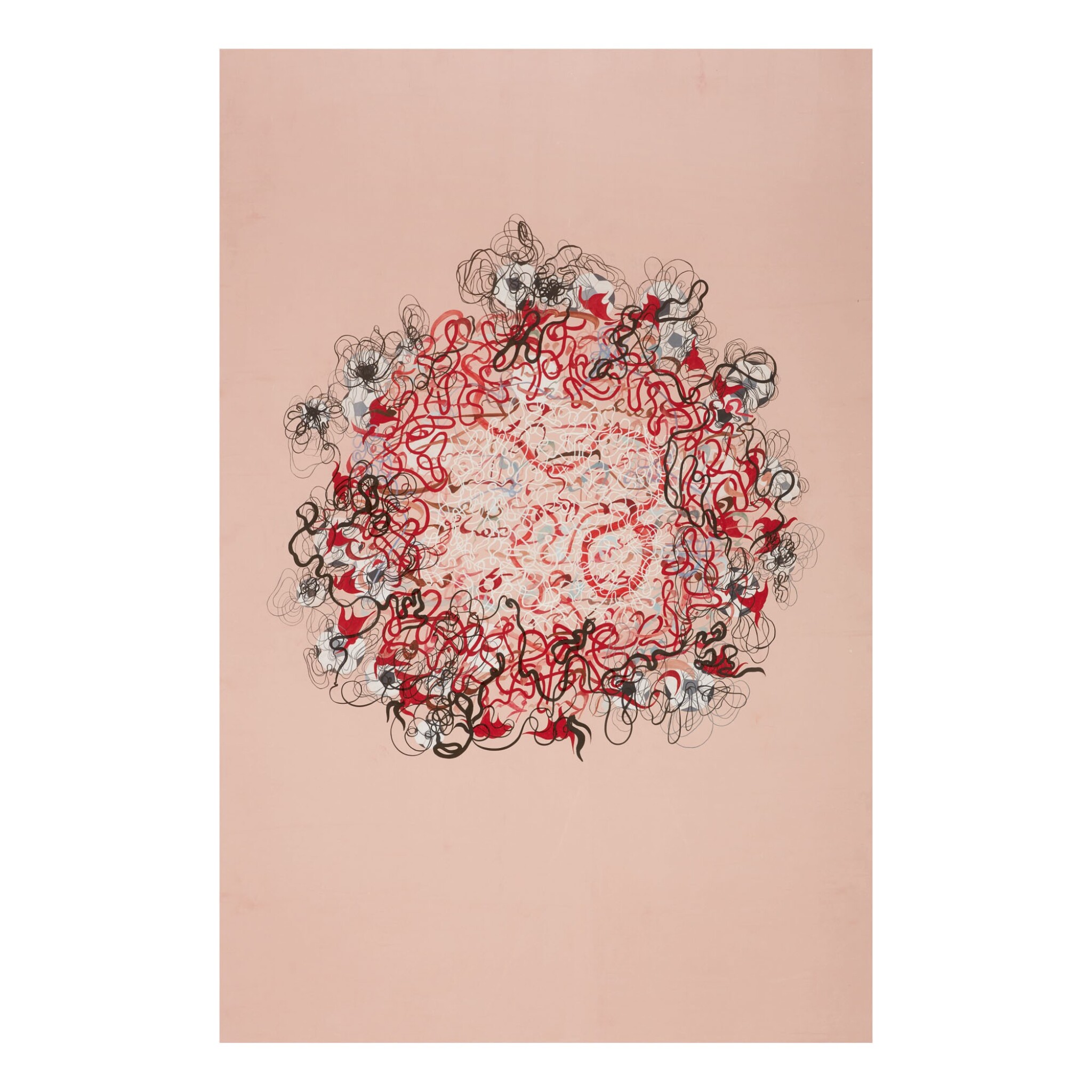 Ink and gouache on prepared paper

After completing her MFA at Rhode Island School of Design, Shahzia Sikander gained international recognition from solo exhibitions and her participation in group shows in prestigious institutions, such as Museum of Modern Art, New York, the Guggenheim Bilbao, as well as her involvement in the 1997 Whitney Biennial and the 54th Venice Biennale. Additionally, Sikander was the first Pakistani-born artist to be inducted in the National Academy of Design, New York, as a ‘National Academician’.

Sikander engages in themes relating to the exploration of cultural and political boundaries through different media such as video, murals and animation to produce her multi-layered compositions. Sikander states, “I’m interested in taking a form, breaking it apart, and then rebuilding it. It is about transformation for me — whether it is the transformation of an image or a mark or a symbol or if it’s a transformation of a genre or transformation of a medium – but it is a very core notion that I think stabilizes my practice.”(S. Sikander, ART21, ‘Shahzia Sikander: The Last Post’, http://magazine.art21.org/2013/01/25/exclusive-shahzia-sikander-the-last-post/#.W4vnWS2ZN24).

This monumental work on paper, from her Pathology of Suspension series, is an example of Sikander’s process of exploration as her art evolved from the academic miniature tradition. The artist’s characteristic layering and interlacing of subjects is prominent here in the form of deconstructed calligraphy and abstract interpretations of fauna. These are rendered in various rates of opacity, concealing all notions of identity and gender.

This work was included in a major solo exhibition, the artist’s first in Australia, and the largest at the time, showcasing works from the early 1990s through to 2007.