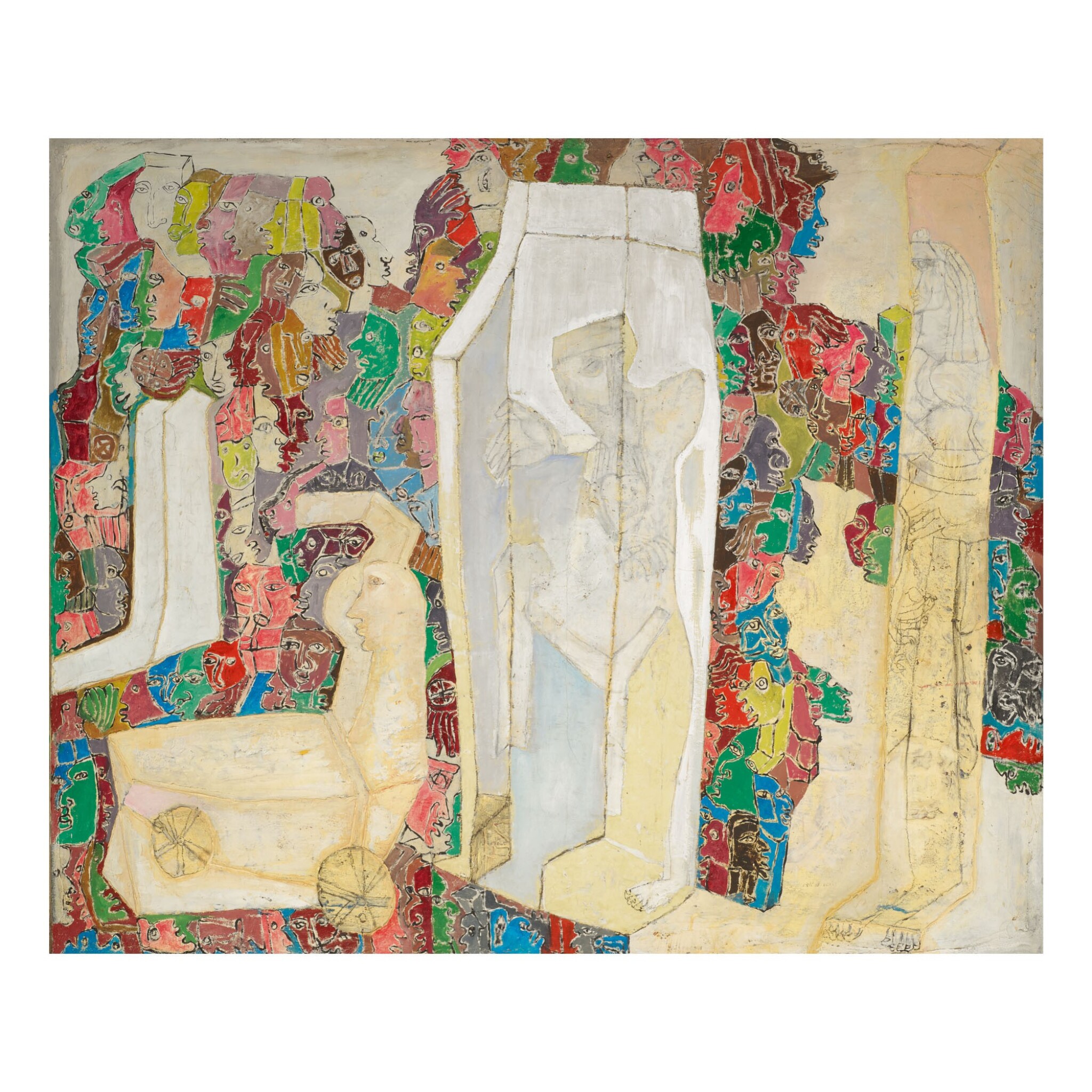 KINGS AND THE CROWD

Mohan Samant was born and raised in Bombay, attending the Sir J.J. School of Art before joining the Progressive Artists' Group on his graduation in 1952. While his work was exhibited among India’s leading modernists from the onset of his career, Samant’s oeuvre - an intensely diverse set of works not marked by a single style or set of references or themes - was relatively less studied until recently, and he has been described as a “missing link” in the history of modern Indian art.

Like artist peers including Tyeb Mehta, M.F. Husain, and V.S. Gaitonde, Samant first traveled to New York on a Rockefeller Fellowship in February 1959, staying in the city until 1964. Samant returned to Bombay from 1965-68 before leaving India permanently to settle in New York. The present works (lots 14 – 15) thus represent Samant’s practice in two different periods of his time in New York, though the earlier work shows a greater relationship to the concerns of his artist peers in India. As across his practice, the earlier painting oscillates between figuration and abstraction, not unlike the near contemporaneous canvas Astrologer (1964) in the collection of the Metropolitan Museum of Art. By the 1970s, Samant’s compositions and narratives became markedly more complex, as seen in Kings and the Crowd. Even still, Samant’s engagement with mythologies and intent to challenge the boundaries between figuration and abstraction continued; the colorful figures (mostly heads) marking the crowd of the background are articulated so as to create flattened and a nearly unified abstract plane.