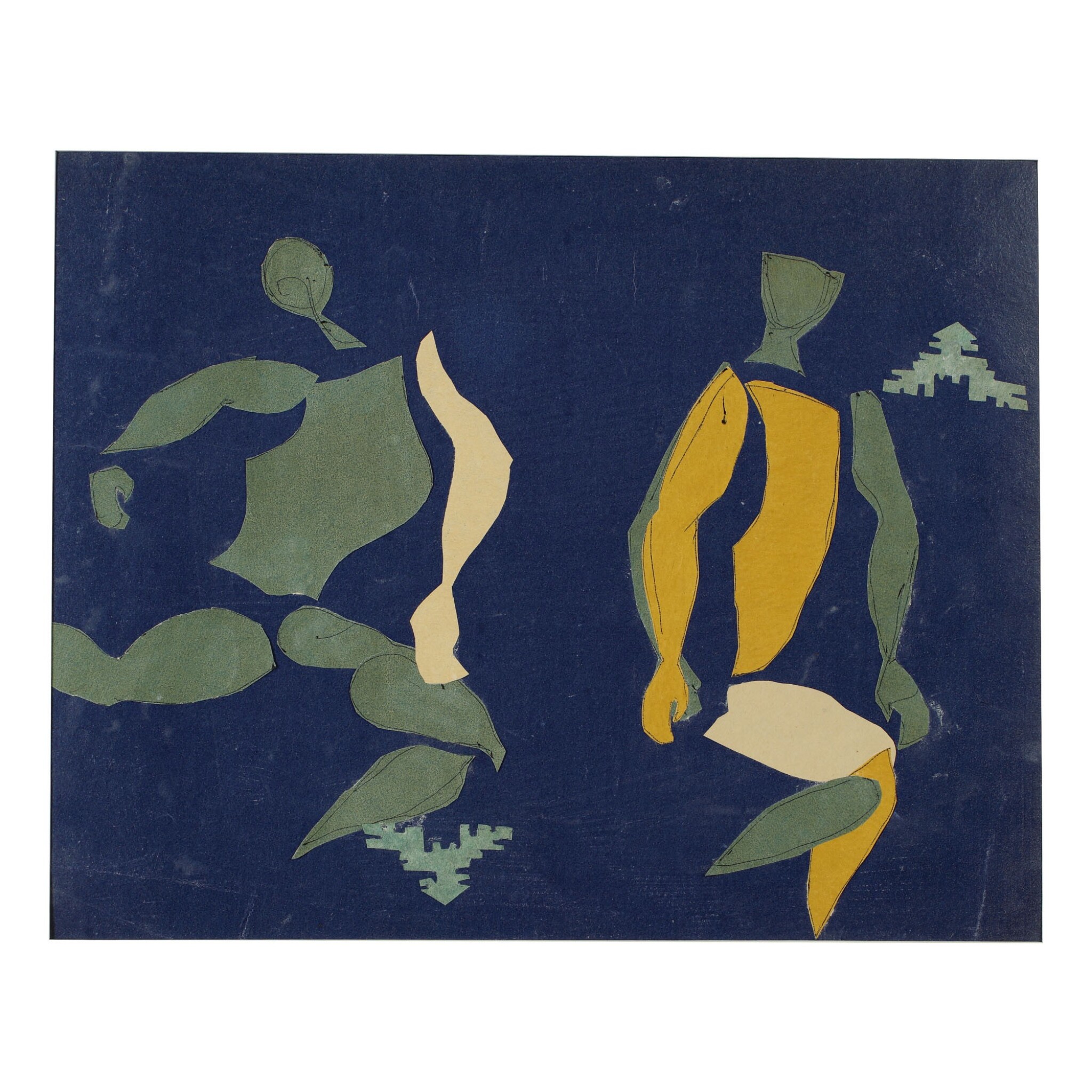 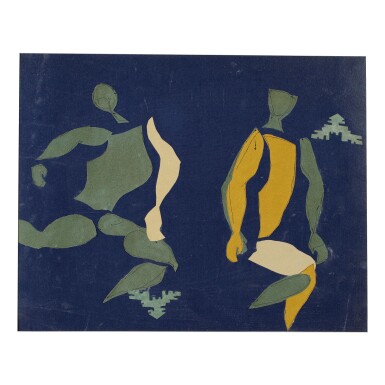 Collage on mount board

Gift from the above

Renowned Indian painter, Dinkar Kowshik was the principal of Kala Bhavan, Santiniketan, joining in 1967 and credited for reshaping the institution. One of his many crowning achievements was the restructuring of the faculty wherein he promoted Benode Behari Mukherjee and Ramkinker Baij to the position of Senior Professors, against all odds. Dinkar Kowshik’s wife, Pushpa, an artist in her own right was very close to Benode Behari Mukherjee. When Mukherjee turned blind after complications of an operation in Delhi, he returned to Santiniketan and was depressed. Pushpa got Mukherjee to start working on his paper cuts; hers was the first hand to help him. He would draw, and she would cut, then she would place the paper cuts on a mount so that he could feel the cutouts with his hands, ask the colors and make the layout. He would visualize the whole thing in his mind and Pushpa would then stick everything with the glue (layee) that she made. Mukherjee gifted this paper cut to her as a gesture of thanks.

Benode Behari Mukherjee was a leading Indian modernist artist and teacher at Kala Bhavana in Santiniketan. He worked across a wide range of media including drawing, print making, sculptures, paper collages and as well as large scale murals. Mukherjee was born with a severe eye problem. He was myopic in one eye and blind in the other. At the age of 53 in 1957 he turned blind which is when he started making paper collages. His previous work was mostly realistic, depicting historical themes, landscapes and flora from his native India. Lot 37 is a typical example of the earlier work from his oeuvre, depicting a landscape, redolent of oriental ink paintings.

‘The total loss of vision…in 1957 made it impossible for him to paint but did not put an end to his life as a visual artist. Changing the course of his art, almost as soon as he was out of the nursing home he began to do drawings, paper cuts and sculptures, drawing on his vivid memory and on the acute sense of rhythm he had internalized through years of observation and practice. Of his post- blindness work, his paper cut outs are the most visually appealing. He did them using commercially produced papers since he could visualize and juxtapose their standard colors on the strength of his memory. This meant that he worked with a limited range of bright colors, but it was also a practical way to make sure that the persons assisting him understood his instructions well… At a certain level, their coloristic brilliance and work method remind us of Matisse’s cut outs. The works of both artists are a conjunction of drawing and sculpting in color using the edge of the paper to represent both the contour and volume of forms…’ (R. Siva Kumar, ‘Benode Behari Mukherjee: Life, Context, Work,’ Benode Behari Mukherjee: Centenary Retrospective, National Gallery of Modern Art and Vadehra Art Gallery, New Delhi, 2006, p. 124)

Whilst Matisse’s collages were large, Mukherjee’s in contrast were smaller in size and more intimate, ‘transcribing a world through the tactile sensations of touch and movement.’ (ibid.) Mukherjee did cut-outs for about 10 years of his career. This is the first time a cut-out of his has been offered in the auction market.