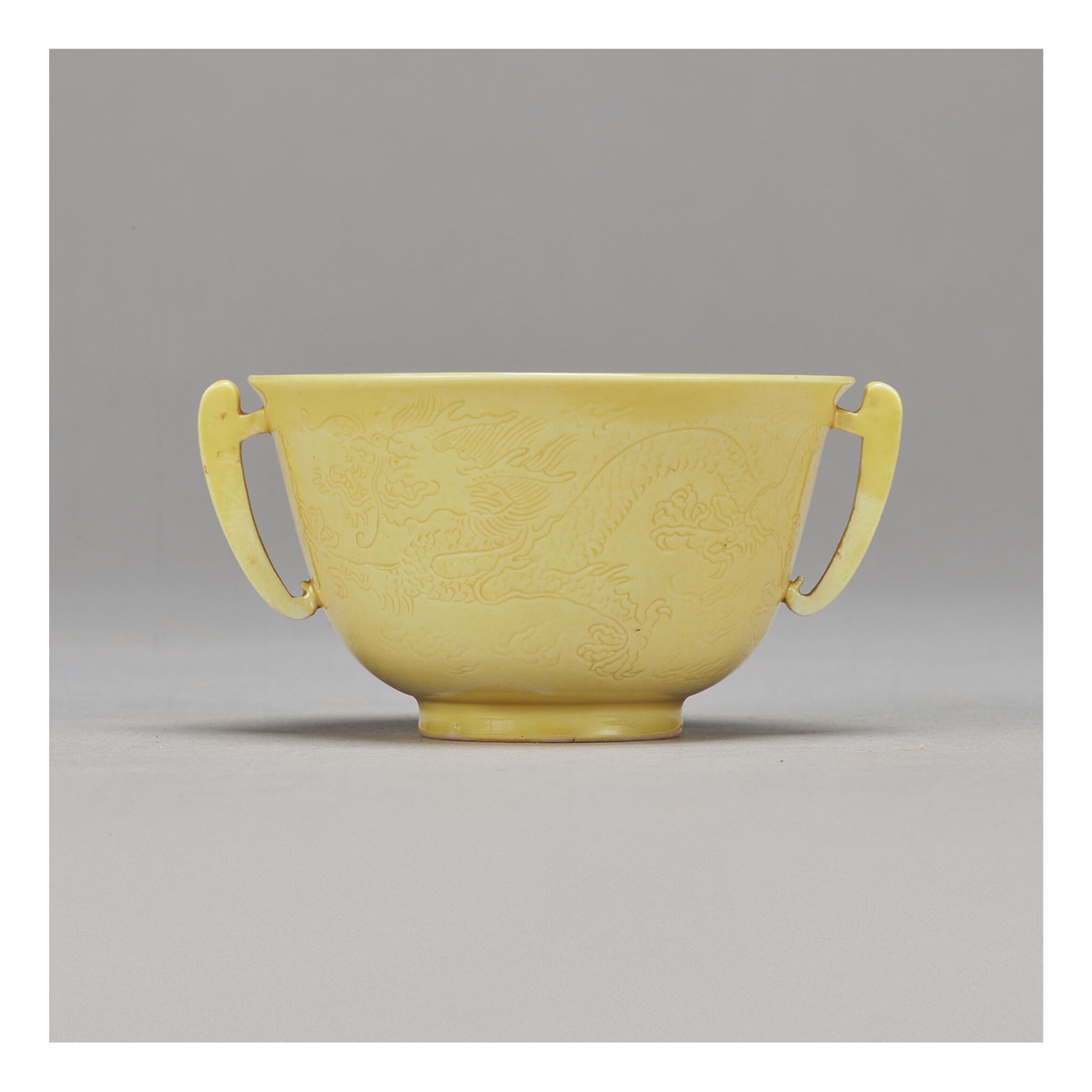 delicately potted, resting on a straight foot, rising to a gently everted rim, applied with a pair of flat archaistic 'elephant tusk' handles to either side, the exterior finely incised with two animated striding dragons amidst flame wisps, each chasing a 'Flaming Pearl', all under a translucent egg-yolk yellow glaze, the recessed base glazed white and inscribed with a six-character mark in underglaze blue within a double circle

Compare a similar cup in the Sir Percival David Collection, now in the British Museum, London, published in Margaret Medley, Illustrated Catalogue of Ming and Ch’ing Monochrome in the Percival David Foundation of Chinese Art, section 6, London, 1973, no. A593. A cup of the same form and glaze, but incised with a narrow band of archaistic dragons, is illustrated in John Ayers, Chinese Ceramics: The Koger Collection, London, 1985, pl. 141. See also one presented with its cupstand, illustrated in Kangxi Porcelain Wares from the Shanghai Museum Collection, Shanghai, 1998, pl. 240. For a similar example to the Shanghai Museum set, but glazed in translucent green, see one illustrated in The Complete Collection of Treasures of the Palace Museum: Monochrome Porcelain, vol. 37, Hong Kong, 1999, pl. 154.

This cup boasts illustrious provenance, having previously been in the hands of two highly important collectors of Chinese art, H.M. Knight and T.Y. Chao. The pair to this cup in the Knight Collection was also purchased by Chao in our Hong Kong rooms, 28th November 1979, lot 327, and subsequently sold in the same rooms, 18th November 1986, lot 101.