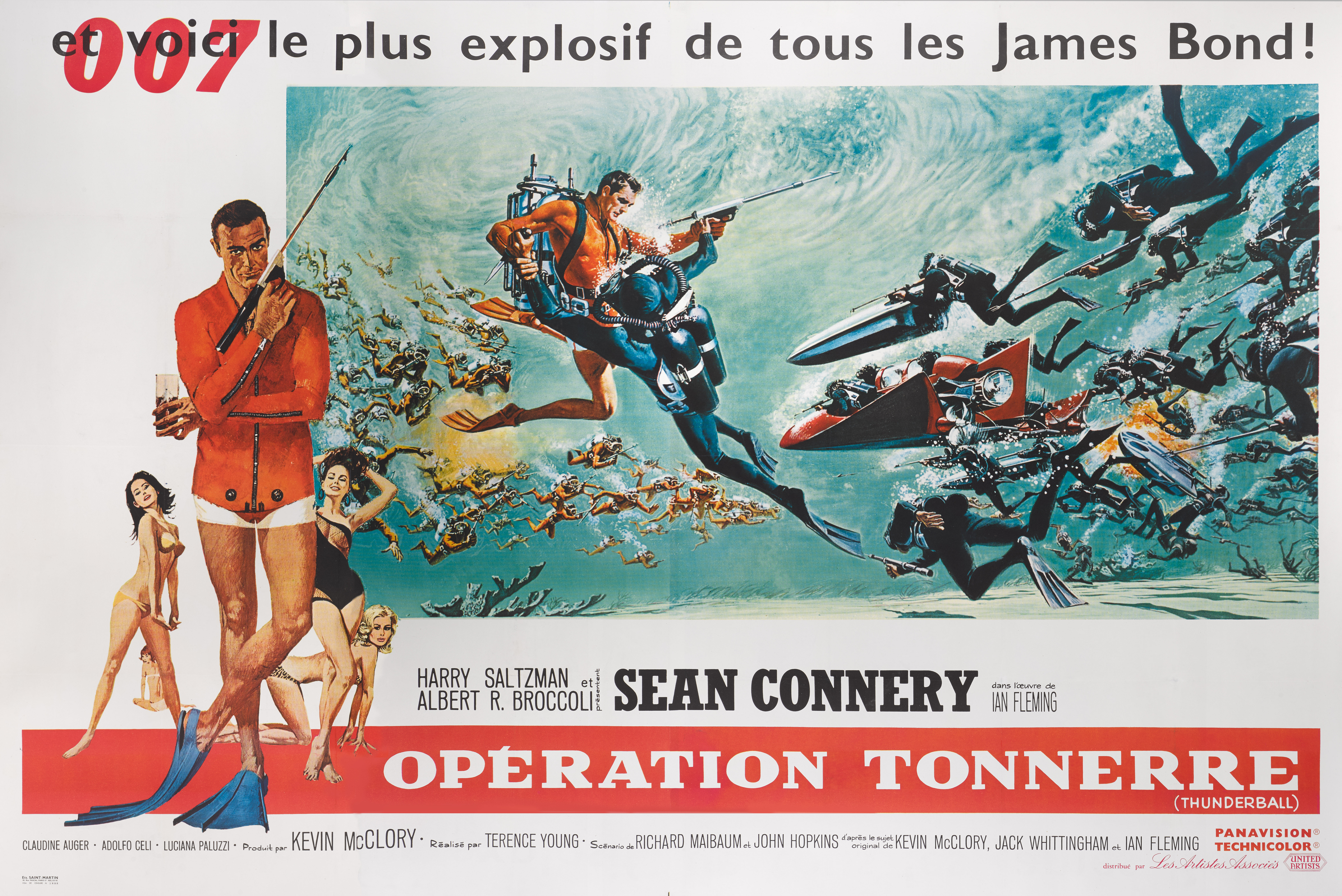 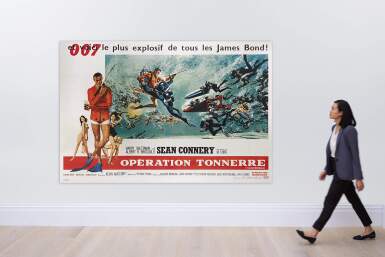 This poster was printed in two sheets, designed to overlap when pasted on billboards. Therefore only unused examples survived. The design on this French poster has focused mainly on the underwater fight scene.

This rare French billboard poster does not surface very often.