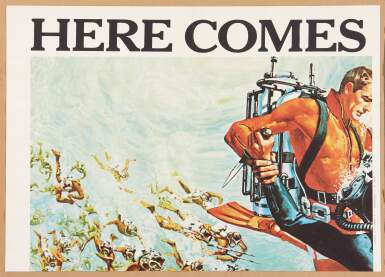 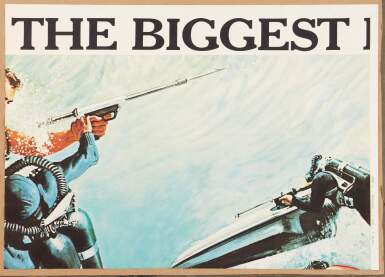 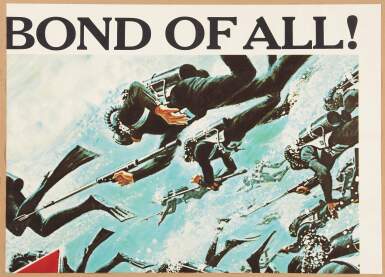 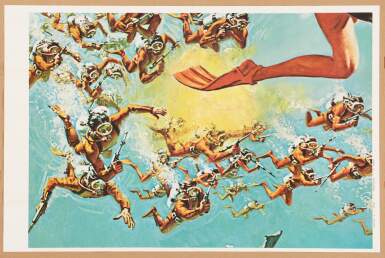 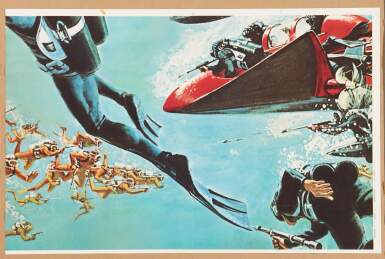 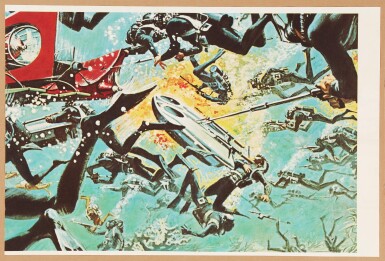 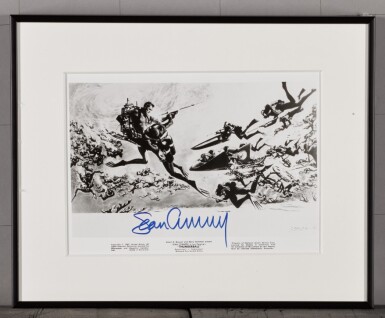 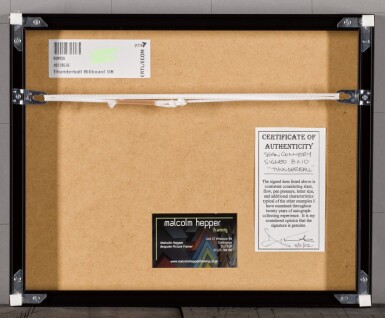 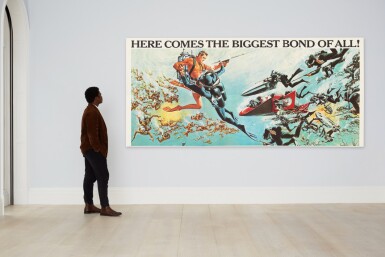 Accompanied by a framed lobby card signed by Sean Connery.

There are only six pieces of this partial billboard poster. The full poster would measure 103 x 228 in. (261.6 x 579.1 cm), and include a standing image of Sean Connery in scuba gear, with three Bond girls. The poster is also missing the title and credits. However, the six pieces feature artwork by Frank McCarthy of Bond's iconic underwater fight scene. The six pieces when placed together would create a substantial feature.