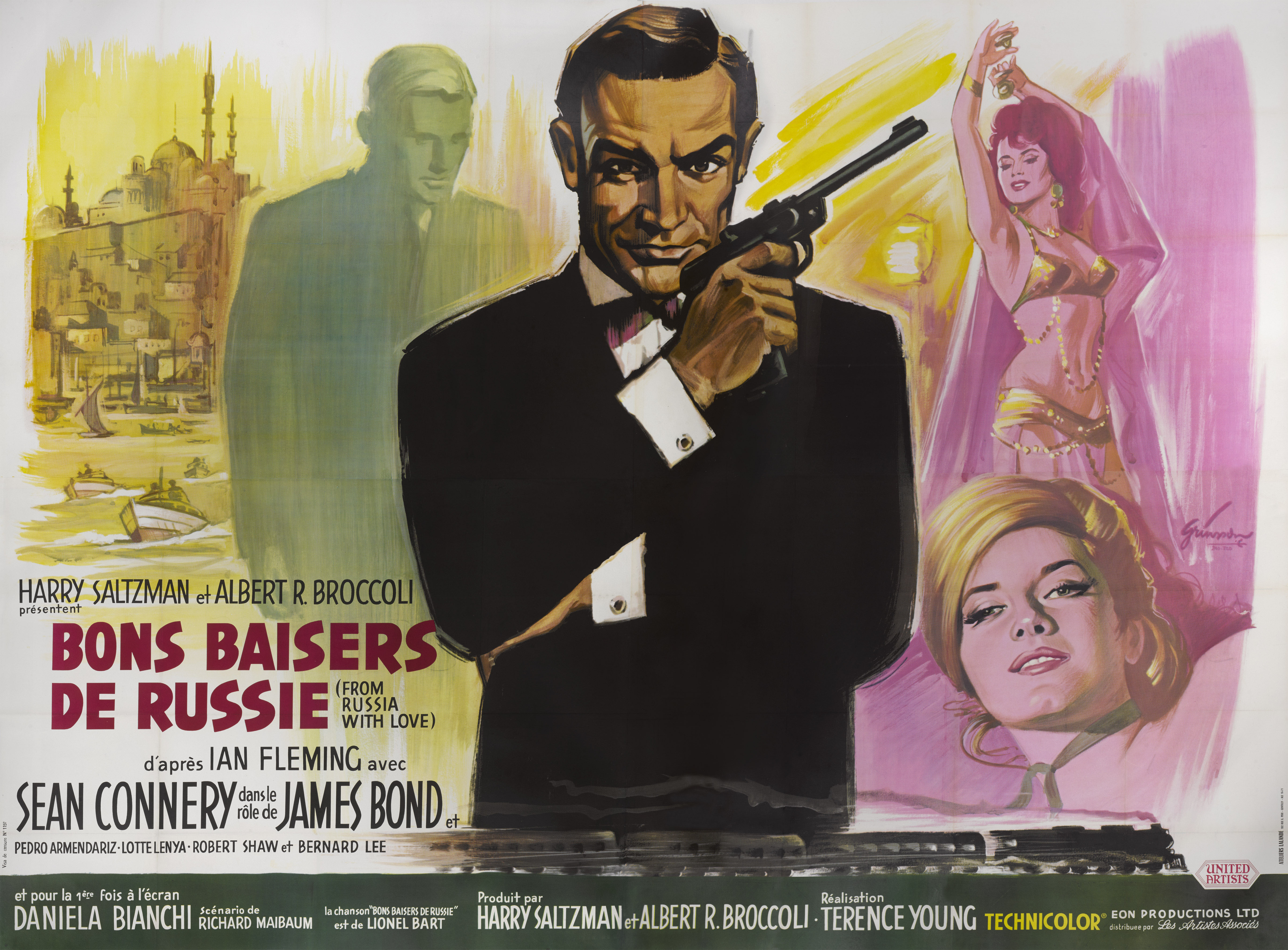 Boris Grinsson created a truly stunning piece for this large French billboard poster. This poster was printed in four sections, which were designed to overlap when pasted onto billboards.

This very rare billboard poster was printed in four separate sheets, and was pasted onto billboards. Therefore only unused examples survived, of which not many have ever surfaced.