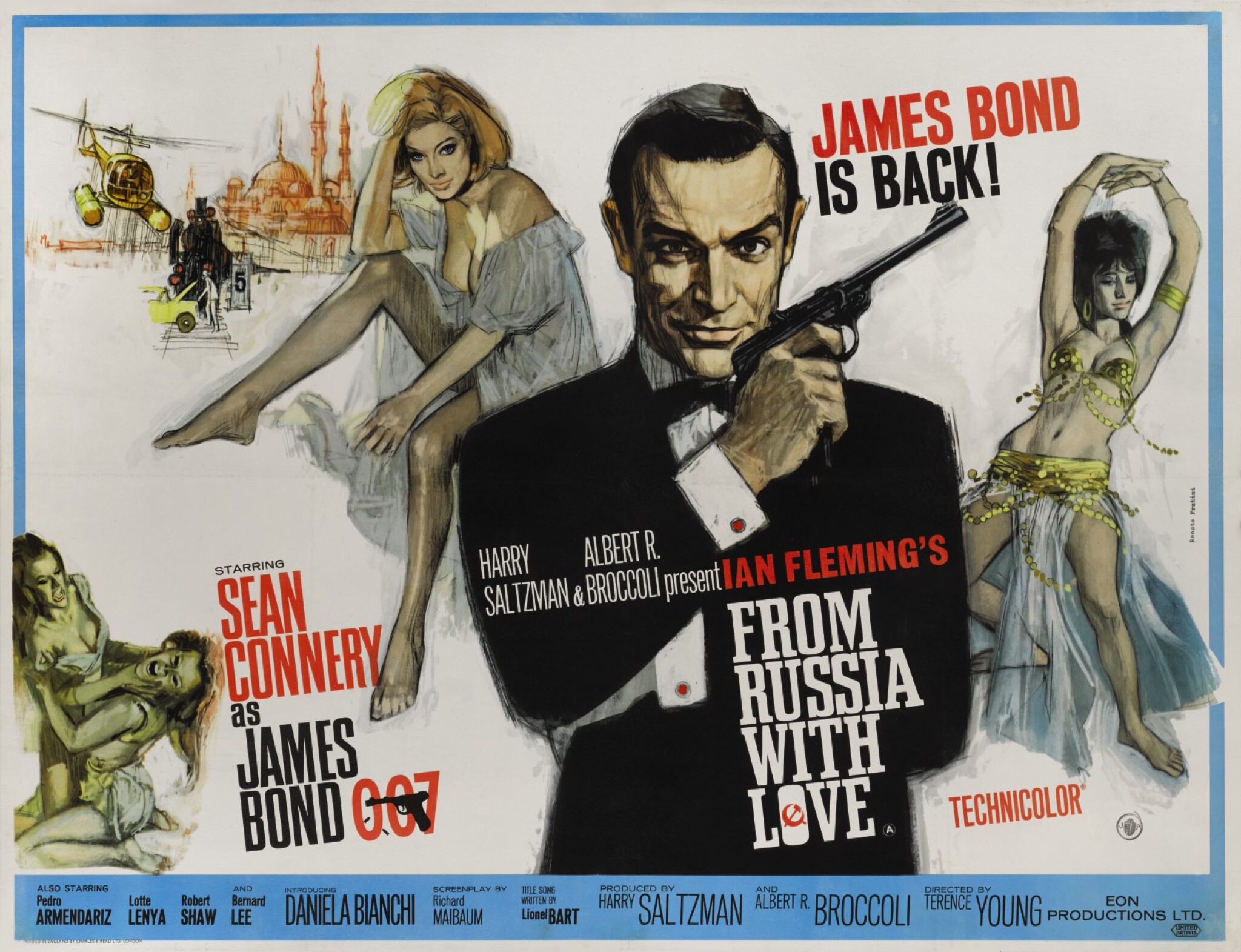 From Russia with Love (1963) poster, British

Eric Pulford was responsible for designing hundreds of film posters during his long career. Pulford ran Downton Advertising agency, which held the Rank account and accounts with most of the other large studios. He was instrumental in bringing Renato Fratini, an Italian commercial artist, to London, and collaborated with him on many poster campaigns. Often Pulford produced the design and Fratini did the painting. This was the only British Bond poster campaign that Fratini worked on, and is undoubtedly one of the most famous and collectable posters in the Bond series.

It is rare to find this piece in such pristine condition.

Excellent condition, with the colours remaining very bright. Minor restoration to folds, and pinholes in the corners and border.

From the collection of Andy Johnson, purchased on 17th September 1998 from a James Bond auction, London.