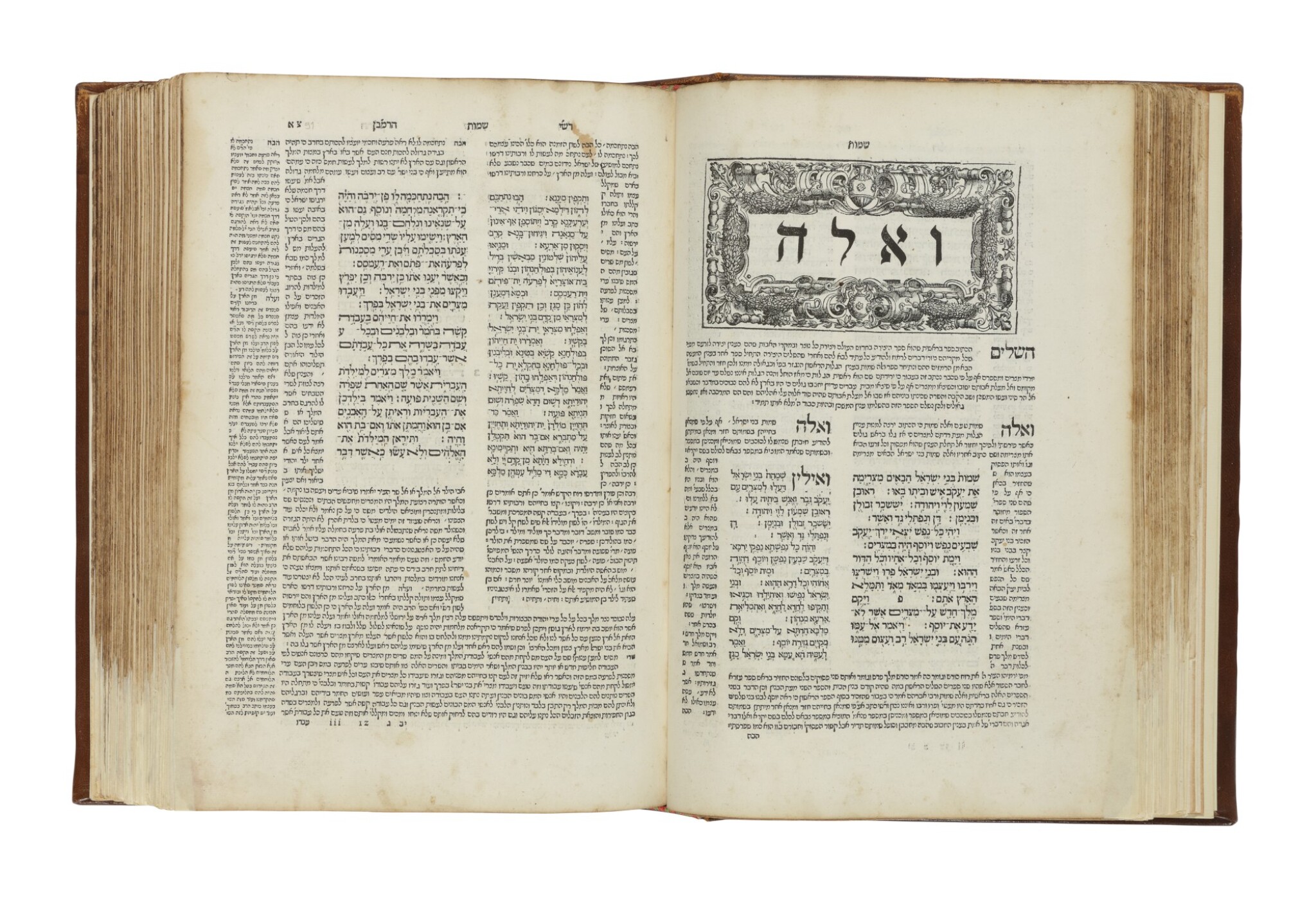 ﻿Throughout his distinguished career, Daniel Bomberg, the great Venetian publisher of Hebrew books, issued a number of different types of complete Hebrew Bibles and Pentateuchs—the latter often accompanied by the Five Scrolls and haftarot (lections from the Prophets)—in various sizes and formats. One of his first, published in late 1516, was a quarto-sized edition that included the Targum (Aramaic translation) and the commentary of Rabbi Solomon ben Isaac (Rashi; 1040-1105) on both the Pentateuch and the Five Scrolls, as well as the commentary of Rabbi David Kimhi (Radak; 1160-1235) on the haftarot. Similarly, in 1524, a folio-sized version appeared, this one featuring the Targum and commentaries of Rashi and Rabbi Hezekiah ben Manoah (Hizzekuni; thirteenth century) on the Pentateuch, the Targum and commentary of Rashi on the Five Scrolls, as well as the haftarot.

The present Pentateuch, also printed in folio format, is perhaps Bomberg’s most ambitious. It features the Targum, as well as the commentaries of Rashi and Rabbi Moses Nahmanides (Ramban; 1194-1270), on the Pentateuch, plus the gloss of Rabbi Isaac Aboab II (1433-1493) on Ramban’s commentary. Moreover, the Five Scrolls are accompanied by the Targum and the commentary of Rashi, and the haftarot are preceded by their own title page, perhaps indicating that they were sometimes sold separately. Aboab’s supercommentary had first appeared in Constantinople in 1525 as a standalone treatise, and this edition represents the first time it was issued together with Ramban’s work itself.