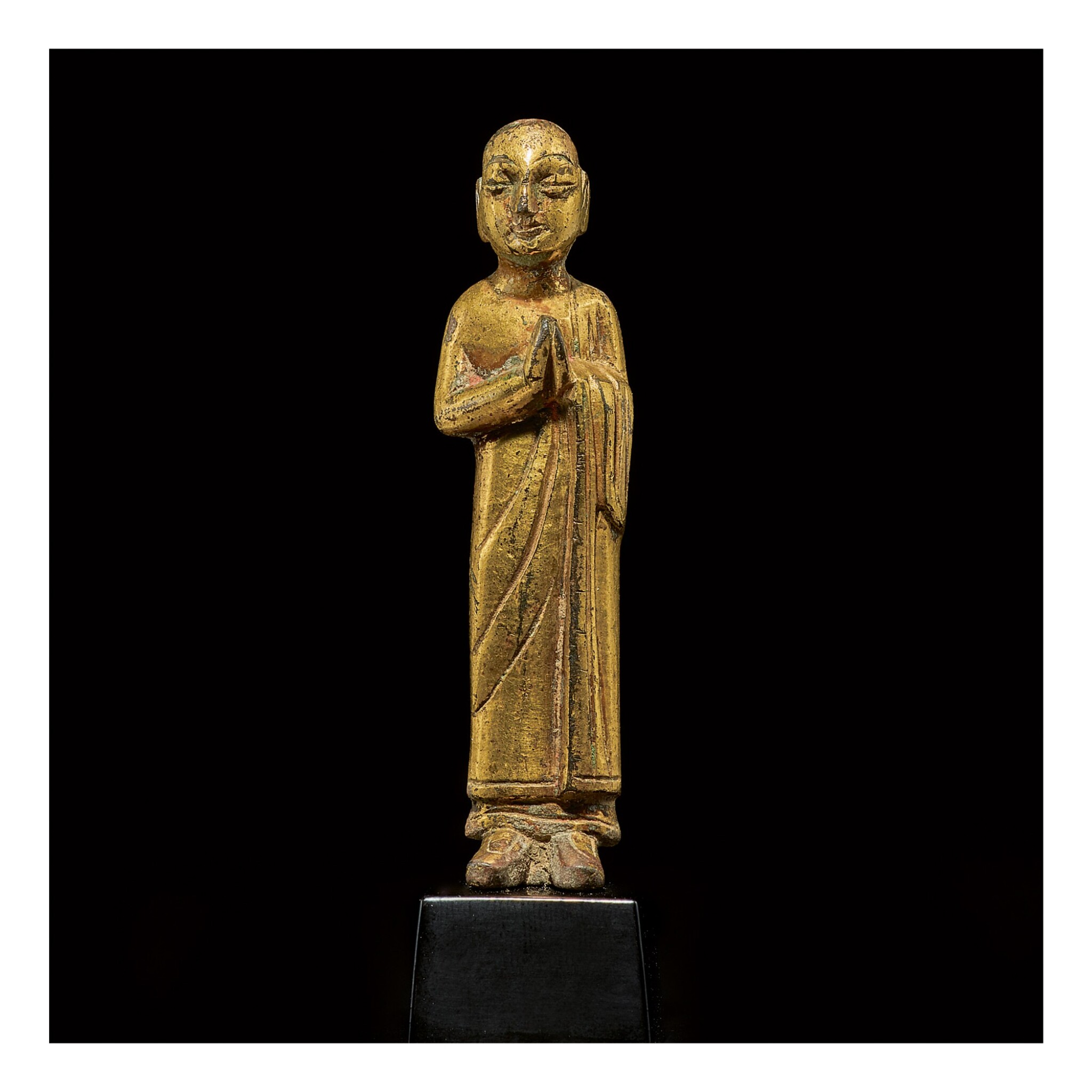 A SMALL GILT-BRONZE FIGURE OF ANANDA

finely cast, the youthful disciple standing with the hands in namaskara mudra, the head held high and the body erect with a simple draped kasaya exposing one shoulder, mounted to a modern stand, Japanese wood box (4)

In overall good condition with some expected minor wear to the surface and gilt, consistent with age.

This small figure of Ananda was likely part of a larger composition of figures, and, alongside his associate Kasyapa, would have been flanking a central Buddha figure. Such a composition can be seen in the gilt-bronze altar group from the Avery Brundage Collection, now preserved in the Asian Art Museum of San Francisco, attributed to the mid-Tang period, and illustrated in René-Yvon Lefebvre d’Argencé, Chinese, Korean, and Japanese Sculpture: The Avery Brundage Collection, Asian Art Museum of San Francisco, Tokyo and New York, 1974, pl. 93, as well as in Hugo Munsterberg, Chinese Buddhist Bronzes, Tokyo, 1967, pl. 118. To the front right corner of the Brundage composition is a figure of a monk closely resembling the present example. Another similar gilt-bronze figure of a monk, attributed to the mid- to late 6th century, is now in the Metropolitan Museum of Art, New York, gift of Harold G. Henderson, 1966, acc. no. 66.155.5. Compare as well a similar figure, once in the May Fook Wah Family Collection, subsequently in the collection of Stephen Junkunc, III (d. 1978), and sold in these rooms, 20th March 2019, lot 551.