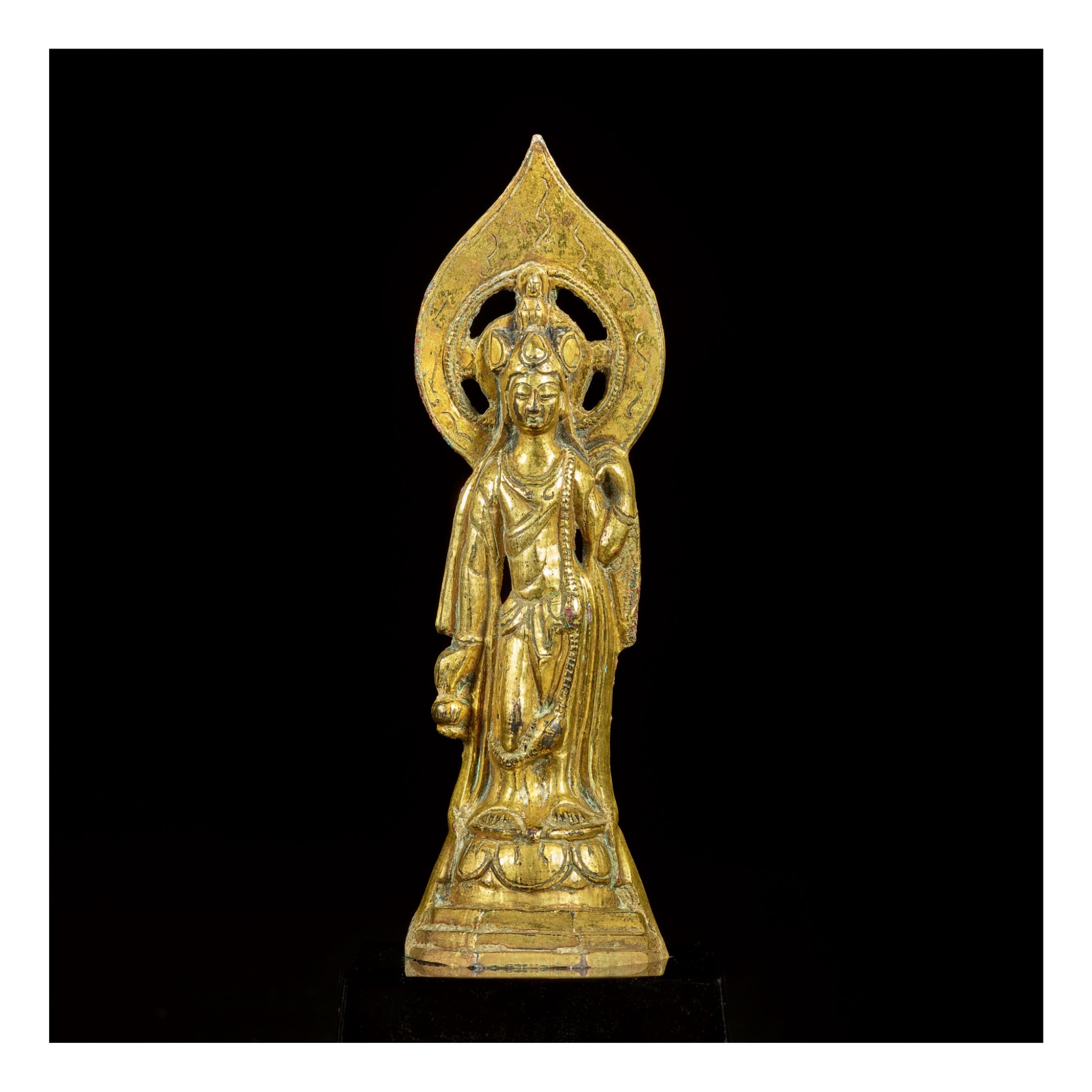 A GILT-BRONZE FIGURE OF AVALOKITESHVARA

standing with a slight curve to the hip in a subtle contrapposto, crowned with a large diadem centered by a figure of Amitabha, with sashes, a long necklace, and flowing robes draped about the body, a bottle in the lowered hand, the other raised and holding a willow branch, all raised on a lotus pedestal further supported by a faceted base, an integral tall, peaked, pierced mandorla behind the figure, mounted to a modern base, Japanese wood box (4)

There is an approx. 0.6 x 0.8 cm original casting hole to the back of the pedestal. Otherwise, the figure is in overall good condition with some minor expected wear to the surface and gilt commensurate with age.

Compare a similar figure, dated 595, raised on a quadruped stand and holding a cintamani in place of the willow, in the British Museum, London, illustrated in Hugo Munsterberg, Chinese Buddhist Bronzes, Tokyo, 1967, pl. 49. Two other related gilt-bronze figures of Avalokiteshvara with pierced mandorlas and similar bases, both attributed to the Sui period, are illustrated in Saburo Matsubara, Chinese Buddhist Sculpture: A study based on bronze and stone statues other than works from cave temples, Tokyo, 1966, pls 204 e-f. Another related figure, previously in the collection of William L. Parker, was sold in these rooms, 11th May 1978, lot 27.