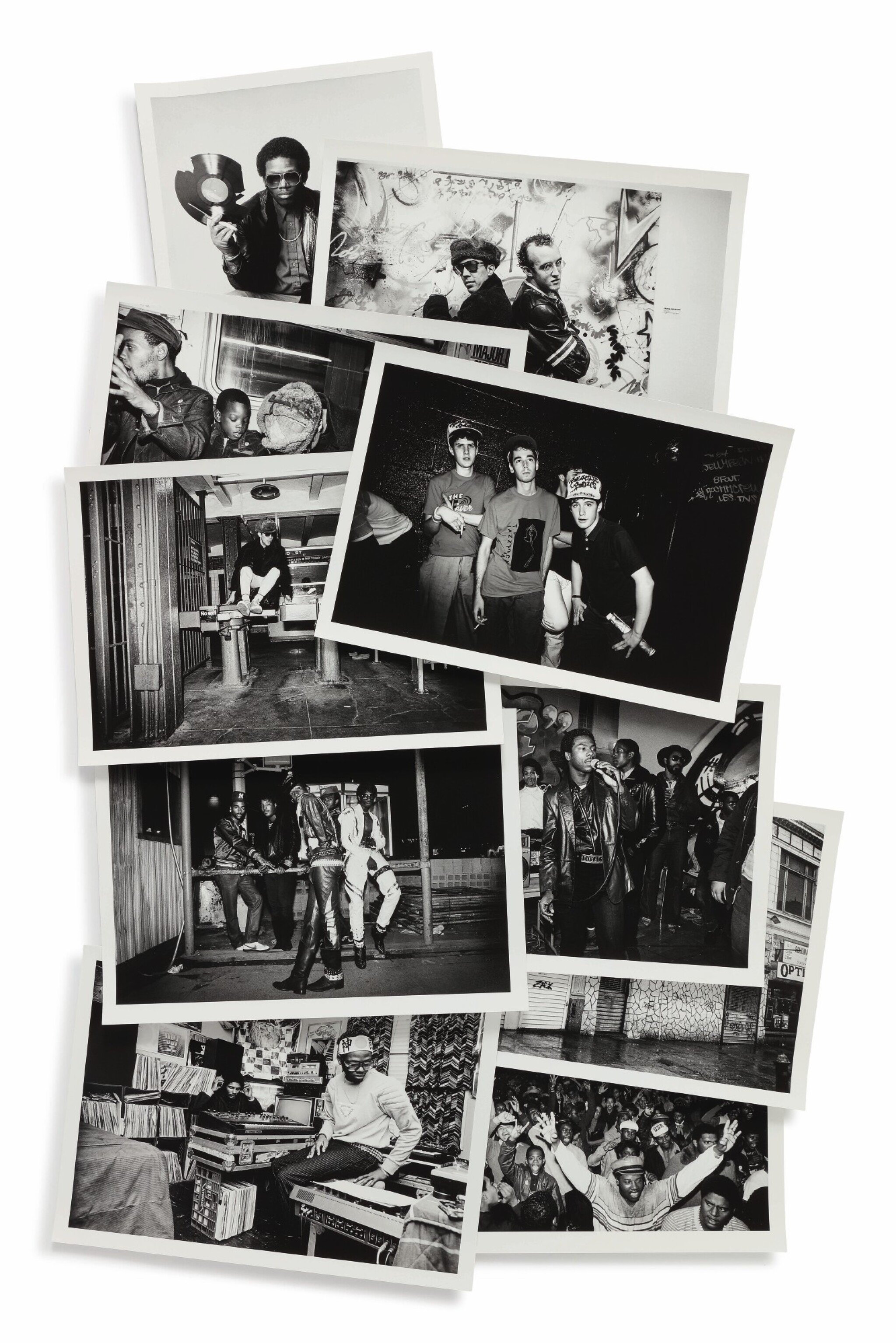 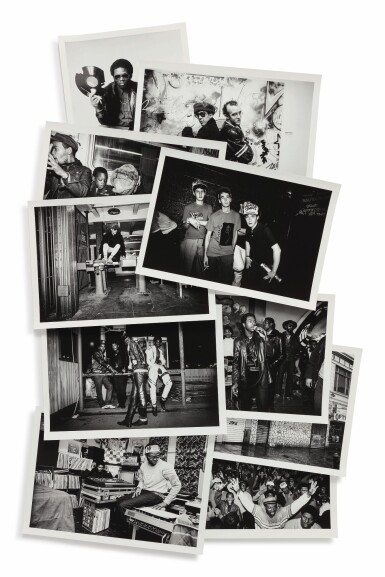 10 black and white photographic prints (each approximately 12 by 16 inches), number 3 (of 3) limited edition portfolios, signed and numbered by the photographer on the limitation page, and again on the verso of each photograph. Housed in a black cloth portfolio with "Yo!" in red marker to the cover.

Bramly was just 22 years old when she was first exposed to Hip Hop when she moved to New York from Paris in 1981. A fan of American R&B thanks to the tutelage of her older brother, Sophie was primed to appreciate the new culture. “I was flabbergasted when I first saw the NYC Breakers at a party downtown,” she’s said. “Then a friend introduced me to some rappers, and after that I felt like Joan of Arc on a mission. I dropped everything else I was doing and I followed them everywhere they went for three years.”

Back in France in 1984, Sophie remained on the cutting edge. She worked on the first ever television show devoted to hip-hop. Called H.i.p.H.o.p and created by Sidney Duteil, a Frenchman of Guadeloupian heritage, it aired weekly on TFI, France’s most popular tv network. As the show’s artistic director, Sophie created its logo. And it was as a photographer, author and artistic advisor that Sophie worked alongside Sidney on “Hip Hop Story,” a very early French-language book devoted to the emerging culture, published by Hachette Jeunesse. Sophie moved to London in 1987, a member of the team that created MTV Europe. She went on to create, produce, and host Yo! - the first English-language Hip Hop tv show to be broadcast in Europe - a concept that MTV U.S. would take over a year later under the name Yo! MTV Raps,  and presented by her longtime friend Fab 5 Freddy.