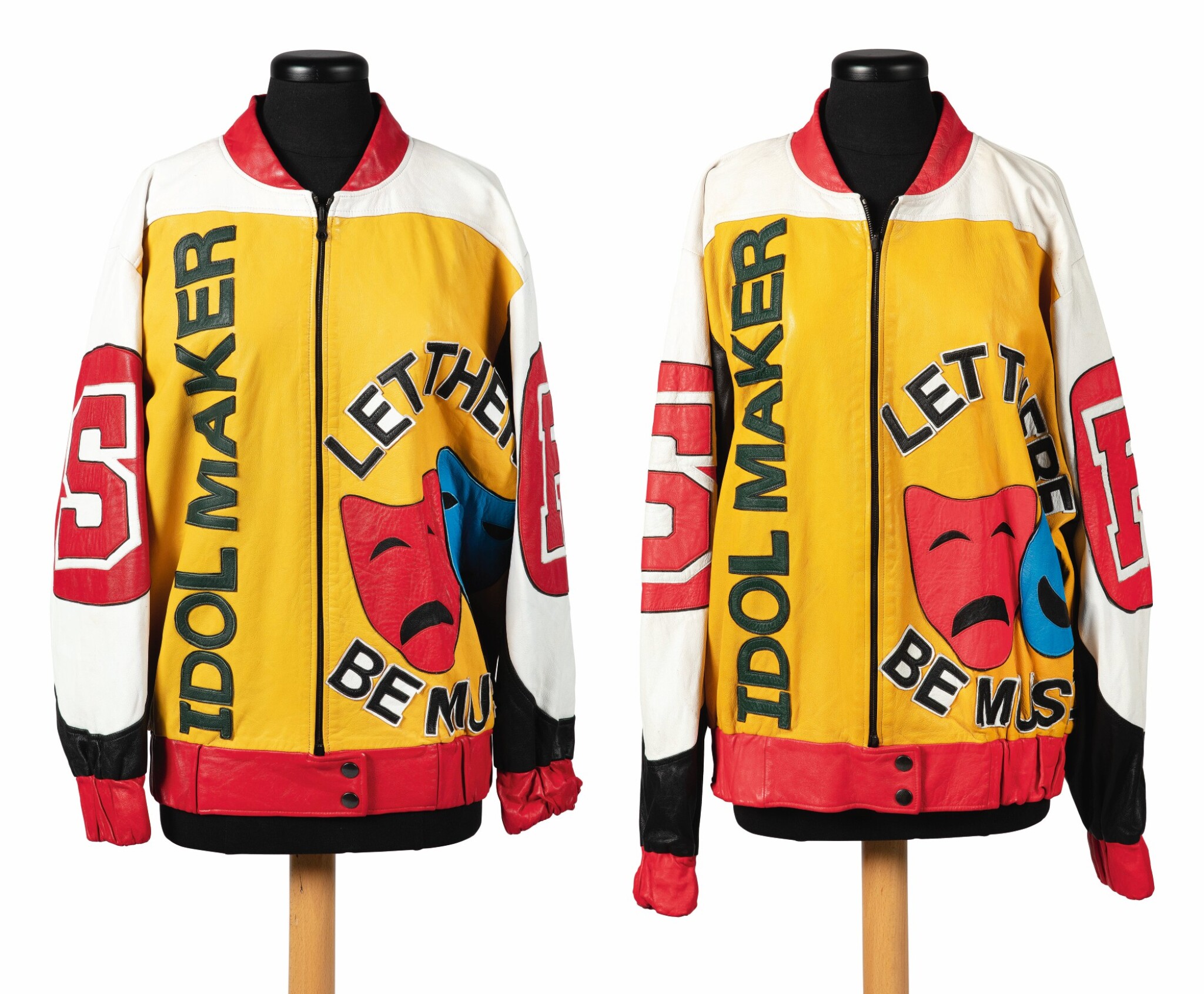 Pair of polychrome leather jackets, one with "Salt" written in pen on tag, the other with "Pepa". Overall in very fine condition.

The story of these jackets is legendary, and the jackets so sought-after that the originals were in fact stolen right out of Salt-N-Pepa's dressing room many years ago. When the pair were booked to do the wildly popular "Push It" Geico commercial (Broadcast during the 2015 Superbowl), the jackets had to be included, so the producers tracked down their original designer, none other than Christopher "Play" Martin of Kid 'N Play, to help recreate them. Martin who designed the original "eight-ball" jackets and oversaw their production at the atelier of Dapper Dan (see related lot 54) would go on to design numerous other looks for Salt-N-Pepa and others. After the commercial, Salt-N-Pepa wore these jackets on tour.

For an excellent history of these jackets, see Liana Satensteins article in Vogue "Salt N Pepa are Back, Baby" https://www.vogue.com/article/salt-n-pepa-push-it-jackets-90s-style