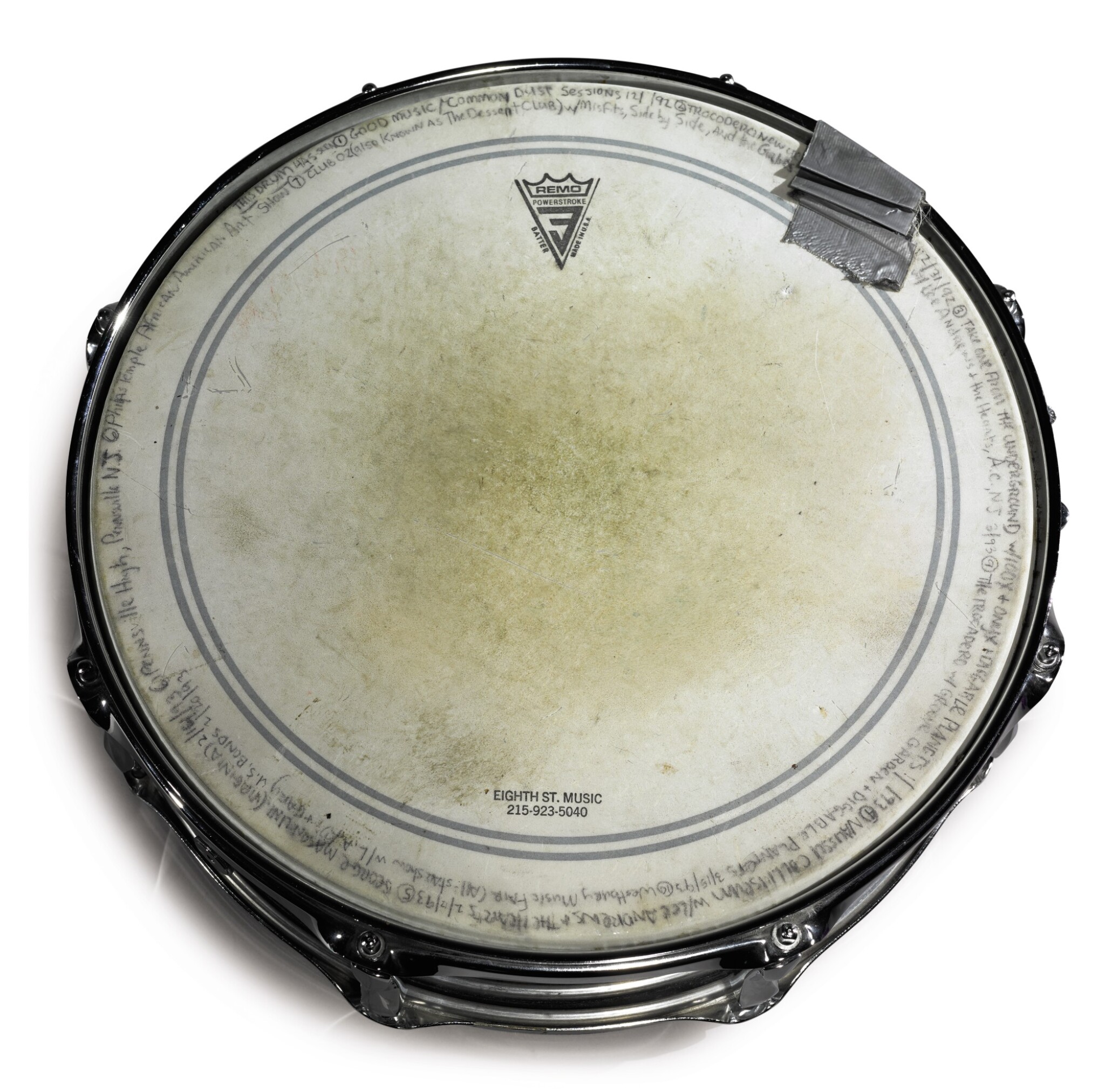 Yamaha chrome over metal snare drum used on early tour dates of The Roots and inscribed in pencil with tour dates, venues and other acts appearing on the same bills.

The Roots first year of concerts

The Roots made their independent album debut in 1993 with the LP “Organix” and performed their first tour dates the same year, beginning with bringing their instrumental Hip Hop sound to Philadelphia’s The Painted Bride.

Questlove has memorialized the bands early shows by listing tour dates, venues and artists playing the same dates around the Remo head, including their famed appearance at the Trocadero. Alternative Hip Hop pioneers Digable Planets made their Grammy award-winning debut the same year and the Roots often appeared on the same bill. Some artists listed are more unexpected, including Gary U.S. Bonds and legendary punk band the Misfits.