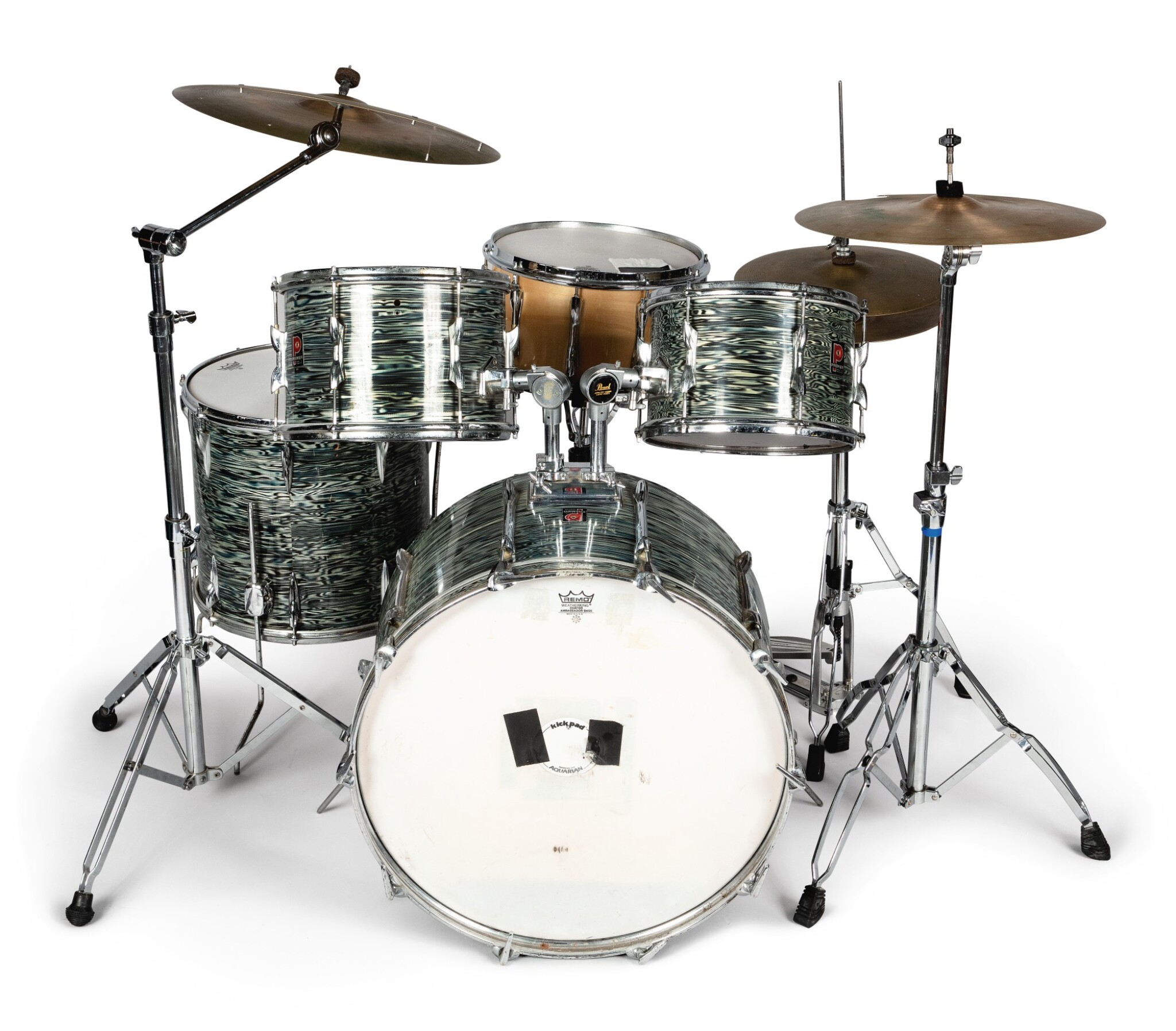 WITH: Vintage photograph of Questlove sitting at the kit, shaking hands with D’Angelo.

THE DRUMKIT PLAYED BY QUESTLOVE ON THE EARLY ROOTS ALBUMS

Growing up in musical household in Philly, Questlove began drumming from early childhood and by his teens was dissecting backing beats from his parents' voluminous record collection. His deep knowledge of Funk, Soul, Rock and R&B drum styles allowed The Roots to forgo the use of sampled drum tracks that other Hip Hip artists often relied on as Questlove could provide an iconic drum track at will.