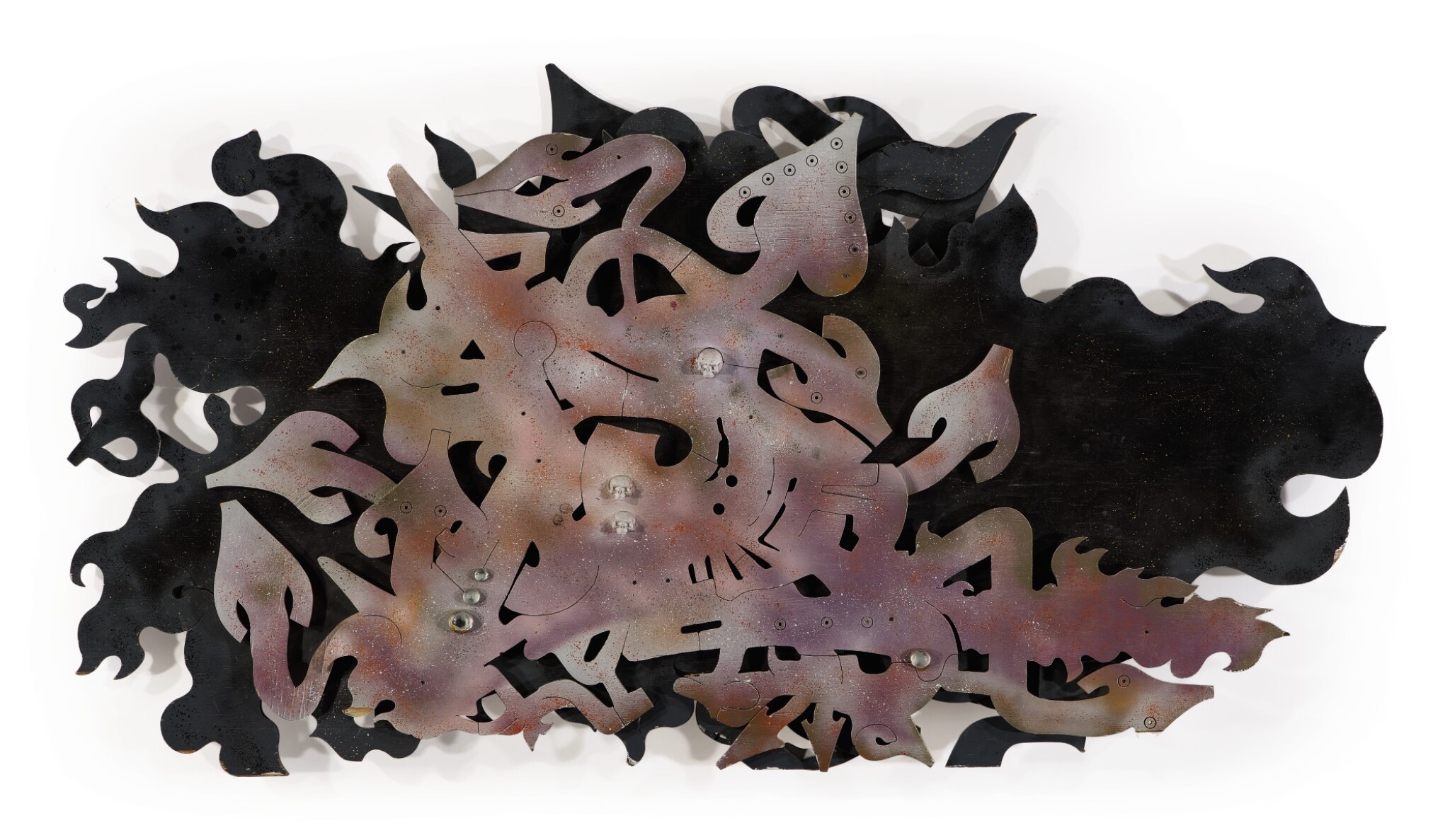 From his distinctive flyers promoting parties in the Bronx, to his masterful aerosol calligraphy, to being one of the first writers to begin making the move from subway cars to canvas, Phase 2 was as influential as he was enigmatic.

﻿He was also known as a sometime D.J., dancer and a founder of the New York City Breakers crew, and an emcee. In the late 1970s, Phase 2 was a member of a crew called the Wizards, and in 1982 released a pair of singles, “The Roxy” (the storied nightclub for which he did flyers) and “Beach Boy.” Charlie Ahearn, the director of the 1983 film “Wild Style,” has said that Phase 2 was the basis for the film’s main character, Phade (played by Fab 5 Freddy).

His restless and ever-evolving artwork laid the groundwork for a growing inner-city culture that became a worldwide phenomenon. A first-generation ‘writer’ with roots in the NYC subway art movement, he was an innovator of what he called “wild lettering.” In 1972 he pioneered the “softie” (bubble) letter used in the earliest subway “pieces” and introduced arrows, curls, twists and other connections that became universal visual elements in the worldwide movement.

From rap’s beginnings, Phase 2 was present, from the park jams to the clubs. He rhymed and chanted with his original crooning style rap flow. Through his dance crew, Electrified Movement, he introduced the B-boy world to battle (up) rocking and other styles. He assembled one of the most important B-boy crews (The New York City Breakers).

Phase 2 formed a decade partnership with IGTimes, the premiere, international street art publication where he edited, art directed and wrote critically about the culture. In 1996 his book, Style: Writing from the UnderGround was published.

In 1994 he received the “Source Award” for his significant contribution to the culture.

Always an innovator, he set the bar for contemporary urban art. A style master whose works first focused on language, the letter, communication and then beyond to “unspoken words” and to themes of self-discovery and inner strength. Phase 2 strode to be an underground artist, building his own worldwide network to advance his artistic narrative.

In 2000, The Rock N Roll Hall of Fame organized an exhibition presented at the Brooklyn Museum entitled Hip-Hop Nation: Roots, Rhymes, and Rage, which included a dozen of Phase 2's historic late 1970s/early 1980s party fliers, along with their original artwork. Wanting to include something much larger from Phase 2 as well, they commissioned the present sculpture. Instead of rendering one of his classic "softie"-style pieces, or one of his ever-evolving lettering canvases, he chose to construct this floating, dual-sided wooden "logo" relief. Phase 2 began creating wood reliefs in the mid-1980s as extensions of his visual symbolics, and continued to create them into the millenium.

Phase 2 also played a crucial role in the organization of the related conference "Hip Hop: A Cultural Expression", which took place at the Rock N Roll Hall of Fame in 1999, where he was featured on several panels, and wrote the essay "Aerosol Writing" for the events catalogue, The Four Elements of Hip Hop.

The present "logo" has a strong resemblance to his wild lettering abstractions and extensions of the letter "P".

For an excellent interview of Phase 2 done by Jerome Harris, see: https://eyeondesign.aiga.org/in-the-late-70s-in-the-bronx-phase-2s-party-flyers-created-a-visual-language-for-hip-hop/