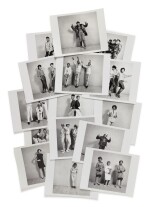 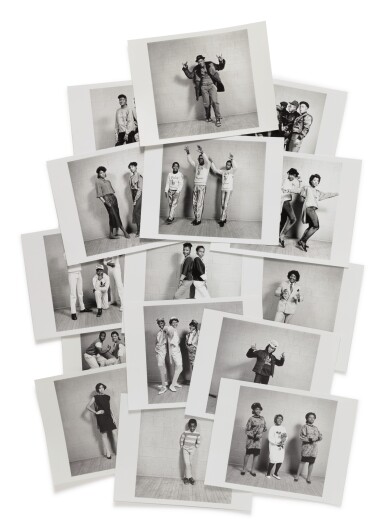 AN ARCHIVE OF PHOTOS TAKEN AT A MAURICE STARR HOLLYWOOD TALENT NIGHT IN 1986.

30 digital pigment prints, each 8 1/2 x 11 in. Each signed, numbered and captioned on reverse.

UPLIFTING ARCHIVE OF ASPIRING YOUNG HIP HOP ACTS, AS THEY PREPARE TO COMPETE IN ONE OF MAURICE STARR'S HOLLYWOOD TALENT NIGHTS.

Maurice Starr (depicted in his double-breasted suit), a member of the early 80s electro act Jonzun Cru was known in Boston for his hugely popular Hollywood Talent Nights. Aspiring young Hip Hop acts, decked out in the latest styles and beaming with pride, would put their all into the competition. It was here the Starr would discover The New Kids on the Block (the archive includes a pre-fame image of NKOTB, with a young Donnie Wahlberg second to left). Included are photos of a very young Almight RSO Crew  (featuring Source Magazine backer Ray "Benzino" Scott). Full of charm, innocence, and amazing mid-80s street style.

see, Pacey C. Foster, Hip-Hop in the Hub: How Boston Rap Remained Underground. The Story of Boston's hip-hop Community from 1979-2000