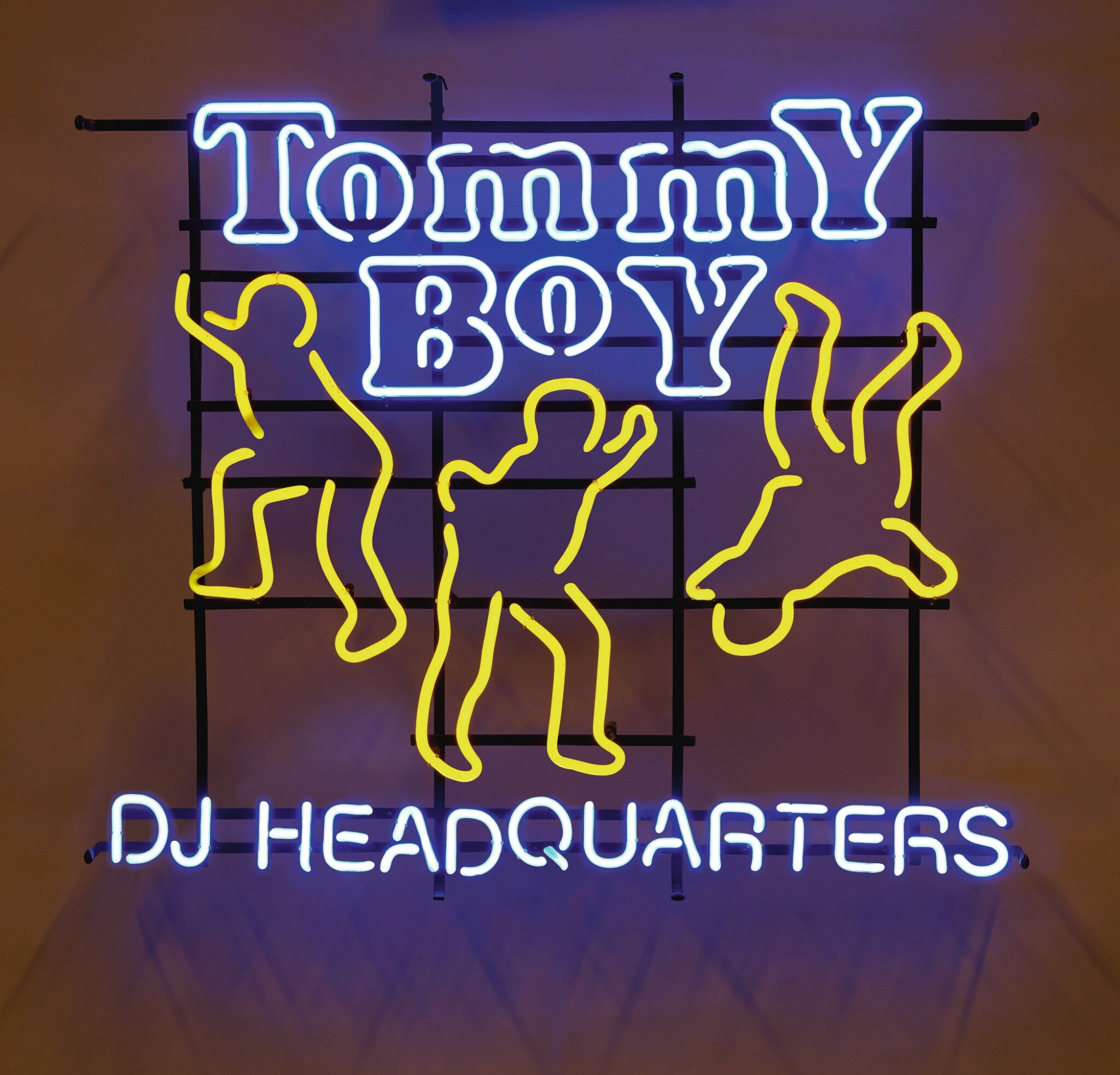 Tommy Boy Records was founded in New York City in 1981 by Tommy Silverman, and the label, which partnered with Warner Bros Records from 1985-2002, is credited with launching the careers of Afrika Bambaataa, Queen latifah, De La Soul, Digital Underground, Naughty By Nature, and House of Pain, amongst others. The logo was designed by Steven Miglio in 1982, and then redesigned in 1989 by artist Eric Haze, and is considered to be one of the greatest rap logos of all time (see Complex's List of 50 Greatest Rap Logos of all tie). One of Silverman's first employees, Monica Lynch, would become president of the label in 1993, and as A&R for the label, she signed and managed most of the Hip Hop artists, including De La Soul and Queen Latifah (NB: Ms. Lynch is Sotheby's consultant for this auction).

Unidentified Record Store, where it would have been displayed in the mid-1990s - private collection