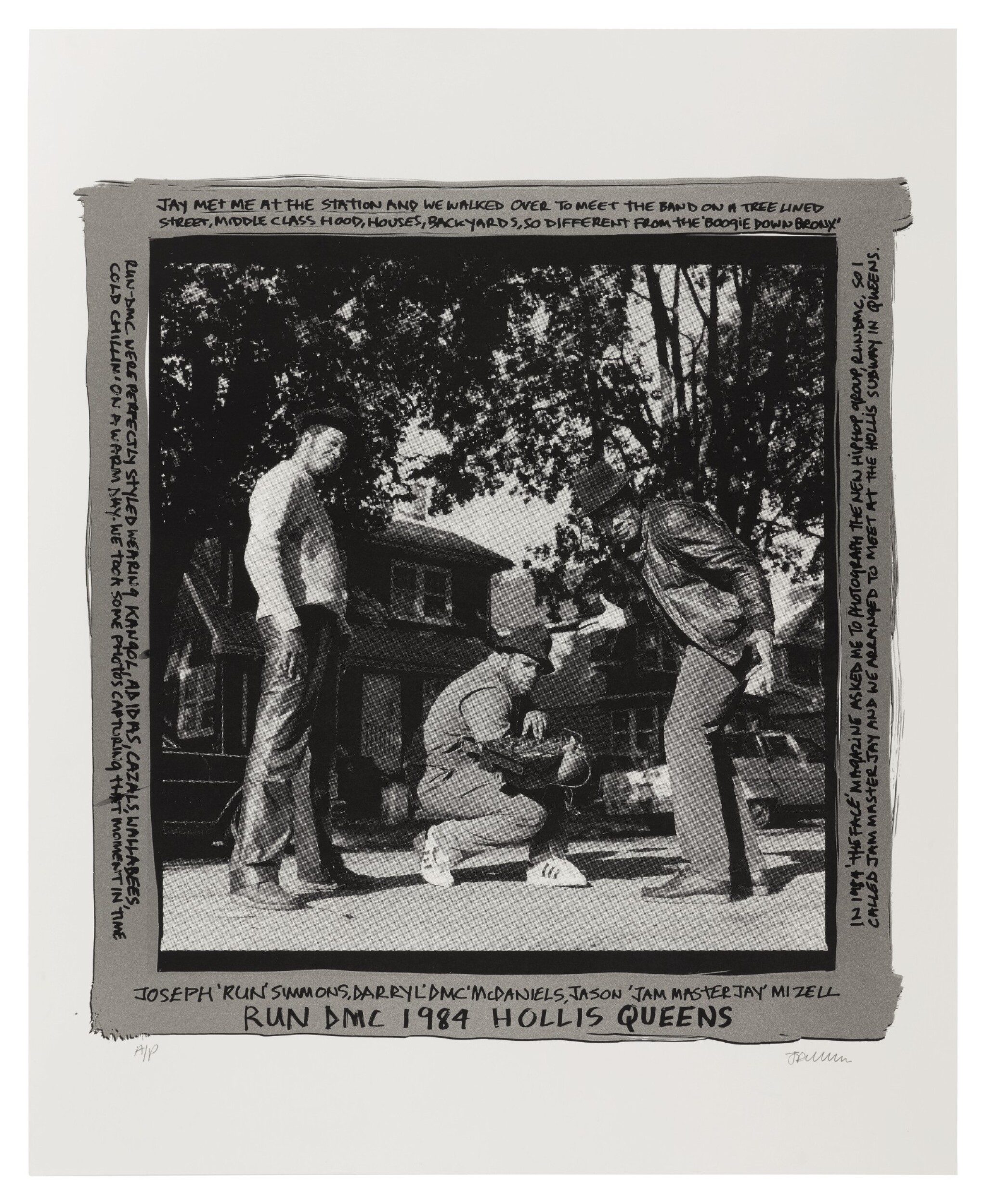 Beckman's suite of New Silkscreen prints are a perfect "mash-up" of her classic photography and compelling storytelling, with each work telling a story, which appears on each print, in her own handwriting.

In 1984, Beckman was hired by The Face Magazine to shoot then new Hip Hop group, Run DMC. She arranged to meet them in Hollis, Queens and photographed them on the street where they grew up.

British-born photographer Janette Beckman began her career at the dawn of punk rock working for music magazines The Face and Melody Maker. She shot bands from The Clash to Boy George as well as three Police album covers. Drawn to the underground Hip Hop scene, she moved to NYC in 1983 and photographed pioneers Run DMC, Slick Rick, Salt-N-Pepa, Grand Master Flash, LL Cool J and many more. Her work has been shown in galleries worldwide and is in the permanent collections of the Smithsonian National Museum of African American History and Culture, the Museum of the City of New York and the Musée des Civilisations de l'Europe. She has published five books, the latest ‘The MashUp’, curated by Cey Adams, is a collaboration with iconic New York graffiti artists reinterpreting her Hip Hop images. In 2018 she collaborated with fine art printer Gary Lichtenstein Editions to make exclusive silkscreen prints from her archive of iconic Hip Hop portraits. Beckman continues to chronicle sub-cultures of our generation and as well as working on shoots for clients such as Levis, Apple and Dior. She is represented by the Fahey Klein Gallery in Los Angeles.