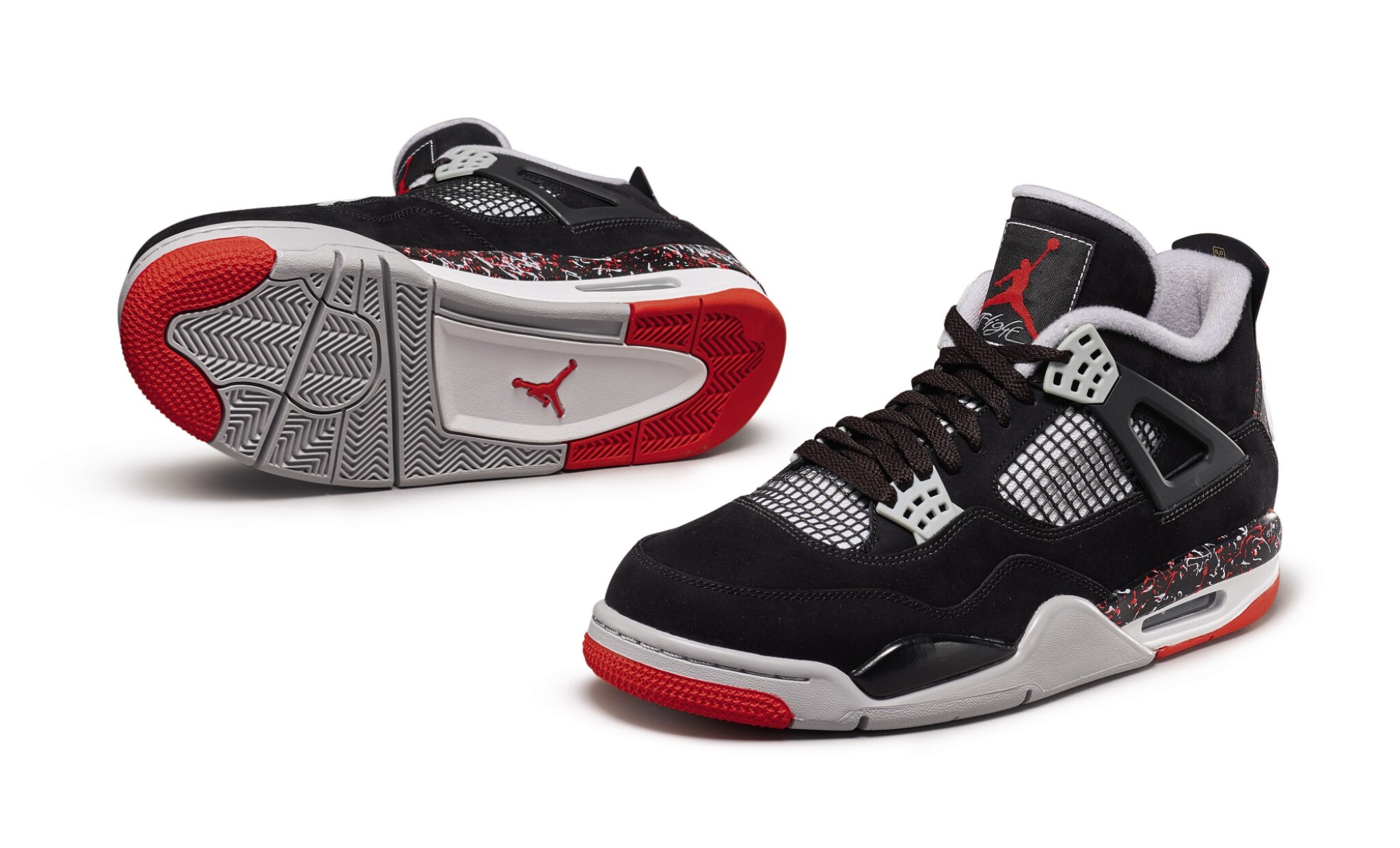 These exceptionally rare sneakers are an unreleased Drake promotional prototype/sample in a black, fire-red, wolf-grey and white colorway. It is notable that most Nike samples are produced in size 9 unless they are produced for a specific person. These shoes are a size 11, which is Drake’s size.

The sneakers themselves are brand new in their original box, factory-laced, and still have their original cardboard inserts inside. The box that comes with the shoes is also original, and has a Nike label that says ‘Air Jordan 4 Retro,’ and notes the official color and ship date – which is unusual.

This particular sneaker is a prototype for a so-far unreleased model, that is based on another unreleased prototype from 1989 featuring similar design elements. The shoes have spectacular details including an OVO Owl hiding behind the heel tabs, and OVO/6 God branding beneath the insoles.

Drake is a rapper, singer, and songwriter who is one of the best-selling musicians of all time with over 170 million records sold. He has won 4 Grammy Awards, 5 American Music Awards, 27 Billboard Music Awards, and has composed hits including One Dance, Hold On We’re Going Home, and Hotline Bling. Drake has a remarkable relationship with Nike, and recently filmed his music video for Laugh Now Cry Later at Nike World Headquarters.