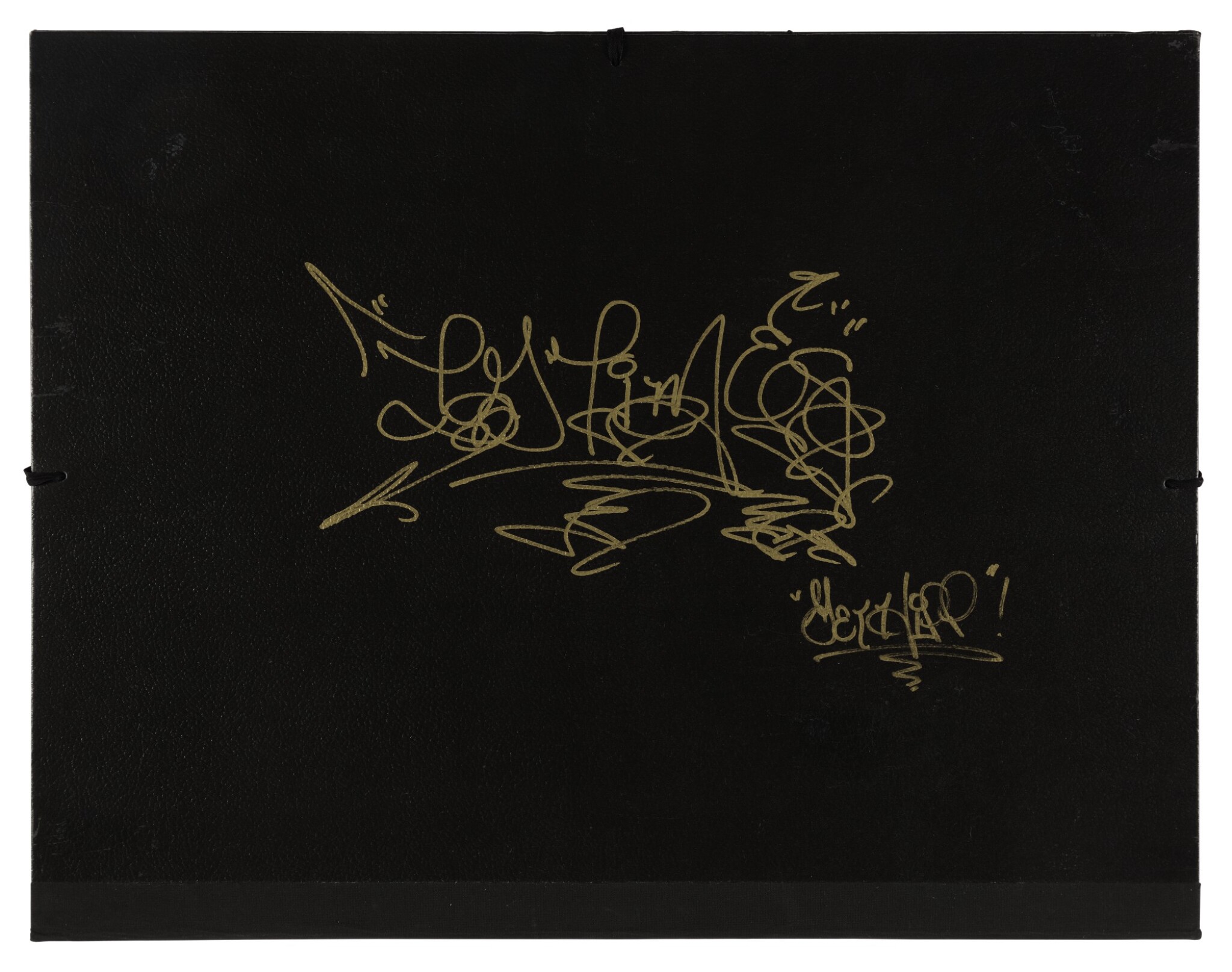 A complete set, consisting of 27 double-sided, offset broadsheets (ranging in size from 22 x 17 in to 25 x 19 in), with 6 in full color, 6 in duo color, and 6 in black and white. Each numbered 2/100, unfolded, and housed together in a portfolio with ties. Cover of portfolio with a hand-drawn logo in gold ink by Phase 2 in his signature freestyle.

Always officially called IGTimes, this premiere “street /subway art” publication published 15 volumes between 1984-1994 under several titles - International Graffiti Times, Subway Sun, InterGalactic Times, The International Get Hip Times, TIGHT, and simply IGT.  The first publication to focus on contemporary “urban” youth culture, each volume was made up from one to four broadsheets that made up various folds.

David Schmidlapp founded the IGTimes in 1984, making it the first magazine devoted to aerosol art and culture. Schmidlapp first approached the project as an outsider, but soon became a collaborator with the various artists of the movement. In 1986, he teamed up with with legendary "writer" and Hip Hop pioneer Phase 2 (starting with volume 8), with circulation growing from 2000 to 5000. In 1998, two years after production ended, an edition of 100 complete sets were issued, or which this is number 2.

David Schmidlapp has been a New York City photography-based artist for the past five decades. Photography has been the binding thread for all his artistic endeavors, which have included projection, installation, photomontage, filmmaking, publishing and performance.

The IGTimes archive, consisting of thousands of pre-digital artifacts, was acquired Cornell University's Library to become part of their Hip Hop collection. Complete sets have also been acquired by institutions such as MoMA, Getty, Stanford and Yale University.