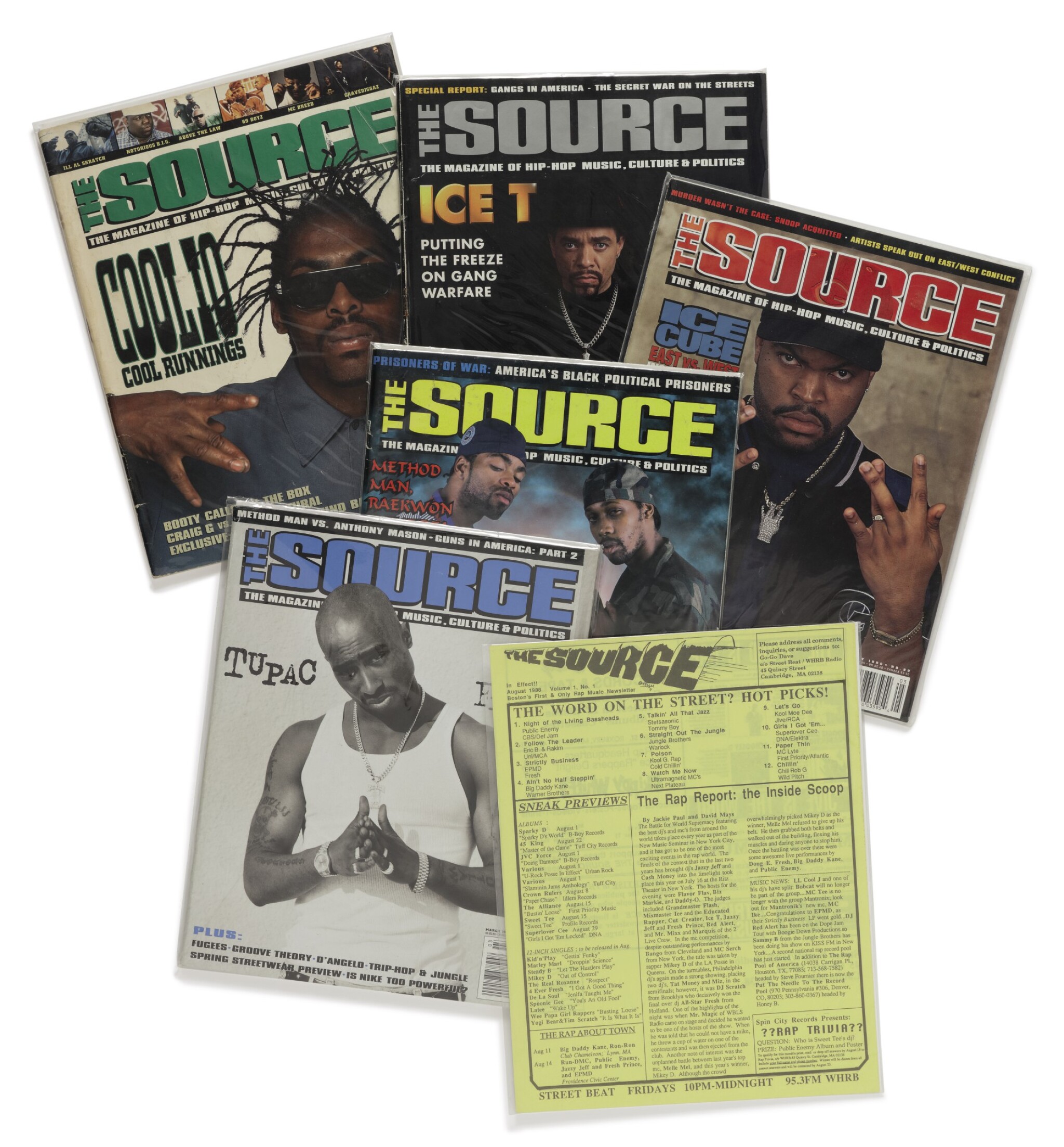 A complete listing of all issues and variant issues is available upon request.

From it's humble beginning as a printed, text-only newsletter founded by Harvard students, David Mays and John Shecter in1988, The Source quickly grew to be an influential Hip Hop powerhouse, and at its peak was known as “The Bible of Hip Hop” and the definitive word on rap and Hip Hop culture. The Source also served as a launching pad for a new generation of writers, photographers, and artists that included James Bernard, Michael Gonzales, Reggie Dennis, Dream Hampton, Toure, Scott Poulson Bryant, Ronin Ro, Kierna Mayo, Daniel Hastings, Carter Harris, Elliott Wilson, and Selwyn Seyfu Hinds.

As the printed magazine began to hit strides in popularity in the 1990s, The Source expanded its must-read Hip Hop news and reviews coverage to include culture and politics. The Source also started producing the Source Awards, an annual awards show, honoring Hip Hop and R&B performers (from 1994 to 2001).

Popular features of The Source included the Record Report, in which journalists would rate albums on a range from 1-5 mics, with only 45 albums ever being awarded the coveted 5-mid rating, and Unsigned Hype, a column that gave critical early nods to promising emcees who did not yet have record deals - including The Notorious B.I.G., Eminem, DMX, Canibus, Common, Mobb Deep (appearing as Poetical Prophets), and more. Perhaps one of the most popular features of the magazine were André LeRoy Davis's wildly popular The Last Word caricatures (see lots 107 & 108); for an artist to be featured both on the cover and in Davis' The Last Word meant that they had hit superstardom.

An emcee knew that they had made it if they were featured on the cover of the magazine, with just about every major name in Hip Hop gracing the cover, plus other luminaries such as President Barack Obama, and Mike Tyson, with several major photographers having done the cover shots, including Chi Modu (see lots 82-83, 88, 91-92, and 101-103).