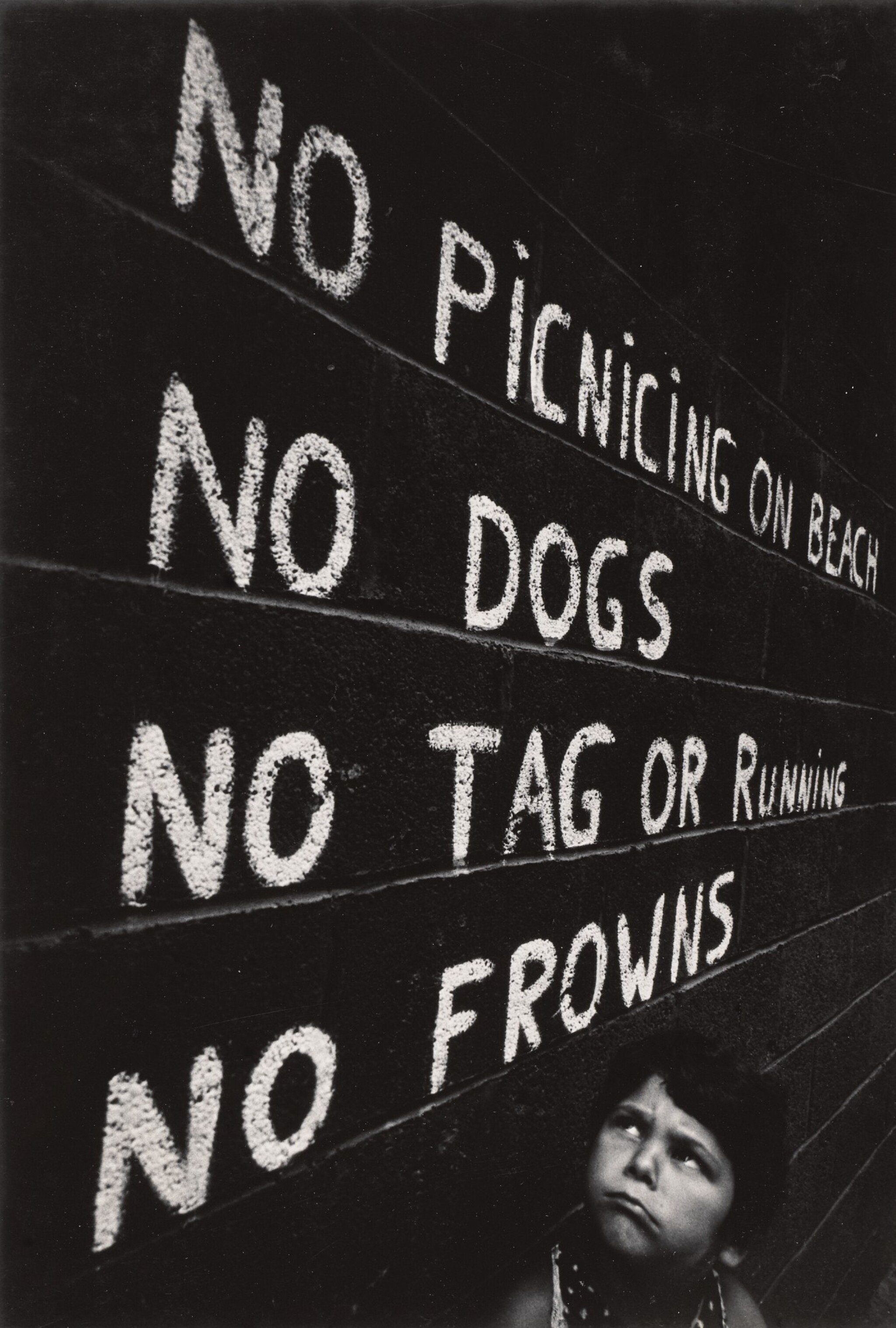 gelatin silver print, mounted, the photographer's Magnum credit stamp [crossed out] and 'Set #1' in ink, on the reverse, 1958

Please note the colors in the online catalogue illustration may vary depending on screen settings. This early print is in generally excellent condition. The following is visible under very close examination in raking light: silvering at the periphery of the image; faint scratches; impressions; and deposits of original retouching. The mount is soiled and there are some small losses near the edges. The reverse of the mount is soiled and there are adhesive remnants. The following is written in pencil or ink in an unidentified hand: 'Set #1'; 'Not Museum'; 'A#2'; 'ES-010884-C'; 'WES-0081'; 'SP'; 'We58'; E-88'; 'R-8'; and '20.'

"Etherton Gallery is known for its commitment to post-World War II American photojournalism and documentary photography, and regularly exhibits work by W. Eugene Smith, Danny Lyon, Robert Frank, and Garry Winogrand, among others. W. Eugene Smith’s photograph, Shana Frowning, is a rare, intimate image of his daughter Shana from the Silver Lake (NY) series, made while Gene Smith was living in New York City. There is a W. Eugene Smith Magnum stamp on the print verso. Smith probably made few prints of this charming image." - Terry Etherton

Since 1981, Etherton Gallery has showcased the icons of the history of photography as well as the contemporary artists changing its course. Its exhibitions highlight the most important figures in the history of the medium and remains dedicated to making great works of photography accessible to novices and experienced collectors alike.