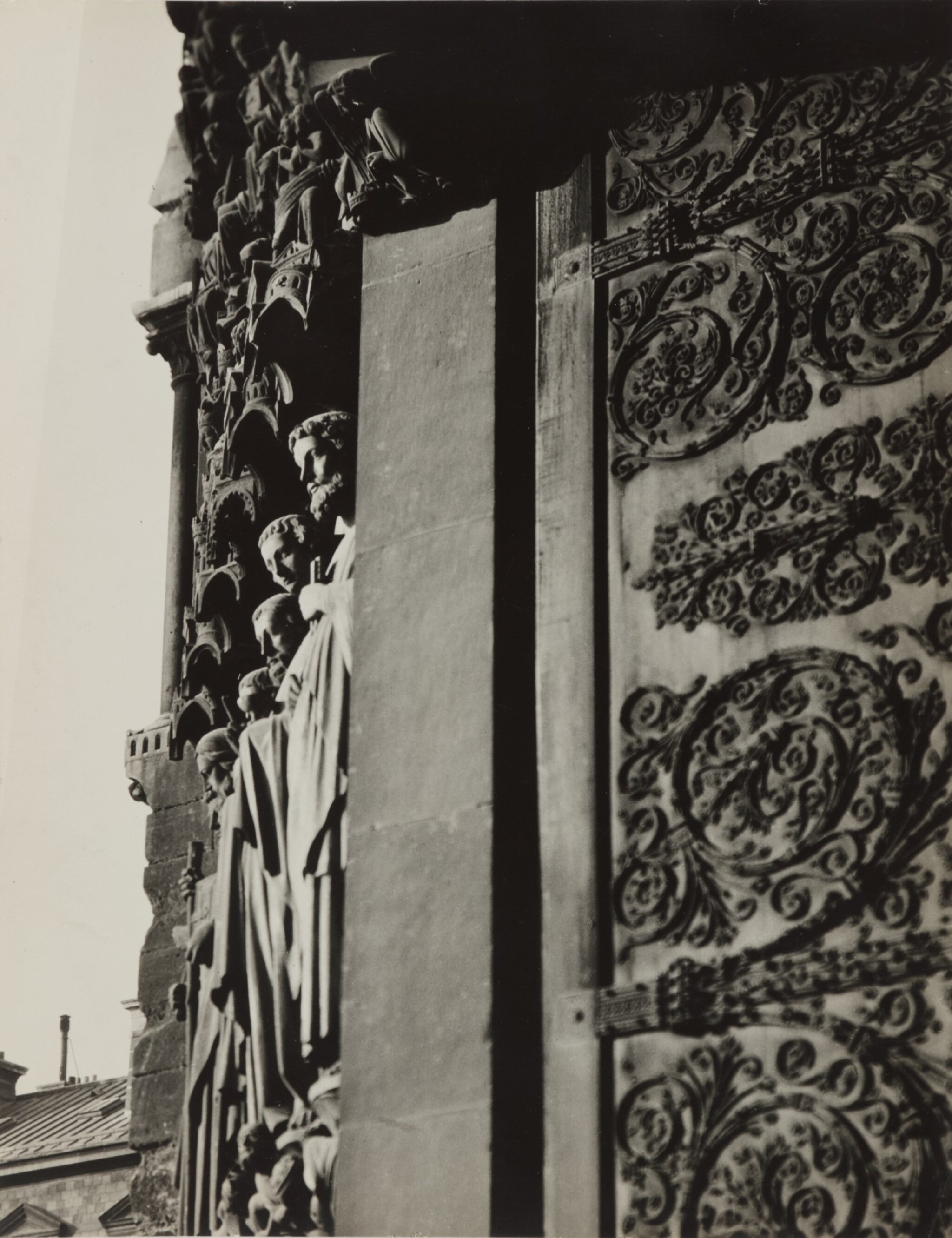 Please note the colors in the online catalogue illustration may vary depending on screen settings. This photograph, on paper with a surface sheen, is in generally very good to excellent condition. Visible under close examination are the following: faint silvering along the lower edge; a crease at the lower right corner that has been expertly retouched; a crease at the lower left corner with some attendant chips to the emulsion; and tiny chips to the emulsion along the top edge. The upper left corner appears somewhat darker, perhaps a result of the printing process. The New York Evening Post stamp on the reverse is annotated Page '5' and No. '6' in pencil in an unidentified hand. There is a 'Dec 31 1932' stamp date. The following is written in pencil in an unidentified hand: 'Paris, France- Churches'; and '7995.' There are cropping guidelines written in pencil in an unidentified hand on the reverse. The reverse is soiled and there are adhesive remnants in the corners. When examined under ultraviolet light, this print does not appear to fluoresce.

"One can imagine that this photograph was Lee Miller’s homage to Paris when it appeared in the New York Evening Post on Dec. 31, 1932. She had just returned to the U.S. from three years in France the month before. Her fame and myth are shaped by those years in Paris, where she joined the circle of Surrealists and became lover, muse, model and student of Man Ray. She learned photography quickly from him and established her own studio in Paris for her own commercial assignments.

In New York she also met with success, with commissions from Conde Nast’s magazine, Vogue, among others, and exhibitions of her photographs at the Julien Levy Gallery." - Paul Hertzmann and Susan Herzig