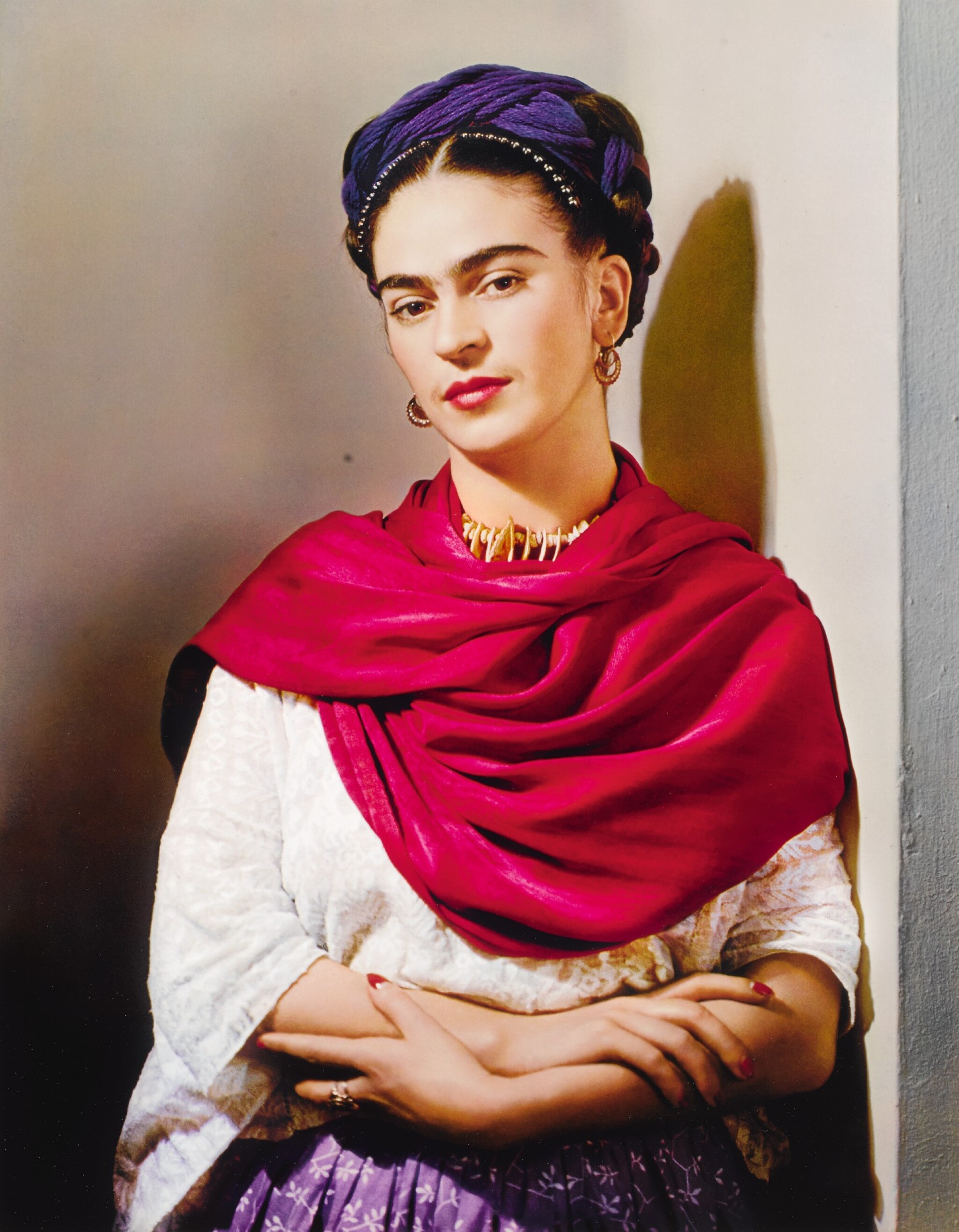 carbon pigment print, signed, credited, titled, dated, editioned 'A. P. #4,' and annotated in pencil by Mimi Muray, the photographer's daughter, 1939, printed posthumously by Tod Gangler, artist's proof 4 of 5 from a total edition of 35

Please note the colors in the online catalogue illustration may vary depending on screen settings. This vibrant carbon print, on Fabriano Artistico paper with a deckled edge, is in generally excellent condition. The colors remain bright and saturated, with no signs of fading. The annotation in Mimi Muray's hand in pencil on the reverse reads: 'Hand-made Carbon Pigment Print by Tod Gangler Limited to 30 Prints plus 5 artists proofs.' '12640' is written in an unidentified hand in pencil.

Salomon Grimberg, I Will Never Forget You. . .Frida Kahlo to Nickolas Muray (Munich, 2004), pl. 13
"Nickolas Muray, who settled in New York, became known for his portraits of notable artists and celebrities, his intense color carbro advertising photography, as well as his Olympic fencing career. This is perhaps his most renowned portrait, Frida Kahlo with the red rebozo scarf. Muray created several memorable portraits of Frida during their friendship and romantic liaison.

PDNB Gallery has represented Earlie Hudnall, Jr. and the Estate of Nickolas Muray since the 1990s. They both represent two diverse worlds that connect with Latin American and African American art collectors throughout the past 25 year history of the gallery." – Missy Finger

Founded in 1995, Photographs Do Not Bend (PDNB) Gallery is a fine art gallery dedicated to photo-based art from the early 20th Century to the present.