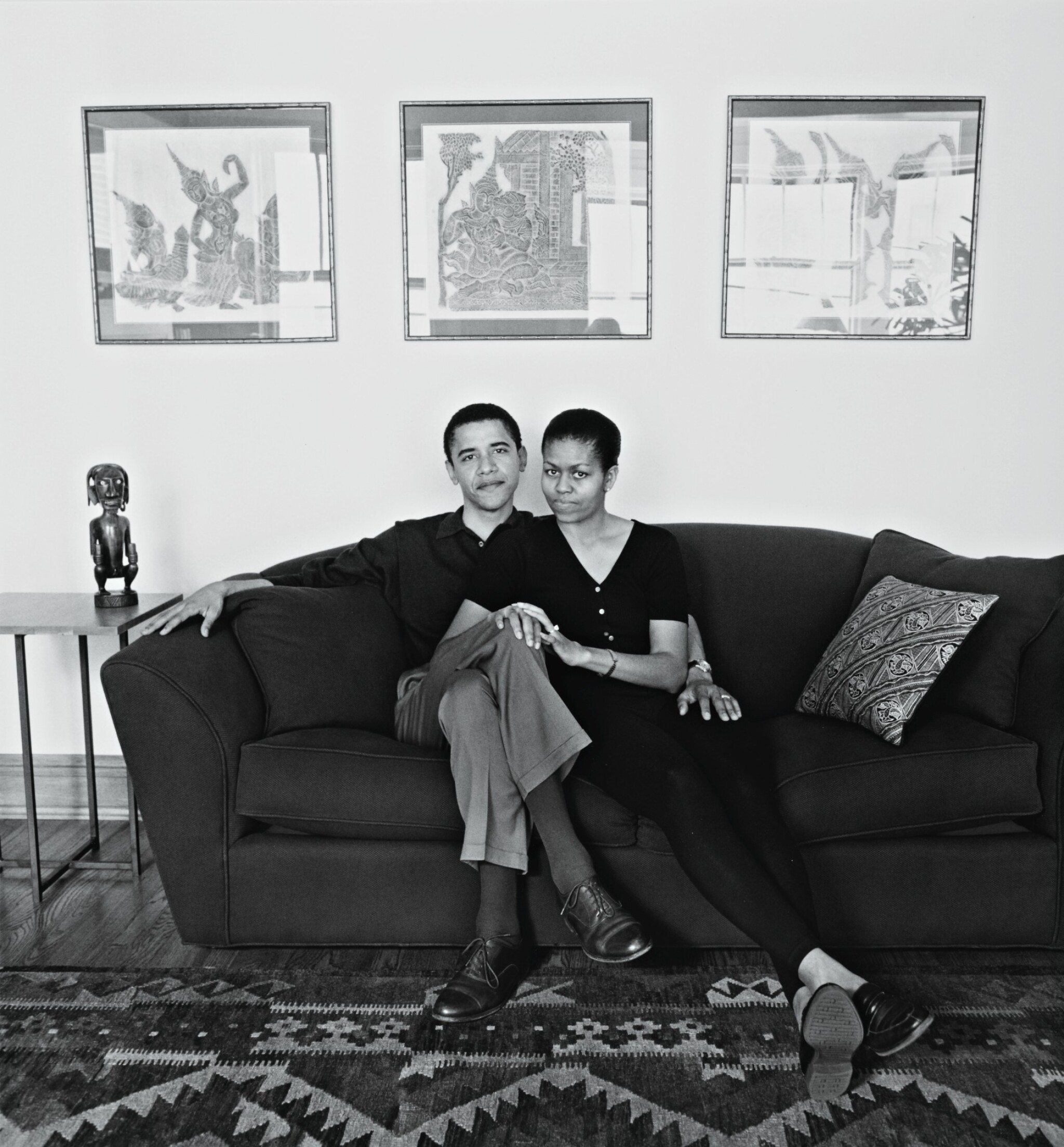 gelatin silver print, mounted, signed in pencil on the mount, signed, titled, dated, editioned 11/25,' copyrighted, and annotated in ink on the reverse, 1996

Please note the colors in the online catalogue illustration may vary depending on screen settings. This gelatin silver print is in generally excellent condition. There is very minor soiling on the reverse of the mount. The annotations in the photographer's hand in ink on the reverse read: 'Not to be reproduced without permission' and '26 May 1996.'

Mariana Cook photographed Barack and Michelle Obama at their home in Chicago's Hyde Park in May 1996 as part of a project on American couples. Obama was working as a community organizer, preparing to run for his first term as an Illinois State Senator, and she was soon to be named Associate Dean of Student Services at the University of Chicago. Cook captured the young couple casually nestled together on their sofa, surrounded by the artifacts of their married life. Thirteen years later, Barack Obama became the 44th president of the United States.

"I have been working with Mariana Cook for two decades. Her work is in the permanent collections of various museums, among them the Metropolitan Museum of Art and The Museum of Modern Art, New York City; the J. Paul Getty Museum, Los Angeles; Museum of Fine Arts, Boston; Philadelphia Museum of Art; National Portrait Gallery, London; Bibliothèque Nationale and Musée d’Art Moderne de la ville de Paris; and the National Portrait Gallery, Washington, D. C. Twelve books of her work have been published, including Economists (2020), the best-selling Fathers and Daughters (1994), Lifeline (2017), and Stone Walls: Personal Boundaries (2011), her first book of landscapes. She continues to work with black-and-white film and natural light. She is the last protégée of Ansel Adams." - Lee Marks

Established in 1981, Lee Marks Fine Art maintains a broad inventory of photography and works with many private collectors. Lee Marks is a founding member and past president of the Association of International Photography Art Dealers (AIPAD).