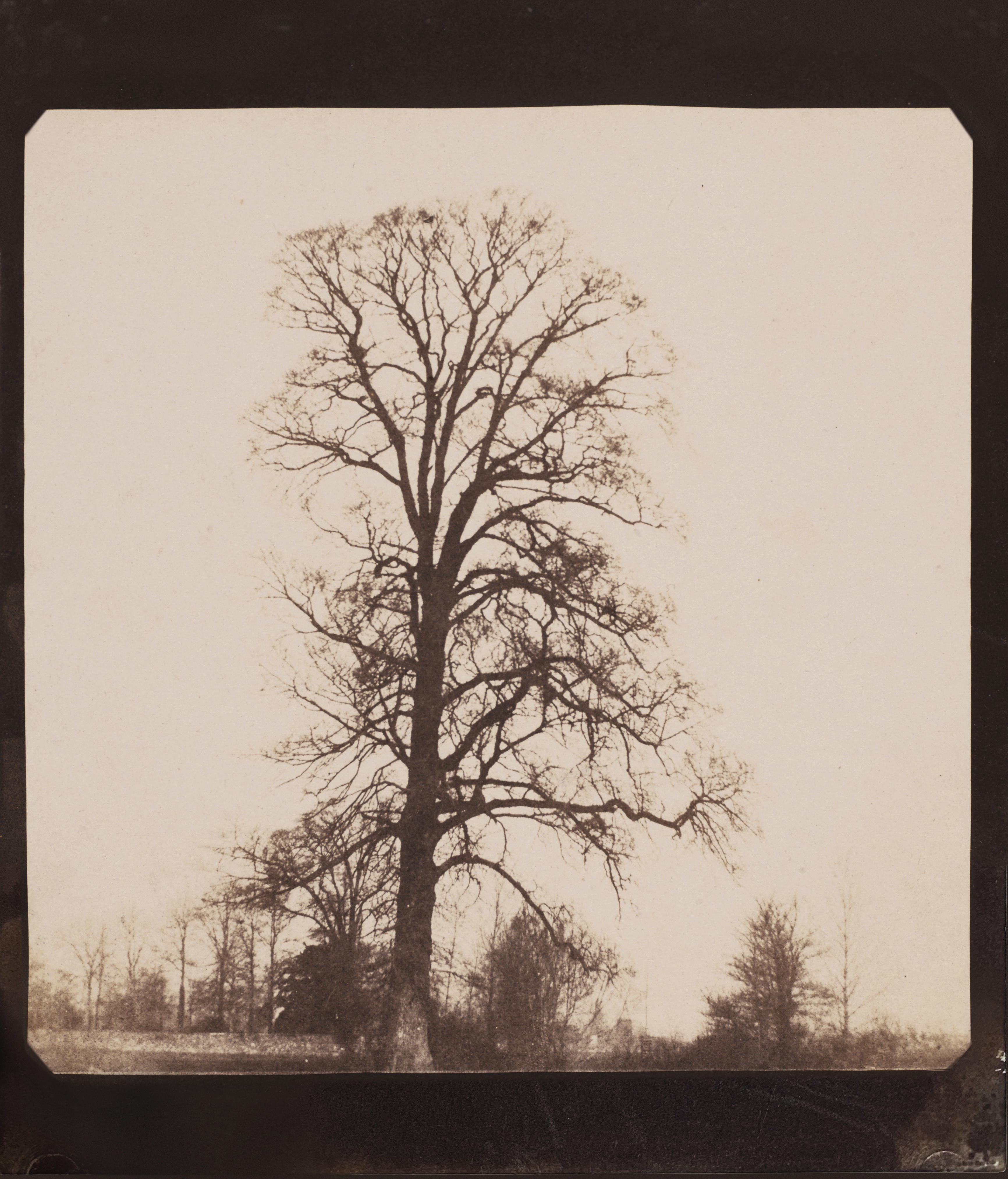 Please note the colors in the online catalogue illustration may vary depending on screen settings. Grading this salt print on a scale of 1 to 10 - a 10 being a print that has rich, deep dark tones and highlights that retain all their original detail - this print rates a 9. The darkest areas are a rich chocolate brown. There is superb detail in both the foreground and background, particularly seen in the tree branches. This photograph is in generally excellent condition. On the reverse, the following are written in unidentified hands in pencil: '164' and 'X 3001030002'; and in ink: 'LA 225' and '2/6.'

"In 1841, Talbot was inspired by his childhood tutor and headmaster at Harrow, Dr. George Butler, who wrote, 'Photogenic Calotype drawings of Forest Trees… would be the greatest stride towards effective drawing & painting that has been made for a Century… your photogenic drawing would be a portrait; it would exhibit the touch of the great Artist, Nature: and by copying that touch, in a short time our modern artists would acquire a facility & accuracy & decision in the characterizing of trees & delineating their respective foliage, as has never been surmised in all bygone Ages.'

Talbot’s tree studies such as this stark portrait of Elm in Winter on the grounds of his ancestral home, Lacock Abbey, are among his rarest and most sought after images. Talbot’s Oak Tree from this same series was the cover of my first Sun Pictures catalogue.' - Hans P. Kraus, Jr.

Hans P. Kraus Jr. Fine Photographs, established in New York in 1984, is a dealer in 19th and early 20th century photographs, specializing in William Henry Fox Talbot and others in the paper negative era.