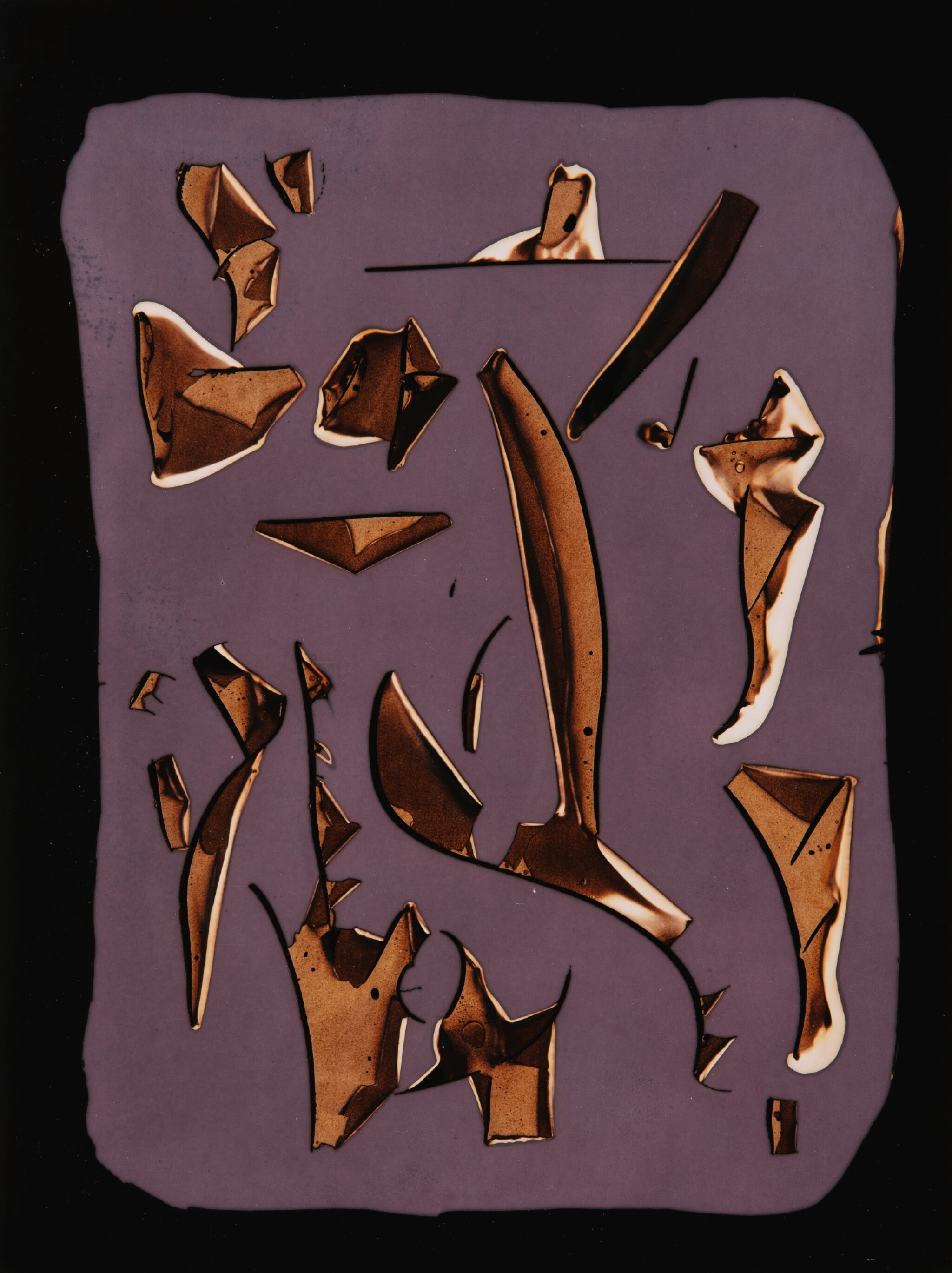 Please note the colors in the online catalogue illustration may vary depending on screen settings. This unique gelatin silver chemigram is in generally excellent condition. The sheet is rippled along the upper edge in areas consistent with hinge placement on the reverse. The margins edges are chipped. The following are written in pencil in an unidentified hand on the reverse: '5723'; '3' [circled]'; and '6.' 'SG/1010/877' is written in ink.

With the evolution of digital photography and the growing ubiquity of the medium, artists have sought to create works that are easily distinguishable from what we could create with our phones. In many cases, these artists have turned to analog processes that create unique, physical works. The resulting, often abstract works carry on a dialogue from prior decades in the history of photography, as witnessed by these two works by Cordier and Chargesheimer. They were both early practitioners of the chemigram and worked independently with the process as early as the 1950s. At that time, their work had a direct dialogue with Abstract Expressionism and the post WWII political and social climate but it was also inherently photographic and distinct from similar explorations by painters of the time. I take great pleasure in seeing the dialogue between art from different periods and how each adds to the dialogue in their own distinct manner." - Tom Gitterman

Gitterman Gallery specializes in connoisseur level photographs from a broad range of styles and periods, often championing artists who have been previously overlooked.​