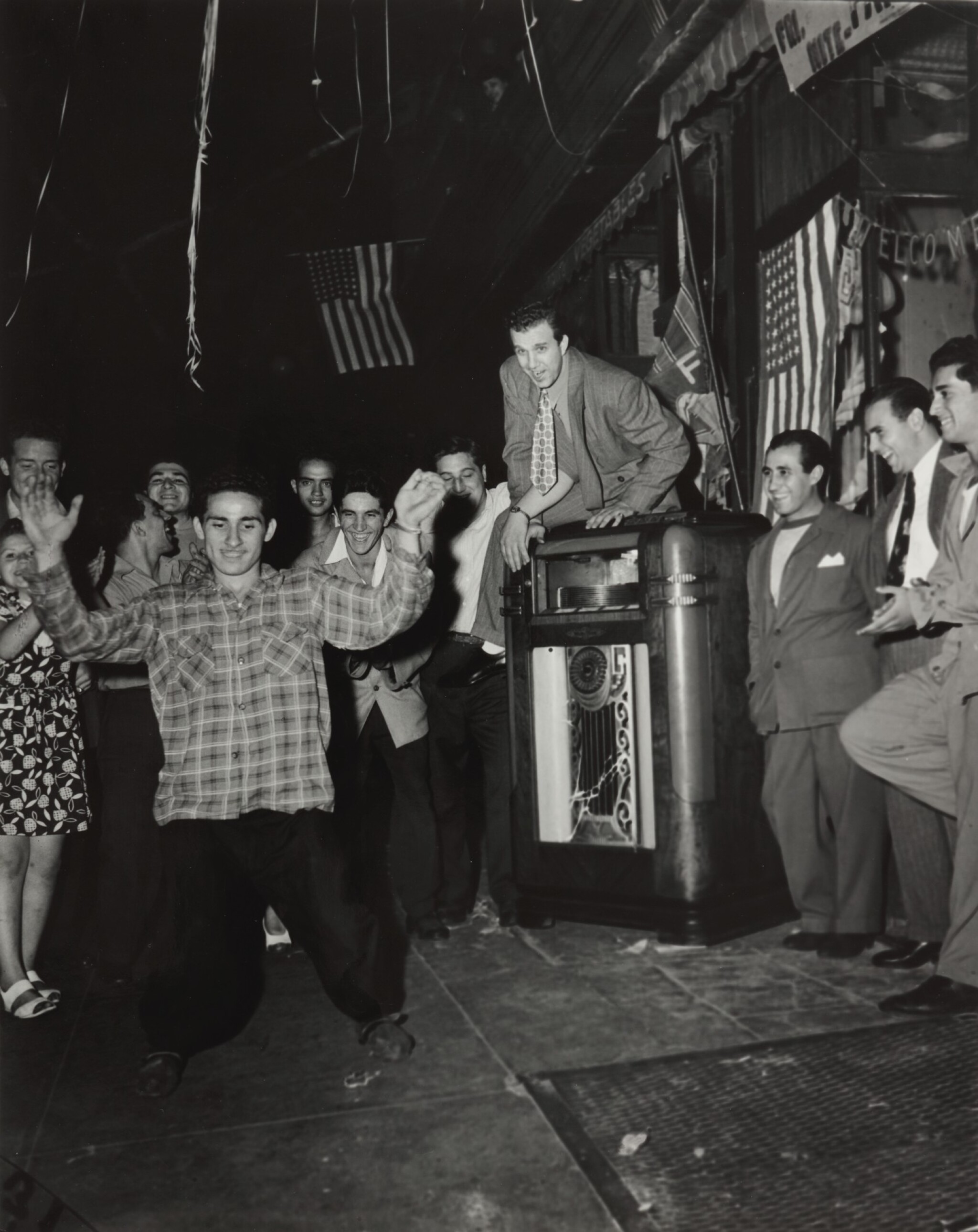 Please note the colors in the online catalogue illustration may vary depending on screen settings. This ferrotyped gelatin silver print is in generally good to very good condition. As is typical of ferrotyped prints, there are hairline scratches and indentations scattered across the print. The edges and corners are worn, and each corner is creased. The reverse is lightly soiled. 'PF130180' and '5000. - / M/K 91-158 / BIIOS' are written in pencil in an unidentified hand. When viewed under ultraviolet light, this photograph does not appear to fluoresce.

“In 1977, at the inaugural one-person exhibition at the International Center of Photography on 94th Street at Fifth Avenue, I was instantly transfixed by the photographic imagery of Arthur Fellig- known to New Yorkers by his moniker, 'Weegee the Famous.'

Weegee’s reputation hinged on his ability to arrive at crime scenes and emergency events moments following police dispatches. His immediacy on the scene imbued his shots with closeup angles of the victims, the weapon of choice oftentimes displayed nearby, the oft vacant and darkened crime scenes, and the gawking crowds that assembled on the other side of the yellow tape.

I got hooked just like those first-person witnesses back then. Suddenly, my career mission became clear - to seek out and acquire as many of these compelling works by this crime reporter as I could find.

One of the two works by Weegee selected for this auction from my collection is Celebration at End of War, a timeless remembrance of our Nation celebrating an end to years of turmoil and death. It could stand in as a symbol for our times as well.” – Henry Feldstein