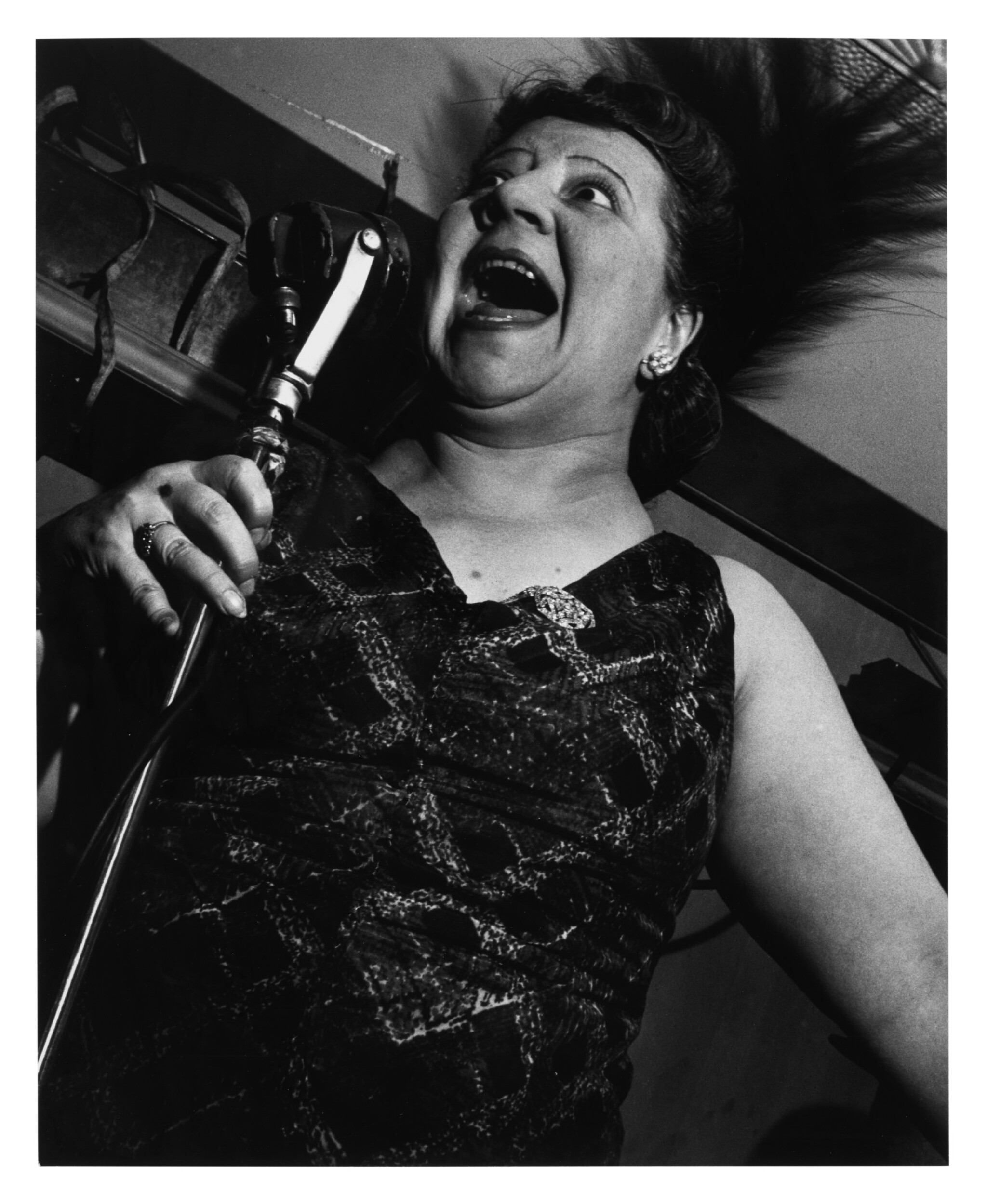 (Washington, D. C.: Lunn Gallery and Graphics International, Ltd., 1976, an edition of 75 and 15 artists proofs), a portfolio of 12 ferrotyped gelatin silver prints, each signed and with the photographer's copyright stamp and edition number '32/75' on the reverse, in individual wrappers as issued, 1933-49, printed in 1976; together with the printed title, introduction by Berenice Abbott, plate list, and colophon. Folio, black silk clamshell box and matching black acrylic slipcase

Please note the colors in the online catalogue illustration may vary depending on screen settings. This portfolio is in generally excellent condition. The following are visible under close examination: minor handling creases, some superficial scratches, and corner and edge wear. Several prints have numerical notations and are titled in pencil in an unidentified hand on the reverse. There is scattered soiling and stains on the reverse of some of the prints. The colophon is numbered '185004.3.05' in pencil in an unidentified hand.

Stephen Daiter Gallery offers fine contemporary and vintage examples of important American and European photography from the 20th- and 21st-centuries.​

"Focusing on classic 20th century experimental and social documentary photography, Stephen Daiter Gallery has a particular expertise on the Photo League in New York (1936-1951) and the early years of The Institute of Design in Chicago (1937-1967). Lisette Model was an important artist in the mid-century New York photography scene. She was a member of the Photo League during the 1940s, a revered educator at the New School for Social Research (1951 until her death), and a central figure at the Limelight Gallery, an important meeting place for photographers in New York City during the 1950s. This portfolio is a cross-section of her work made in France during the 1930s and in New York during the 1940s." - Stephen Daiter

The plates in this portfolio are as follows: