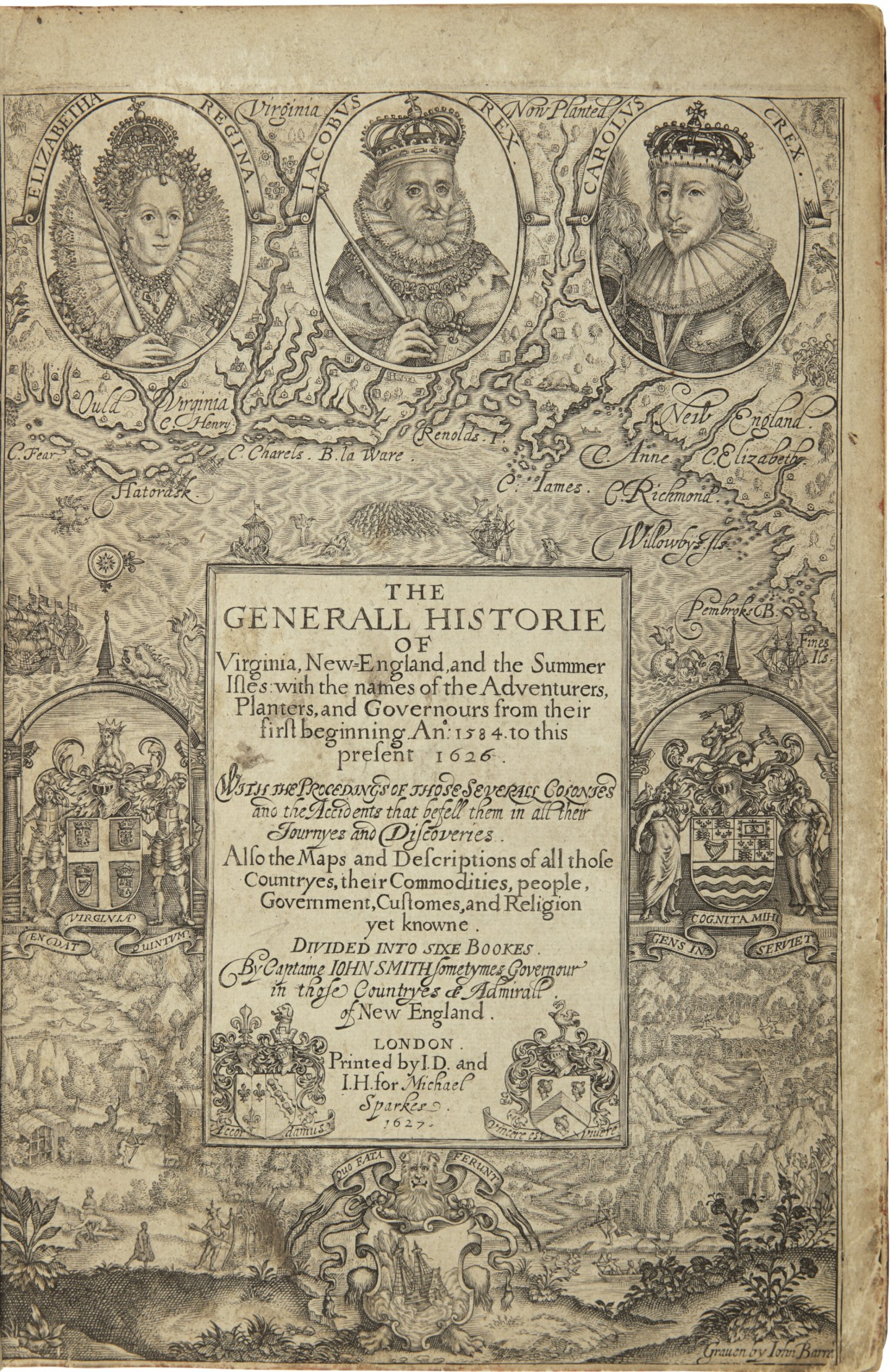 THE GENERALL HISTORIE OF VIRGINIA, NEW-ENGLAND, AND THE SUMMER ISLES: WITH THE NAMES OF THE ADVENTURERS, PLANTERS, AND GOVERNOURS FROM THEIR FIRST BEGINNING ANO: 1584 TO THIS PRESENT 1626. LONDON: J. D.[AWSON] AND I. H.[AVILAND] FOR MICHAEL SPARKES, 1627

First edition, third issue, of this seminal work, from the library of the Calverts, the original Proprietors and colonial governors of Maryland

First published in 1624, The Generall Historie is regarded as one of the foundation sources for the English settlements in America and Bermuda. It was partly compiled from Smith's four earlier reports on the Virginia and New England colonies, of which all are very rare. The Generall Historie of Virginia contains Smith’s eyewitness account of the founding of Jamestown, his capture and rescue through the intercession of Pocahontas, his observations during his time spent in Virginia (1606-1609), and his explorations of the New England coast (1610-1617).