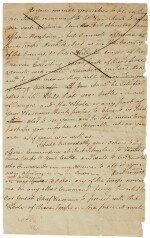 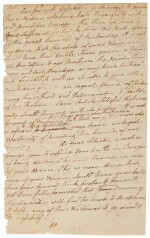 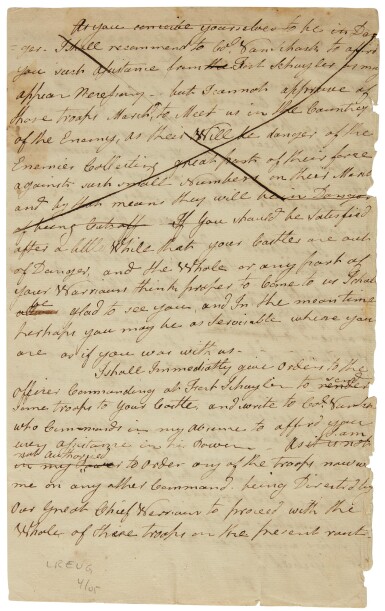 James Clinton led a New York force that linked with General John Sullivan in the late summer of 1779, and thrust deep into the unknown territory of the Six Nations in New York State to punish the frontier-raiding Iroquois and dissuade them from war-making, an extended military campaign known as the Sullivan Expedition. Washington had directed the destruction of the Indian settlements and their crops as well; this was so efficiently accomplished that the Iroquois were reduced to near-starvation the following winter and never fully recovered. Sullivan's Expedition was the first large-scale military chastisement of Native Americans by the United States and it foreshadowed the use of force against them for over a century.

Some tribes or splinter groups did not align themselves with the British, and here Clinton has diplomatically suggested that his correspondents either stay on the sidelines, or provide only that help with which they were comfortable: "Our present expedition is Intended to Chastise those Nations who have broke their faith with us and Joined our Enemies — the Force we have is quite Sufficient for that purpose ... In order to give all our Indian friends an eaqual Chance of Evidencing their Spirit and Determination to partake of our Fortune... It is not that I have given you this Invitation for want of Warriours, but that every Warriour who is a friend to these United States may have an Eaqual opportunity of punishing the Enemies of our Country."