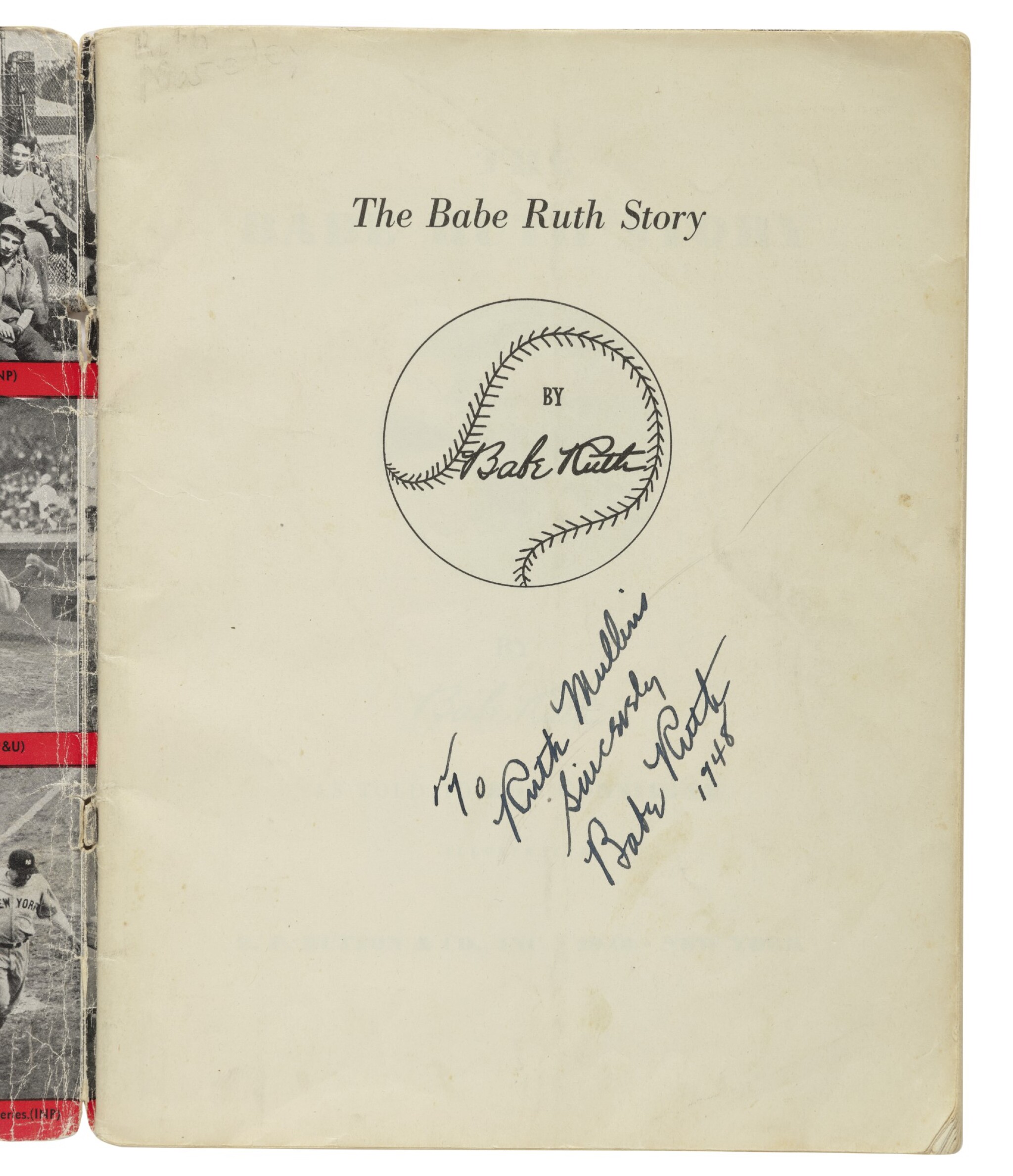 A presentation inscription from near the end of Ruth's life. This copy is inscribed on the half-title, "To Ruth Mullins Sincerely Babe Ruth 1948." Ruth spend most of the late spring and summer of 1948 in and out of the hospital until his death on August 16. In an accompanying statement signed by the recipient, 2007, Mullins explains that she "was employed as a Registered Nurse at Cancer Memorial Hospital [now Memorial Sloan Kettering] in New York City from January 1948 until August 1948. During this time Mr. George 'Babe' Ruth was a patient in this hospital. He was attended by a private duty nurse, Mr. Frank Delaney. Mr. Delaney joined the hospital staff nurses during mealtimes. He told us Mr. Ruth was very pleased to sign memorabilia for children and if we would like to obtain some autographs he would obtain for us." Mullins further explains that she purchased from Delaney several signed items for herself including books, balls, and photographs.