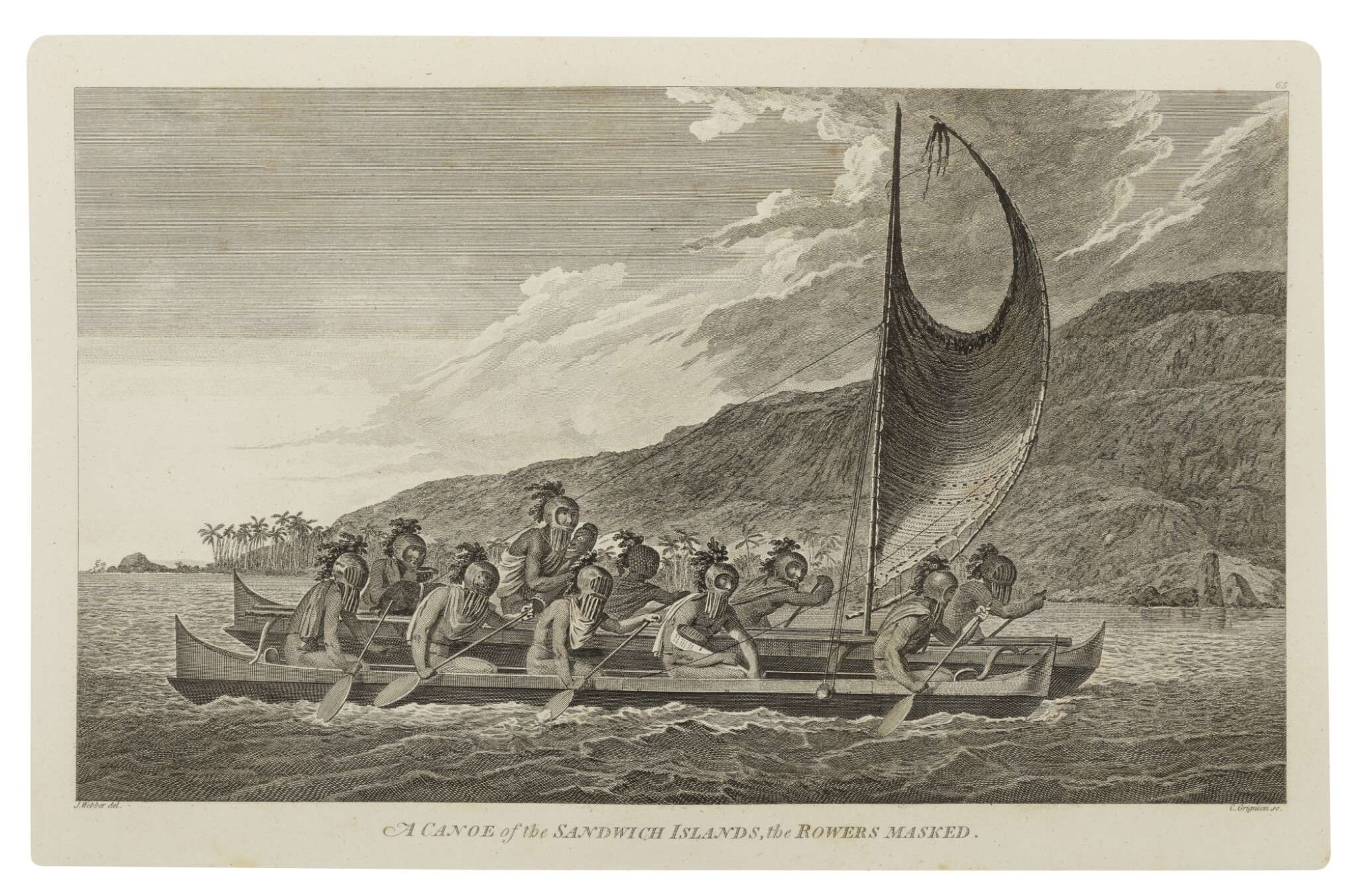 [Complete set of the Voyages of Captain Cook]

[First Voyage] - John Hawkesworth. An Account of the Voyages undertaken by the order of his present Majesty for making Discoveries in the Southern Hemisphere, and successively performed by Commodore Byron, Captain Wallis, Captain Carteret and Captain Cook, in the Dolphin, the Swallow, and the Endeavor. London: for W. Strahan & T. Cadell, 1773. 3 volumes, 4to. 52 plates, maps and charts (most folding or double-page), including the Chart of the Straits of Magellan; moderate foxing and browning throughout, some tears to the larger folding plates, offsetting from plates (particularly to vol. 2). Second edition. Hill (2004) 783.

[Second Voyage] - James Cook. A Voyage towards the South Pole, and around the World. London: for W.Strahan & T. Cadell, 1785. 2 volumes, 4to. Engraved portrait frontispiece of Cook by J. Basire after W. Hodges, 63 engraved plates, charts and maps (most folding or double-page), 1 folding letterpress table; moderate foxing and browning throughout, occasional separation at folds and tears to plates, "Woman of Sta. Christina" detached but present.  First edition. cf. Hill (2004) 358; Sabin 16245.

Cook's first voyage included visits to Tahiti and New Zealand, and the tracing of the east coast of Australia was one of the most perilous feats of navigation in the whole recorded history of exploration. The second voyage pushed further south in search of a southern continent than any previous navigators, as well as visiting numerous Pacific islands. The third voyage returned to islands previously visited, discovered Hawaii, and explored the northwest coast of America from Alaska to Oregon. The text of these official reports form an invaluable record of the voyages, but they are enhanced enormously by the 219 plates, maps, charts and views which include the work of one of the greatest cartographers of his day as well as images from the three most important artists to visit the Pacific during the eighteenth century.