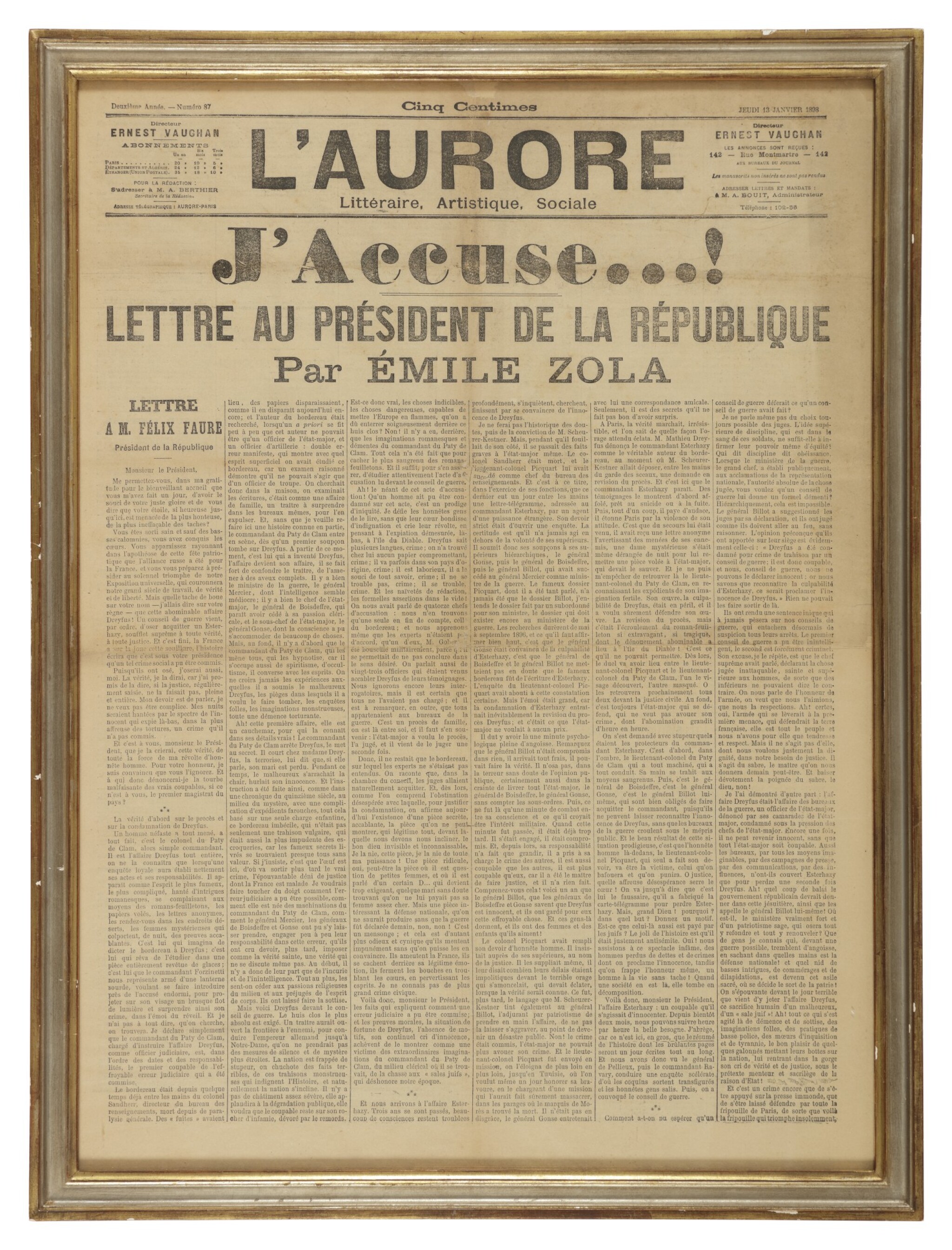 Folio (610 x 440 mm) On the front page of the L'Aurore newspaper. Paris, January 13, 1898, issue no. 87. Some browning. Matted and framed. [With:] A group of ephemera related to the Dreyfus Affair, including: numerous political cartoons clipped from various periodicals, broadsides, many of which illustrated, several issued of Le Figaro dated variously 1897-1899, an issue of La Rappel dated 1870, an issue of Paris Mensonge dated 1882, and an issue of L'Aurore date 1898; toning, splits to folds with occasional loss, general wear commensurate with age. Housed in three custom red morocco backed folding portfolios with marbled paper covered boards, spines with raised bands in six compartments, second and third gilt-lettered, together in matching slipcase; spines sunned, some rubbing to extremities.

Zola's famed defense of Alfred Dreyfus — an open letter to the President of France, in which Zola accuses the army and military courts of convicting Dreyfus of treason without evidence, sham proceedings driven by rampant anti-Semitism.

Zola had to flee to England to avoid libel charges, but his impassioned statement began a slow turning of opinion and Dreyfus was eventually cleared of all charges at a 1906 retrial.