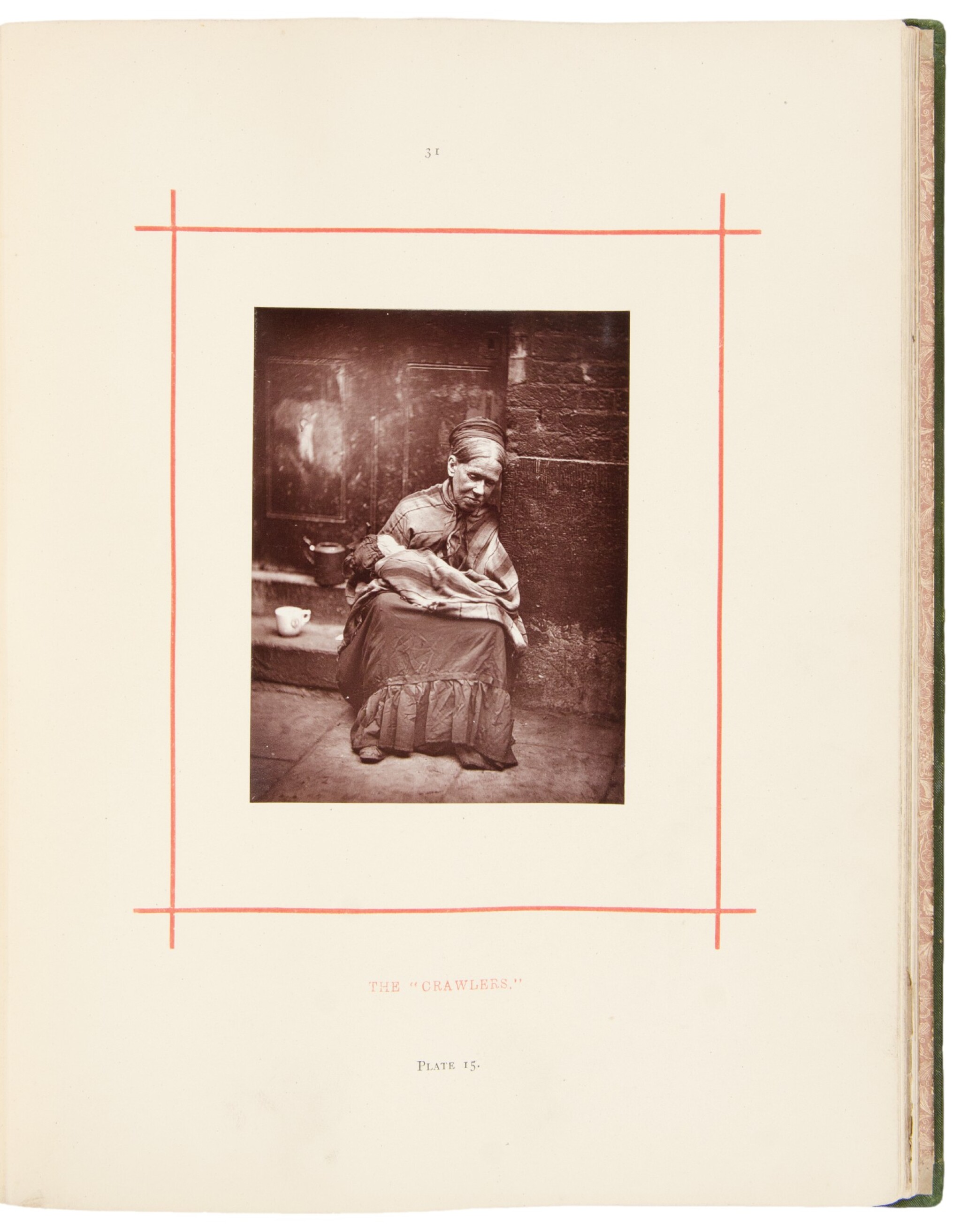 "The first photographic social documentation of any kind" (Gernsheim)

Thomson's photographs in Street Life in London and the present Street Incidents, along with the commentary upon the images by Thomson and Adolphe Smith, depict a London in which life is a harsh and continuous struggle. The characters on view here are familiar to us more from Dickens' novels, or from an idea of the Whitechapel of Jack the Ripper, than from any nostalgic image of fusty or patrician Victorianism. Thomson and Smith are, however, sympathetic to the objects of their study, and seem intent on cataloguing the variety of types to be found rather than attempting any Barnum-like freakshow. As Thomson himself writes: "The precision and accuracy of photography enables us to present true types of the London poor and shield us from the accusation of either underrating or exaggerating individual peculiarities of appearance."

It is "a pioneering work of social documentation in photographs and words...one of the most significant and far-reaching photobooks in the medium's history" (Parr & Badger).

This copy is the second abridged issue, with variant title (i.e., renamed Street Incidents) and complete with 21 plates and text leaves numbered 45-100. The history of the production of this issue is not well known. However, internal evidence, when compared to the first edition of Street Life, which contains 36 photographs and text leaves numbered 1-100, reveal that Street Incidents comprises everything from Street Life, both text and photographs, following page 44. The only changes would appear to be additional plate numbers below the captions, as well as page numbers above the images. It would seem likely that the publisher had a remainder of the latter portion of Street Life, and re-issued what was available with a new title, and without credit to Thomson, as a new work.