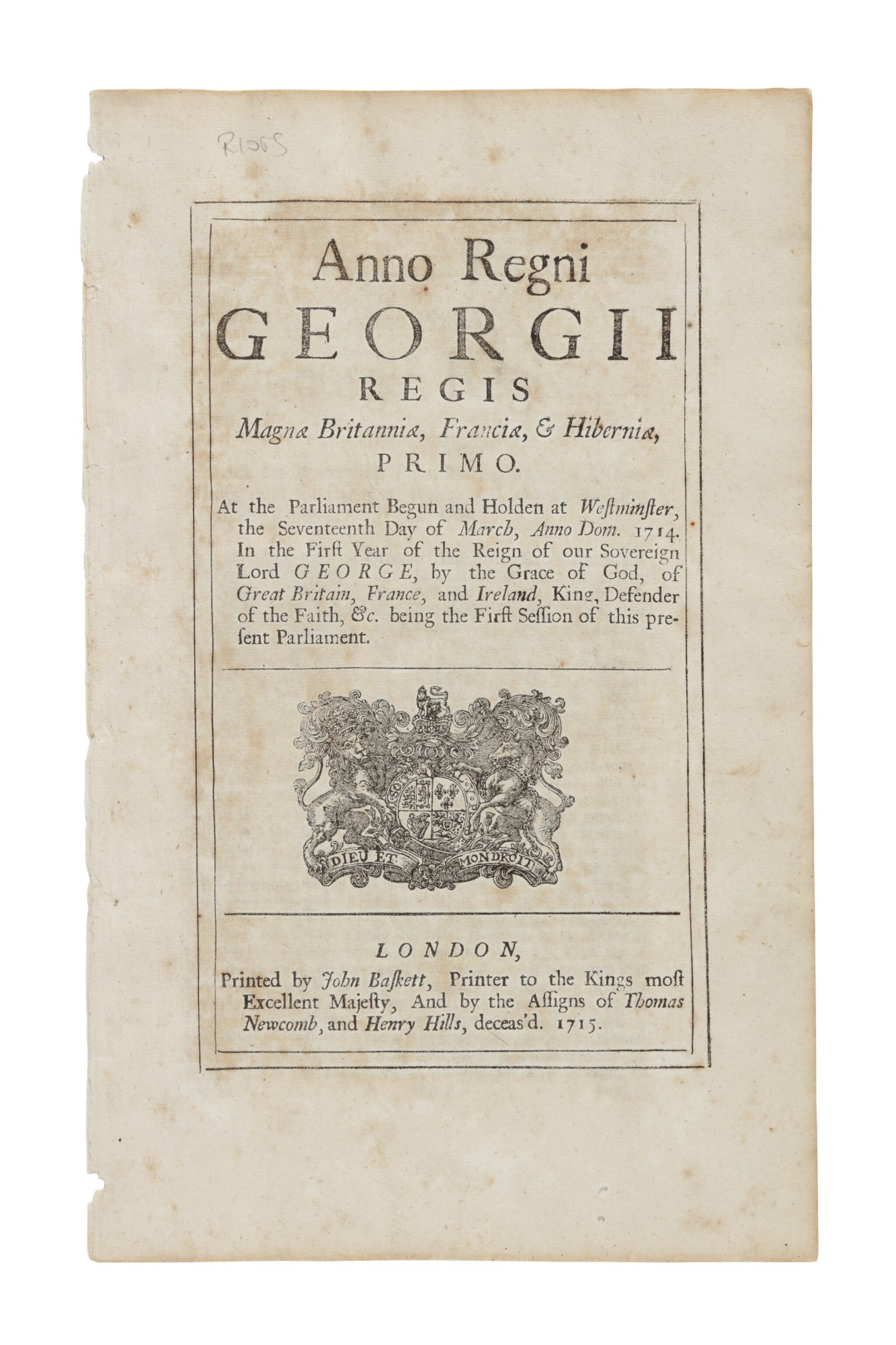 Anno regni Georgii regis … At the Parliament Begun and Holden at Westminster, the Seventeenth Day of March, Anno Dom. 1714 …  An Act for Preventing Tumults and Riotous Assemblies, and for the more speedy and effectual Punishing the Rioters [1 Geo.1 St.2 c.5]. London: Printed by John Baskett and by the Assigns of Thomas Newcomb and Henry Hills, 1715

Great Britain's Parliamentary Riot Act of 1714 has become part of the vernacular in a way that few pieces of legislation ever have. The Riot Act, which remained on the books for more than 250 years, authorized local authorities to declare any group of a dozen or more people to be unlawfully assembled and to order them to disperse or face punitive action.

The imminent application of the Riot Act had to be announced by the reading aloud of a warning or proclamation to that effect, viz., "Our sovereign lord the King chargeth and commandeth all persons, being assembled, immediately to disperse themselves, and peaceably to depart to their habitations, or to their lawful business, upon the pains contained in the act made in the first year of King George, for preventing tumults and riotous assemblies. God save the King." From this protocol has derived the phrase "to read the riot act": that is, to issue a severe reprimand or warning.

While many institutions must have copies among their runs of Parliamentary Acts, the Riot Act is essentially unknown in the marketplace.