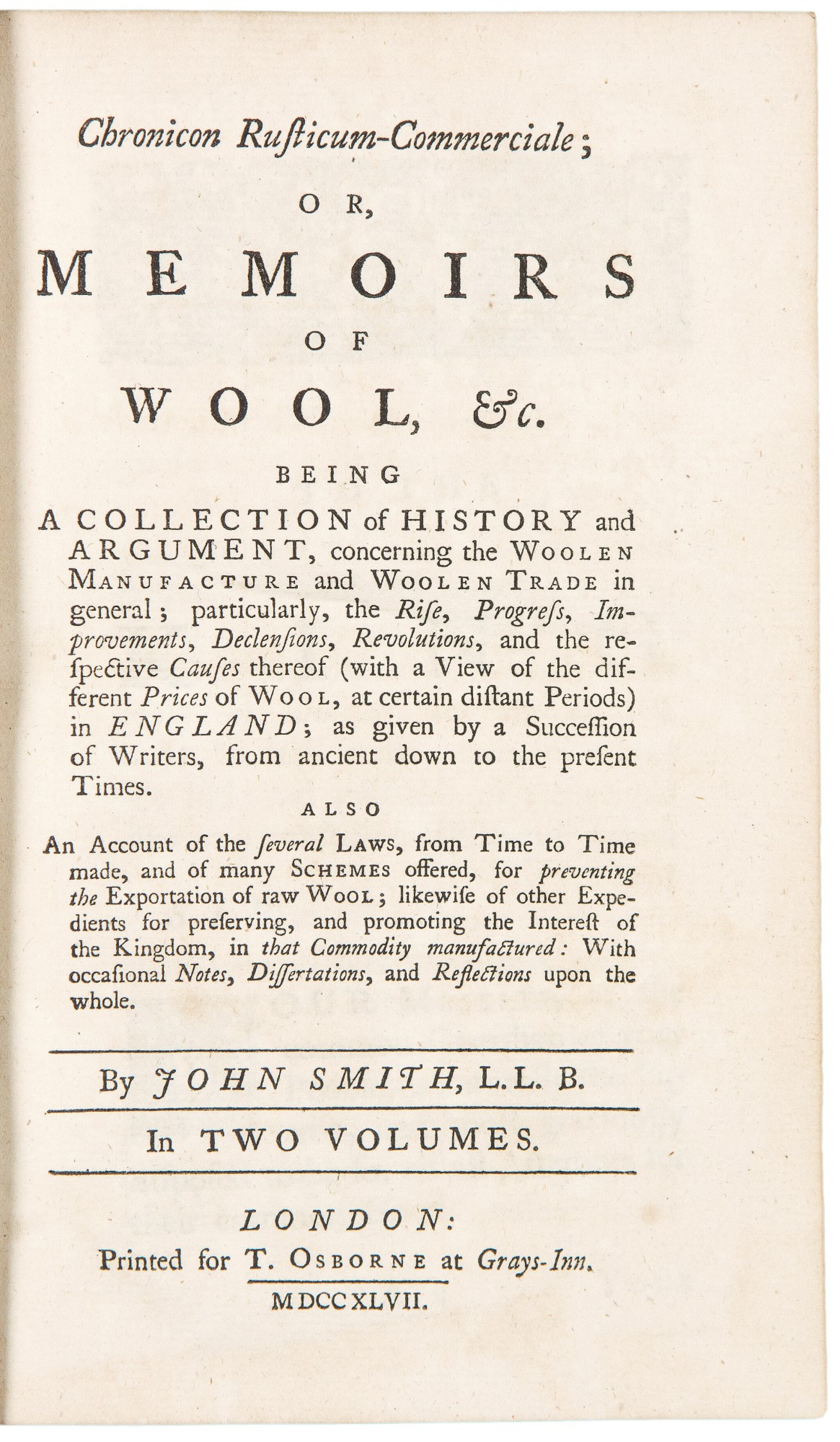 Chronicon Rusticum-Commerciale; or, Memoirs of Wool, &c. Being a collection of History and Argument, concerning the Woolen Manufacture and Woolen Trade in general. London: T. Osborne, 1747

﻿Written to oppose restrictions on the exportation of wool, Smith's work provides a historical compendium on the subject, particularly in Great Britain. "This is one of the most carefully compiled and valuable works that has been published on the history of any branch of trade" (McCulloch, Literature of Political Economy 237).