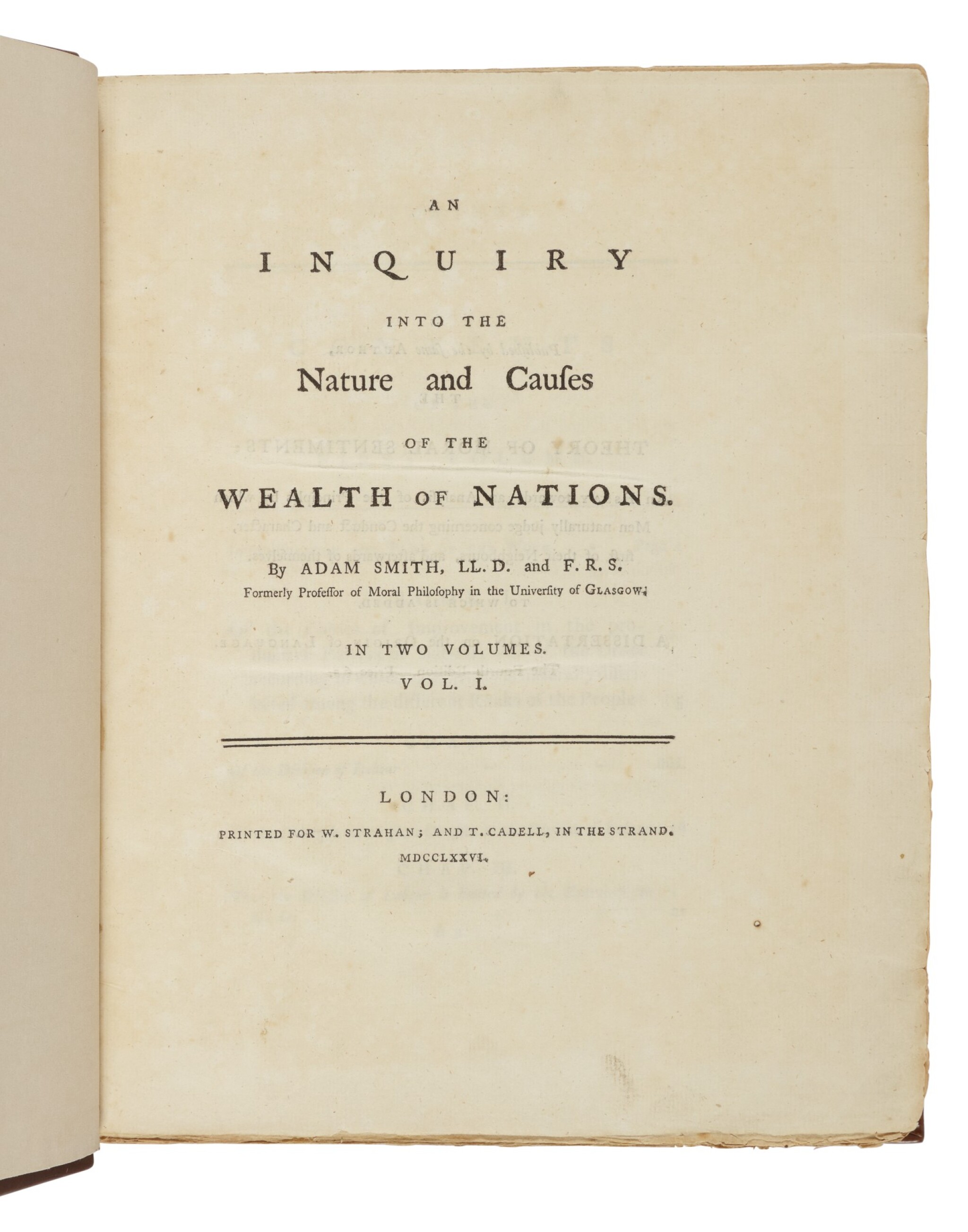 An Inquiry into the Nature and Causes of the Wealth of Nations. London: W. Strahan and T. Cadell, 1776

2 volumes, 4to (295 x 235 mm). Uncut. Half-title in Vol. II only as called for. Closed tear repaired to margin of one leaf. Expertly bound to style in paneled calf, titled in gilt.

First edition of the "first and greatest classic of modern economic thought" (PMM).

"Every individual ... generally, indeed, neither intends to promote the public interest, nor knows how much he is promoting it. By preferring the support of domestic to that of foreign industry he intends only his own security; and by directing that industry in such a manner as its produce may be of the greatest value, he intends only his own gain, and he is in this, as in many other cases, led by an invisible hand to promote an end which was no part of his intention" (IV, chap. 2).

In a work with few rivals in its time or after, Smith 'begins with the thought that labour is the source from which a nation derives what is necessary to it. The improvement of the division of labour is the measure of productivity and in it lies the human propensity to barter and exchange... it ends with a history of economic development, a definitive onslaught on the mercantile system, and some prophetic speculations on the limits of economic control... Where the political aspects of human rights had taken two centuries to explore, Smith's achievement was to bring the study of economic aspects to the same point in a single work' (PMM).

By undermining mercantilist theory, Smith makes the strongest economic argument against the suppression of the American colonies.