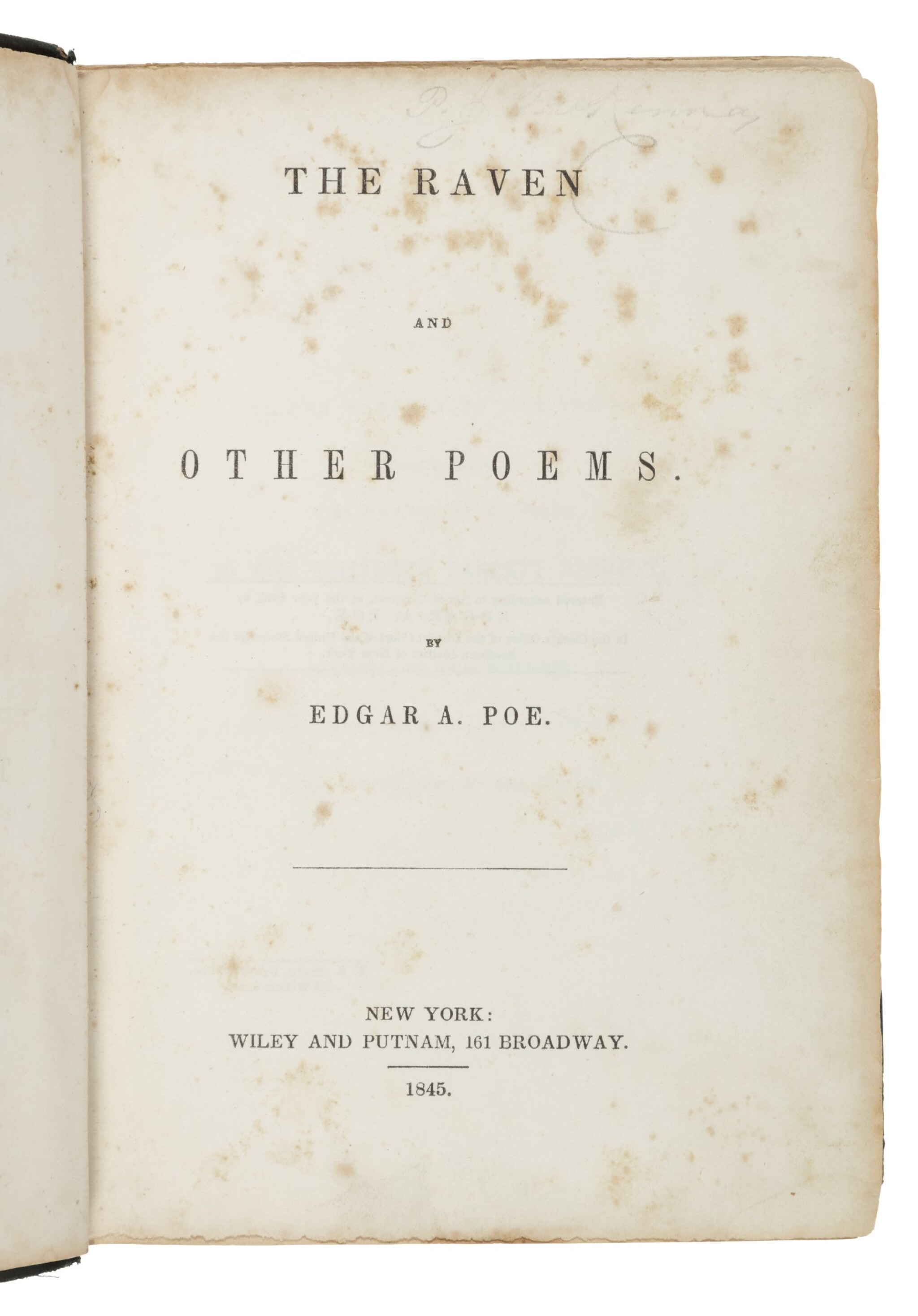 First editions of both classics, here Tales has the third issue of the copyright notice.

Having issued both titles previously with some modest success, the publisher's sought to increase sales by combining the two, issuing them in various orders (sometimes Tales was bound first) and with a variety of ads and cloth bindings.

The Raven remains perhaps the most famous poem in American literature.

As for Tales, it's influence is vast "... the first important book of detective stories, the first and greatest, the cornerstone of cornerstones...the highest of all high spots...contains for the first time in book form all three Dupin stories" (Queen's Quorum 1).

While the tales herein were not selected by Poe (and he expressed reservations about the editor "whose taste does not coincide with my own") they are in the end perhaps the single best representation of his broad range and lasting influence. The 1845 Tales contains not only the invention of modern detective fiction, but also his supreme handling of psychological horror, and his contributions to both science fiction and the adventure story.