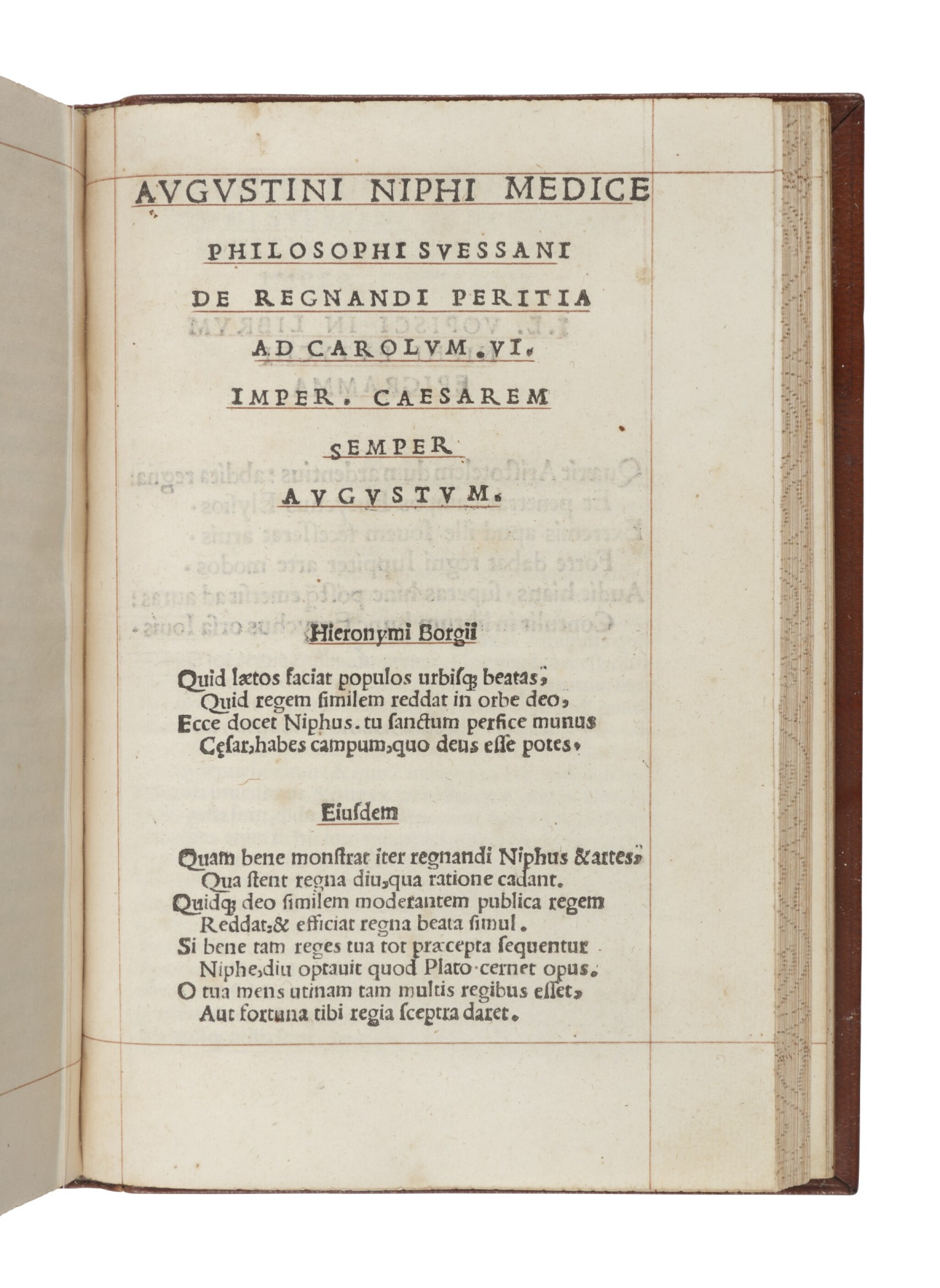 Agostino Nifo (1469/70–1538?) was a Renaissance Aristotelian philosopher who held teaching posts throughout Italy: Padua, Naples, Rome, Salerno, and Pisa. At one of his stops, Nifo became acquainted with Niccolò Machiavelli's Il Principe, which was extensively circulated in manuscript after its completion in 1513, even though it was not published until 1532, several years after the author's death.

Nifo translated extensive passages of Il Principe into Latin and published them, without attribution, in De regnandi peritia (On the Art of Ruling), giving his own work the distinction of including the first published portion of one of the most significant and influential political treatises in history.

While Nifo has ofttimes been dismissed as a mere plagiarist, his position is a bit more nuanced than that. In the first instance, the concepts of literary property and proprietorship simply didn't exist in the sixteenth century. But what is more important is that while Machiavelli posited that immoral means were justified in allowing princes to achieve their goals, Nifo argued that ethical principles should be maintained even in politics. Nifo may have used Machiavelli's words, but he was not making Machiavelli's case; most critically, Nifo differentiated, as Machiavelli did not, between tyrants and princes.

Very rare: we find no copy in the Anglo-American auction records since the George Dunn sale at Sotheby's in 1917.