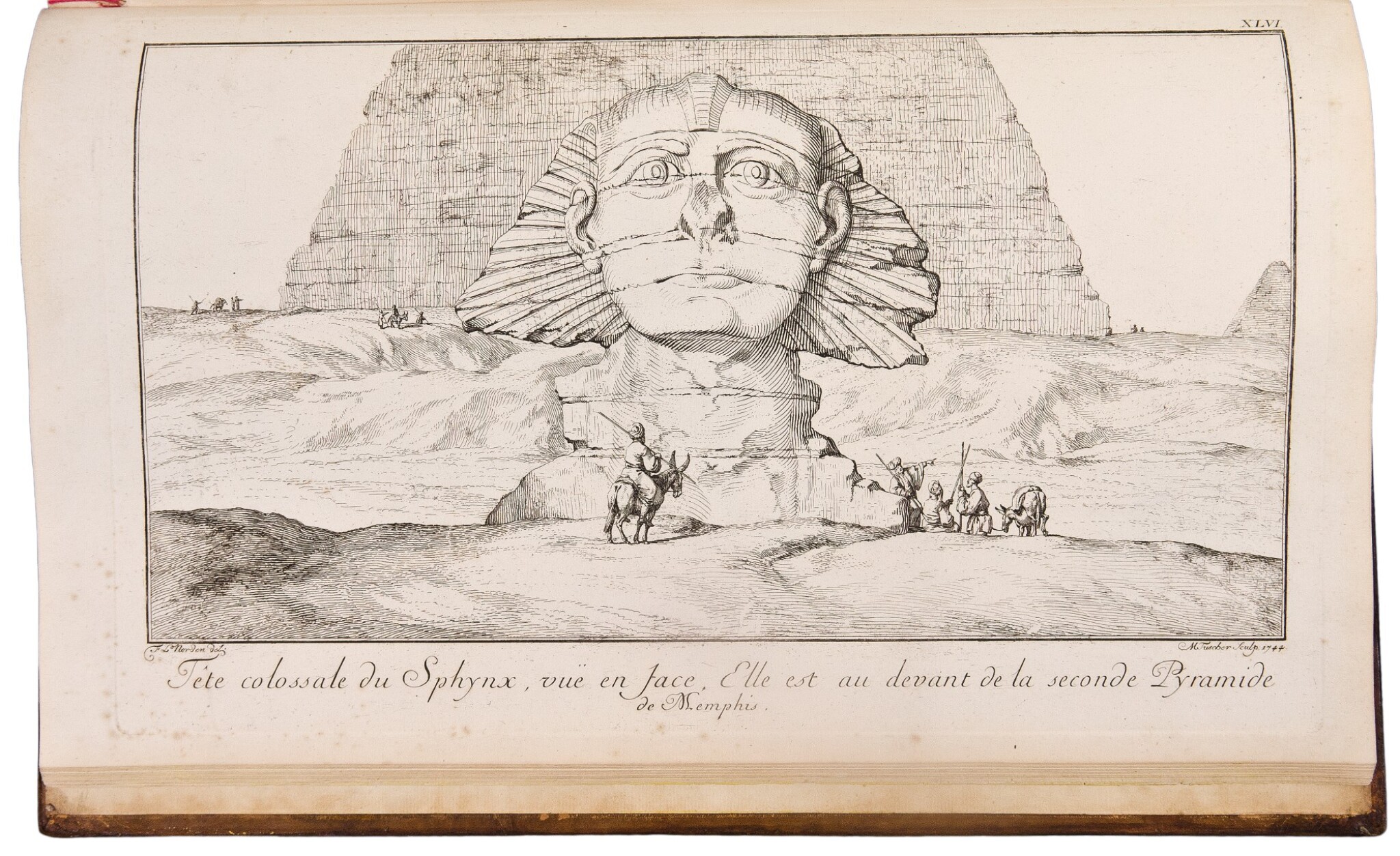 Travels in Egypt and Nubia...Translated from the original published by command of his Majesty the King of Denmark and enlarged with observations from ancient and modern authors, that have written on the antiquities of Egypt, by Dr. Peter Templeman. London: Lockyer Davis and Charles Reymers, 1757

﻿Norden, a Captain in the Danish Navy, made a journey in 1737-1738 through Egypt as far south as Sudan at the request of King Christian VI of Denmark. "After touring Alexandria and Cairo he proceeded up the Nile as far as Derr in Nubia, one night unknowingly passing Richard Pococke travelling in the opposite direction. Norden then retraced his steps to Alexandria and re-embarked for Europe in May 1738. During his year in Egypt, Norden produced the first coherent maps of the country...He died in Paris in September 1742, but his friends organized his papers on Egypt and published them in two volumes in French at Copenhagen in 1752-55" (Howgego). The present first English edition followed in 1757.

Norden "was the first European to penetrate as far as Derr in Nubia and to publish descriptions of any Nubian temples. This important work was the earliest attempt at an elaborate description of Egypt, and its plates are the most significant previous to those by Denon" (Blackmer).