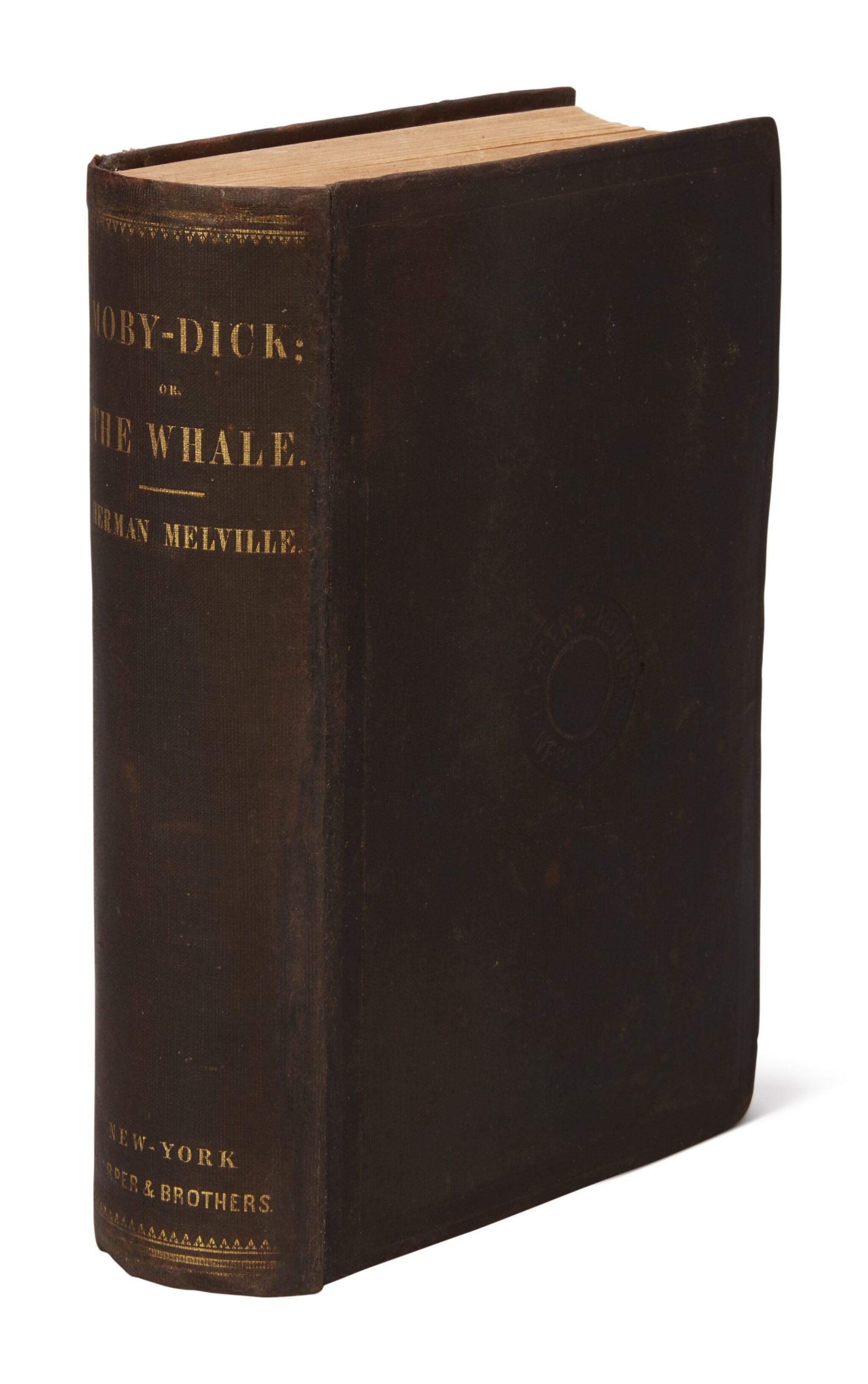 12mo (190 x 125 mm) 6 pages of advertisements at end, with the very rare white endpapers; lighter browning than often found, but a few leaves with some stains. Publisher's brown cloth, gilt spine title, covers stamped in blind with the publisher's circular device at the center within a heavy blind rule frame; recased with color restoration to joints and spine ends and some minor repairs to latter. Morocco folding case.

The first American edition of Melville's greatest achievement, this copy with the scarce white endpapers.

"[Melville's] great book, Moby-Dick, was a complete practical failure, misunderstood by the critics and ignored by the public; and in 1853 the Harpers' fire destroyed the plates of all of his books and most of the copies remaining in stock (only about sixty copies survived the fire)..."(BAL XII, pp. 522-526).

The rarity of copies with white endpapers (rather than the usual orange-coated) might be explained by the warehouse fire. Blanck recorded only a single such copy and bookseller Kevin MacDonnell, in Firsts magazine (June 2006), noted "two copies that have been seen with plain white end papers." We know of one other that has turned up, but in any case, there are very few extant.

‘It is the horrible texture of a fabric that should be woven of ships’ cables and hawsers. A Polar wind blows through it, and birds of prey hover over it.’ (Melville on Moby Dick)