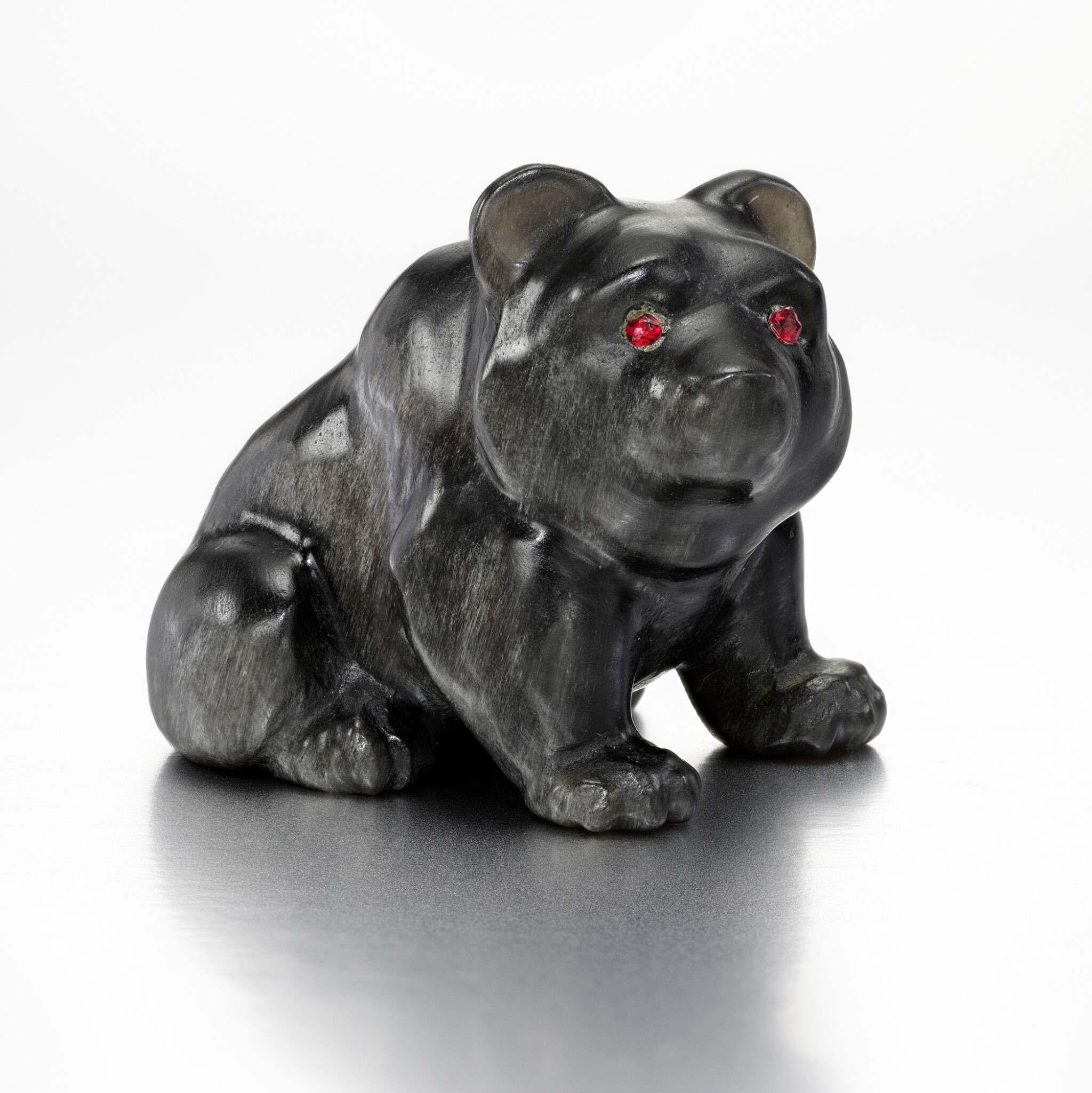 Intrinsically charming and representative of the highest level of craftsmanship, the animals in the present collection epitomise Fabergé’s ability to transform mineral specimens into lifelike works of art. The carving of the present model of a seated bear cub utilises the full potential of obsidian, simulating the sheen of bear fur and capturing the sinews of its haunch. The vertical polish of the carving and its undulating form work with the natural qualities of the stone to introduce movement and verisimilitude in this Fabergé study.

‘It is impossible to list all the animals that were used as themes for these figures, but it should be said that the pose was always as compact as possible, as dictated by the technique of the material.’

It was of the greatest concern to Fabergé’s craftsmen that the perfect mineral specimens, of the right colour and markings were sourced for each individual study. In the present study of a seated bear cub, the polished obsidian, which captures the light differently at all angles, perfectly emulates the sheen of wet bear fur.

Obsidian is a naturally occurring volcanic glass, created by the rapid cooling of lava. It comes in several forms, the most desirable being specimens like that used in the present bear, which have an iridescent or metallic ‘sheen’ caused by light reflecting from minute inclusions of mineral crystals, rock particles, or gas. The colour of the iridescence in this Fabergé bear study is created using rarer ‘silver obsidian’. Due to the range in its sheen, obsidian was often employed in Fabergé’s hardstone studies, Birbaum mentions it in his memoirs:

‘Of the animal figures the caricature elephants were particularly successful. They are of various stones in the form of bibelots, obsidian seals and walruses. The effect of wet fur is achieved by the play of colours.’