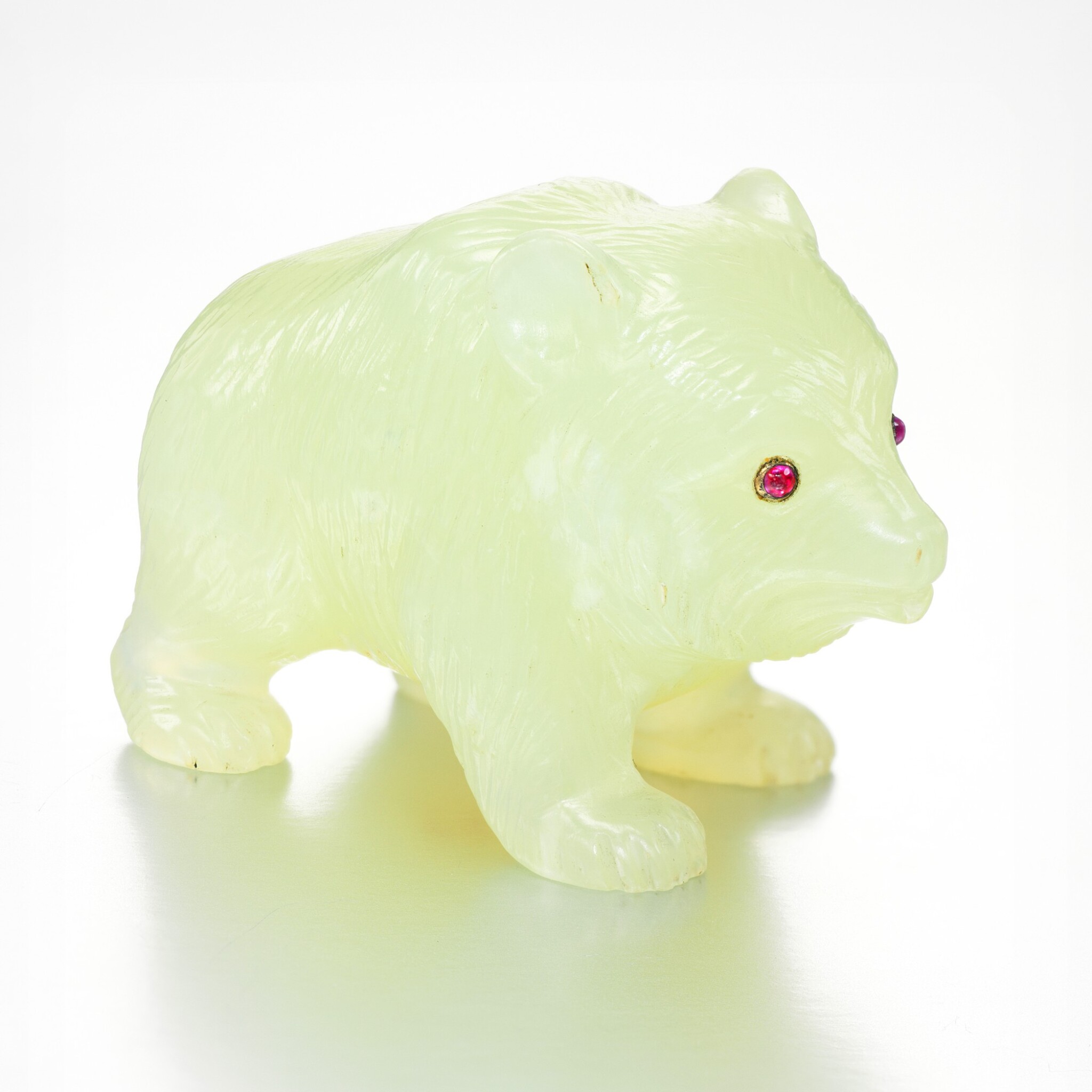 While many of Fabergé’s hardstone animal models were made of precisely coloured stones that matched the natural properties of the animal, many others were made from more fanciful mineral specimens. For these less prescriptively naturalistic studies, bowenite was often the chosen stone, as can be seen in this model of a striding young cub. The rich ‘grape’ colour of bowenite and the textures that could be achieved when carving it made it a popular choice for pug dogs, elephants and bears such as this.

‘It is impossible to list all the animals that were used as themes for these figures, but it should be said that the pose was always as compact as possible, as dictated by the technique of the material.’

It was of the greatest concern to Fabergé’s craftsmen that the perfect mineral specimens, of the right colour and markings were sourced for each individual study. In the present study of a striding young bear cub, the bowenite with its pleasing tone and lustrous polish is the perfect showcase for the fine carving of its fur.

Bowenite was sourced by Fabergé from the Ural Mountains and Siberia, its colors vary from yellow to brown, and grayish-green to yellow-green. As a result of its softness, Fabergé only used specimens in the shade of the present model of a bear, which the firm called ‘jadeite’ and prized for its bright, rich green color.

Once the carving of each animal was completed, it was returned to the workshop of Fabergé’s head workmaster. In the case of the present studies, most likely that of Michael Perchin or Henrik Wigström. In the workshops the animals were then polished and mounted with their finishing touches, such as their gem-set eyes. These works were then retailed though Fabergé’s shops in St Petersburg and London, where they were broadly collected. Notably an inventory of the possessions of Empress Maria Feodorovna and Emperor Alexander III compiled by the director of the Anichkov Palace after 1917 lists more than one hundred Fabergé stone animal studies (C. de Guitaut, op. cit., p. 34).