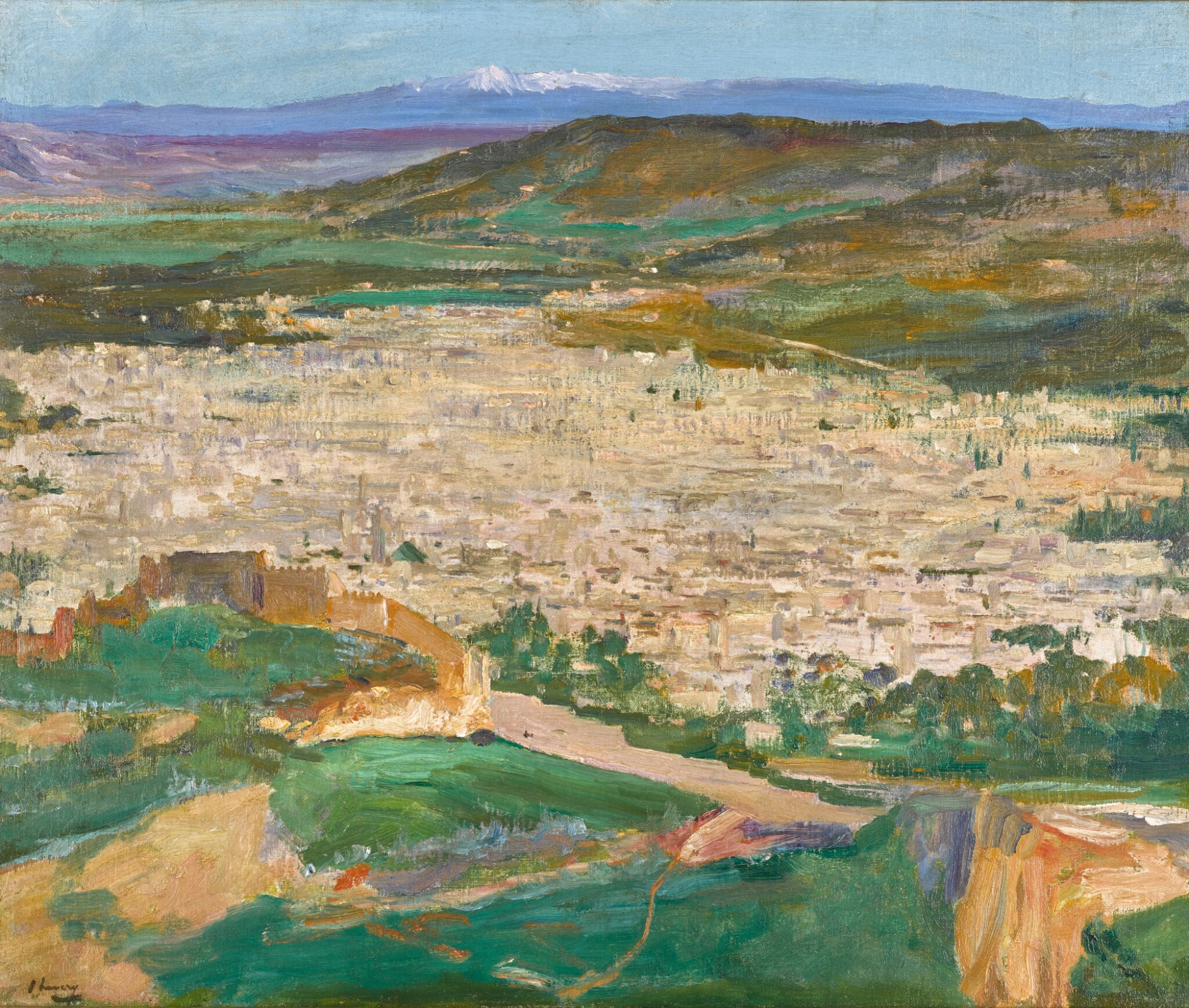 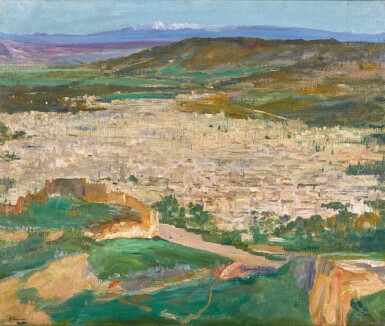 The following condition report was kindly provided by Simon Parkes Art Conservation, Inc.: This work has been restored and should be hung in its current state. It is painted on a large piece of canvasboard. The painting is clean and varnished. The artist intentionally incorporated some scraping and thinned pigment as part of his technique. There are no retouches throughout the entire landscape. The paint layer had become unstable in the thin strip of sky, and small losses have been retouched here. These retouches are clearly visible under ultraviolet light.

During the winter of 1919-20 Lavery made what was to be his final visit to Tangier. A recently recovered group of letters indicates that the painter, his wife, Hazel, and step-daughter, Alice, had arrived in the city by 7 December 1919, and were staying in the villa of Lavery’s old friend, the Times correspondent, Walter Harris.

With an exhibition in mind, Lavery planned painting trips to the ‘imperial cities’ of Marrakech and Fez when all of his practical difficulties were solved. Letters to his daughter, Eileen, and his son-in-law, the Master of Sempill, indicate he set off from Rabat, first to Marrakech and then to Fez where he, Hazel and Alice arrived on 10 April 1920. Earlier suggestions that the present work must have been painted in December 1919, supported by Lavery’s mis-dating of it, can now be discounted. It was in fact Lavery’s second visit to Fez.

As had been the case on his first visit in 1906-7, the sight of this ancient settlement in the plain of Oued, as one approached from the hills was so striking that it merited a roadside stop – the result of which is the present canvas-board. Established in 791 by Idris I, it is encircled by fortifications, nine miles in diameter – a section of which are clearly visible in the picture’s foreground.

Unlike the small City of Fez (1907), seen from a housetop viewpoint, here we are given a magnificent sweep of country looking into the distance to the sharp crystalline peaks of the Middle Atlas range. The Andalusian white architecture of the north meets the red fortresses of the southern Maghreb. The ancient Fez-el-Bali Medina, the northern market destination for the gold traders of Timbuktu, lay before him like a dream of Xanadu – but one recorded with superb executive skill. This was no mere topography but un coup de foudre.