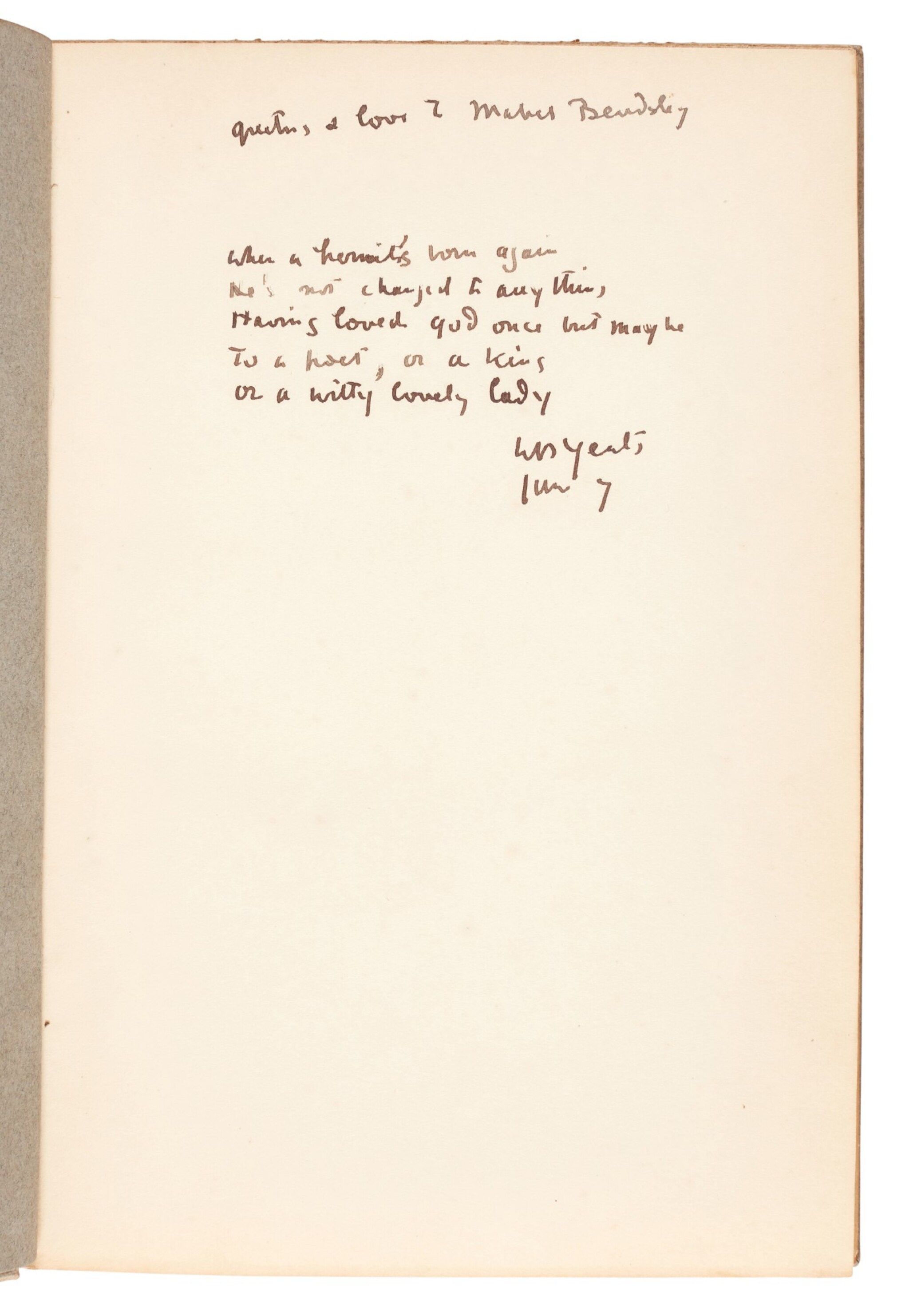 Responsibilities: poems and a play... Dundrum: The Cuala Press, 1914

8vo, FIRST EDITION, PRESENTATION COPY INSCRIBED BY THE AUTHOR TO MABEL BEARDSLEY (“Greetings + love to Mabel Beardsley | When a hermit's born again | He's not changed to anything | Having loved God once but maybe | To a poet, or a king | Or a witty lovely lady | WBYeats | Jan 7") on front free endpaper, number 288 of 400 copies, original linen-backed boards

INSCRIBED BY YEATS TO A TRAGIC MUSE

Mabel Beardsley (1871-1916) was the elder sister of Aubrey Beardsley and an actress (she married the actor George Bealby in 1902). Yeats would note, in reference to the Rhymers’ Club, that she was “practically one of us” and she became a regular at Yeats’ Monday evenings at Woburn Buildings. Yeats recalled their introduction to each other “like meeting King Arthur”. R.F. Foster notes that “as Aubrey’s sister, Mabel inherited a certain mystique”.

Yeats had lost touch with Mabel but just before Christmas 1912 heard that she had been diagnosed with cancer. Yeats wrote “I have never seen as much of you as I would” and he began to visit her bedside. As noted by Foster, “As her strength slowly declined, Mabel kept Sunday afternoon for WBY alone; the invalid’s ‘passion for reality’ and the gaiety with which she approached death inspired him to a sequence of short poems, ‘On a Dying Lady’… These poems, he told Farr, were ‘among my best and very unlike anything I have written before’…” (see Foster, W.B. Yeats – A Life, 1998, p. 486).

The inscription is adapted from 'The Three Hermits', printed on pages 23-24 in the collection.